Heidi Alagha co-anchors Texas Today every weekday from 4:30 to 7 A.M. 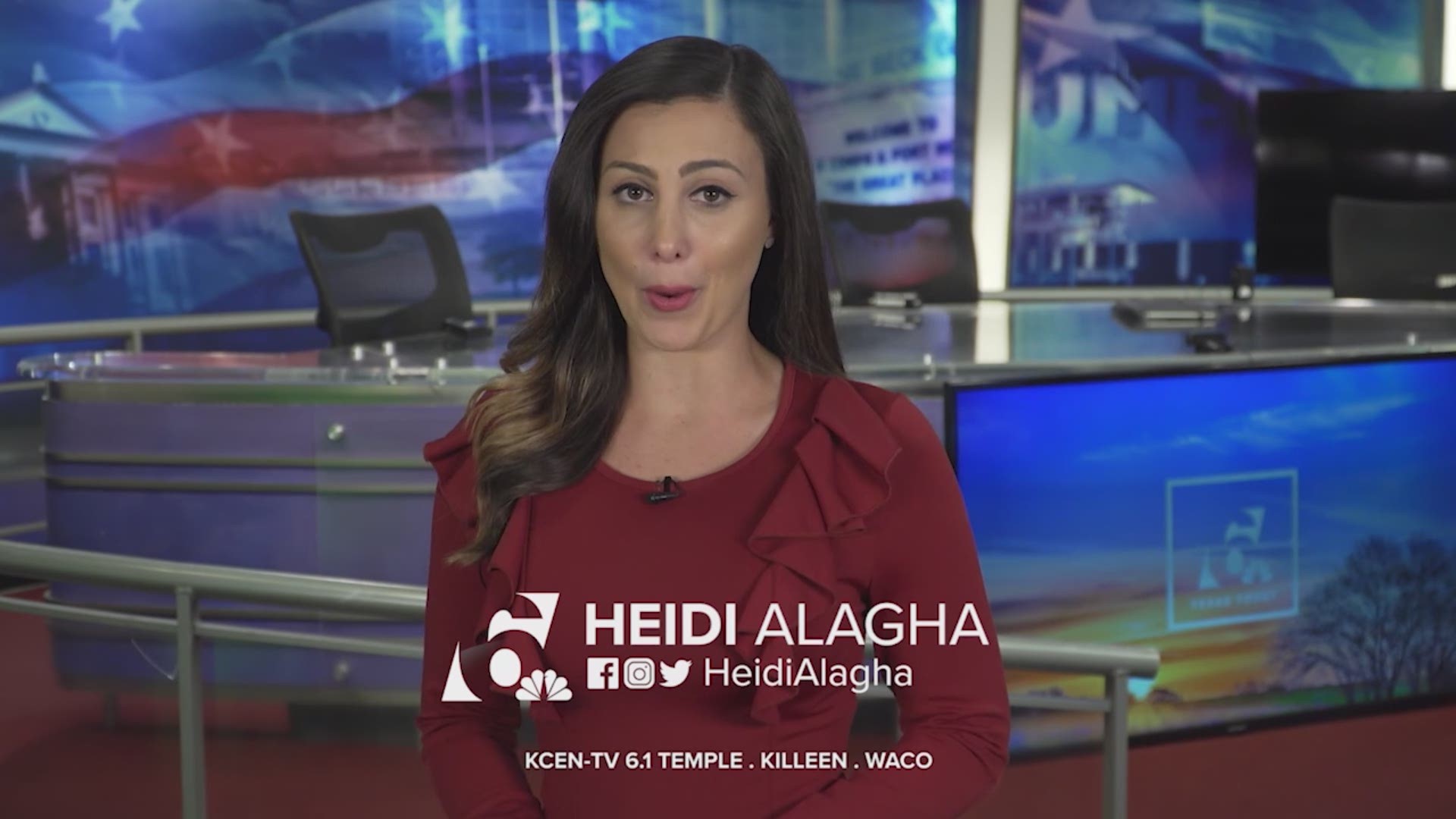 Heidi Alagha co-anchors Texas Today every weekday from 4:30 to 7 A.M.

Heidi joined Channel 6 News in August of 2016 as the anchor of Early Texas Today and reporter. After spending over a year in the role, Heidi was promoted to the main anchor position on Texas Today.

Prior to her move to Central Texas, she spent over a year in Abilene, Texas serving as the morning news anchor and producer for KRBC News.

Although her career is keeping her moving from city to city in Texas, Heidi was born and raised in San Diego, California. Before she got her start on air, she worked as a producer and writer for KUSI's Good Morning San Diego.

She graduated with a bachelors degree in Journalism and minor in History from San Diego State University at just the young age of 20 years old.

Aside from being a news junkie, Heidi likes spending most of her days off with her dog Louie, watching movies, and exploring central Texas.