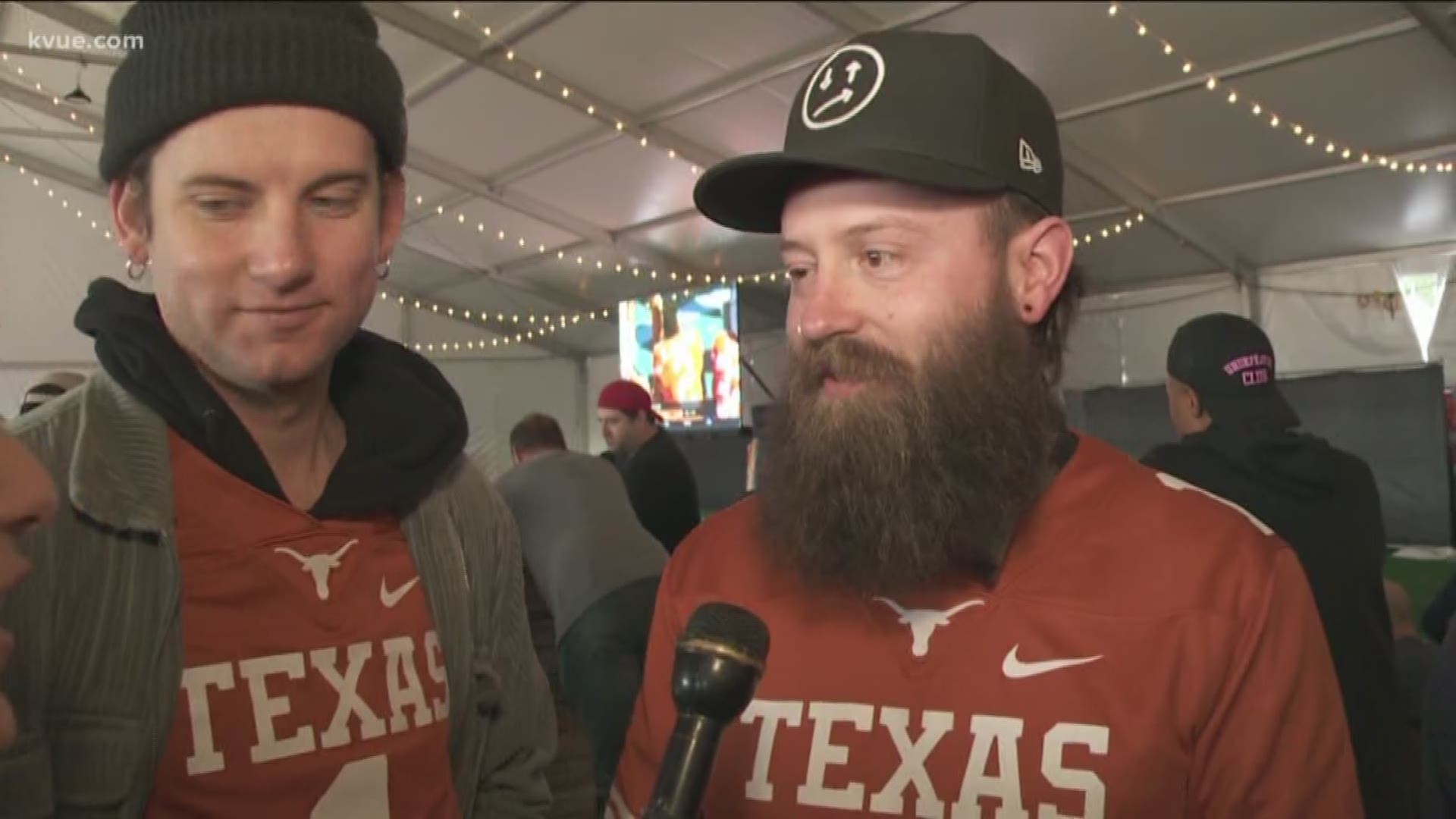 AUSTIN, Texas — What do the stars do when they're not performing at Austin City Limits Music Festival?

Well, Nashville rockers Judah & the Lion spent their downtime rooting on the Texas Longhorns during the Red River Showdown against the Oklahoma Sooners.

"Very embarrassed because I actually listen to their music, but did not know who they were until I asked their names," Flowers said.

"We're supporting the local cause of college football," vocalist and guitarist Judah Akers said. "Obviously, a big rivalry today and obviously being in Austin, the energy over here is pretty cool."

"It's always fun like, watching people support their team, rooting for it, getting stoked and it got electric here just a minute ago, so it's fun to be a part of," banjo player Nate Zuercher said.

"We kind of run the gamut on fandom as a band, but we like to support the cities we're in," mandolin player Bryan Macdonald said.

The band wasn't alone cheering on Texas in the Beer Hall. Lots of Longhorn fans stopped by to show their support – or distress, depending on the play.

Red River Showdown: The history behind the Texas-Oklahoma rivalry

While the game didn't turn out the way Longhorn fans were hoping, music fans can count on Judah & the Lion to play at 5 p.m. Saturday at the T-Mobile stage.

"It's been so amazing. The set last week was so fun," Akers said. "The energy here is just – is awesome."

WATCH: Music fans bundle up for the start of ACL Fest Weekend 2

Fort Worth police officer kills woman inside her own home, officials say