Taylor Bennett rides the wave of positivity at ACL Fest 2019

“Be yourself – the idea is to open up the vibes of acceptance,” said Chicago rapper Taylor Bennett, brother of Chance the Rapper. 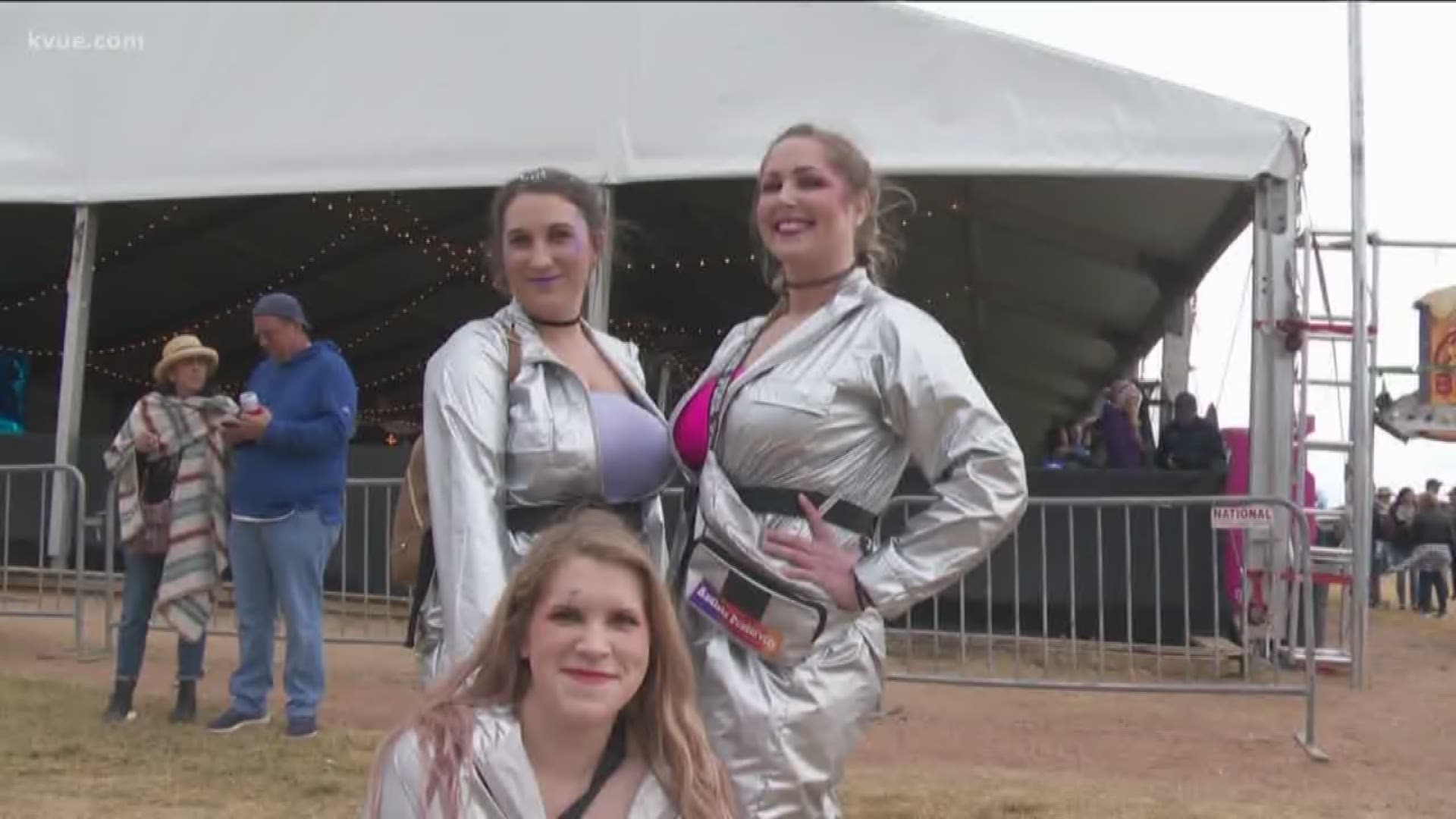 AUSTIN, Texas — You might have noticed a theme of positivity among the artists at Austin City Limits Music Festival this year, and no one embodies that more in the hip-hop world now than Chicago rapper Taylor Bennett.

But it hasn’t always been that way. Bennett grew up making music with his older brother, Chance the Rapper, and he told KVUE he never expected to be rapper.

“I think I saw it as a way out [of the environment he grew up in], but I also didn’t think it was possible,” said Bennett. “I think people say that, ‘I’ll become very famous,’ and you would love to be a rapper but it’s not really a way out because it’s not something that really gradually happens to a lot of people.”

And while Bennett works closely with his brother, he is carving out a path as a rapper in his own right.

In May, Bennett released the “American Reject” EP, the third in a trilogy. The theme that runs through them all is “be yourself,” which is more than just a motto for someone with a successful sibling.

He has found his success by dropping the façade so common in rap music and just, as he says, being himself – coming out as bisexual, rapping under his given name and not being afraid to channel other genres not typically associated with hip-hop.

“Be yourself – me being bisexual and also being African American, it’s about a way to be empowered … because there is an isolation mentality,” he said. “Be yourself, the idea is to open up the vibes of acceptance.”

Bennett said the "be yourself" campaign was a way to encourage his fans to express themselves. The cover art for “American Reject” is a twist on the famous “Sgt. Pepper’s Lonely Heart Club’s Band” collage of people, showing a cross-section of America.

“I wanted to make sure that I included the title ‘American,’ and show so many different spectrums, from trans people to African Americans, to police officers to Ku Klux Klan members,” he said.

Even at 1 p.m. on a Saturday, Bennett brought a community feel to his performance, centered around the unity of rejection. You could tell as soon as he came out and asked the audience to walk closer to the stage.

The crowd sang (and jumped) along to songs like “Minimum Wage” and “Broad Shoulders,” which are about realizing your self-worth.

Bennett said ACL was the first festival he ever played, and he wanted to give back.

On Saturday, Bennett gave away a “be yourself” hoodie in honor of Friday’s National Coming Out Day and told the crowd he was a proud member of the LGBT community.

Then he opened up a “mosh pit,” but there was no violence – a communal circle of fans jumping, rapping, singing and enjoying the moment.

Bennett goes on tour next year with his brother, Chance the Rapper, and Lil Yachty.

“I’ve never gone on a major tour before or done a tour with Chance, so I’m super excited,” he said.