The drums, the calling off the ancestors, and the three lap walk on Avenue D were to celebrate Juneteenth, seasons, purpose and harvest. 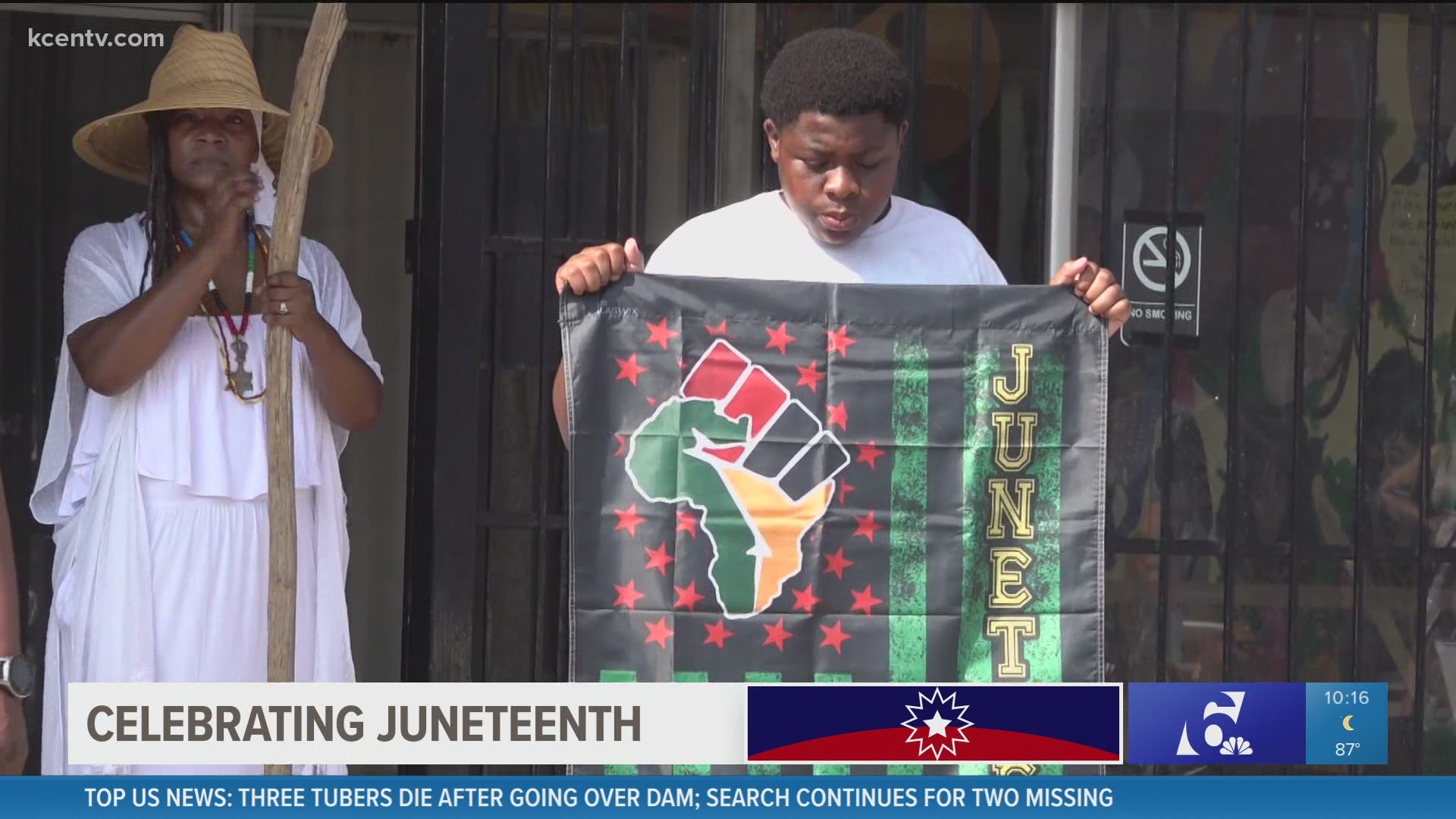 The drums, the calling off the ancestors and the three-lap walk on Avenue D were to celebrate Juneteenth, seasons, purpose and harvest.

Juneteenth is the commemoration of the end of slavery in the United States. It is celebrated on June 19, the date when the last enslaved African Americans in Galveston, Texas learned they were free in 1865. For Army veteran Tim Tunsdale, the day has a double meaning.

"What people don’t know is that it was the United States' colored troops who came with Gen. Granger to Texas. Eighty percent of those Army soldiers became Buffalo Soldiers. So when we honor Juneteenth, we also honor Buffalo Soldiers," Tunsdale said.

In May, Russell asked Killeen City Council to fly the Juneteenth flag in front of City Hall. His request was denied, so he decided to have a flag raising ceremony at the Black Innovation Chamber of Commerce building and give out 200 Juneteenth flags to the community.

On Saturday, The Innovation Black Chamber of Commerce will have a Juneteenth 5K at Lions Club Park to provide relief grants to black-owned businesses in need of funding. The run starts at 8 a.m.