Saved! Killeen singer Rose Short advances to finals after nearly being knocked out on ‘The Voice’

After not getting enough viewer votes to instantly advance to the finals Tuesday night, Short competed against the bottom three for the last spot. 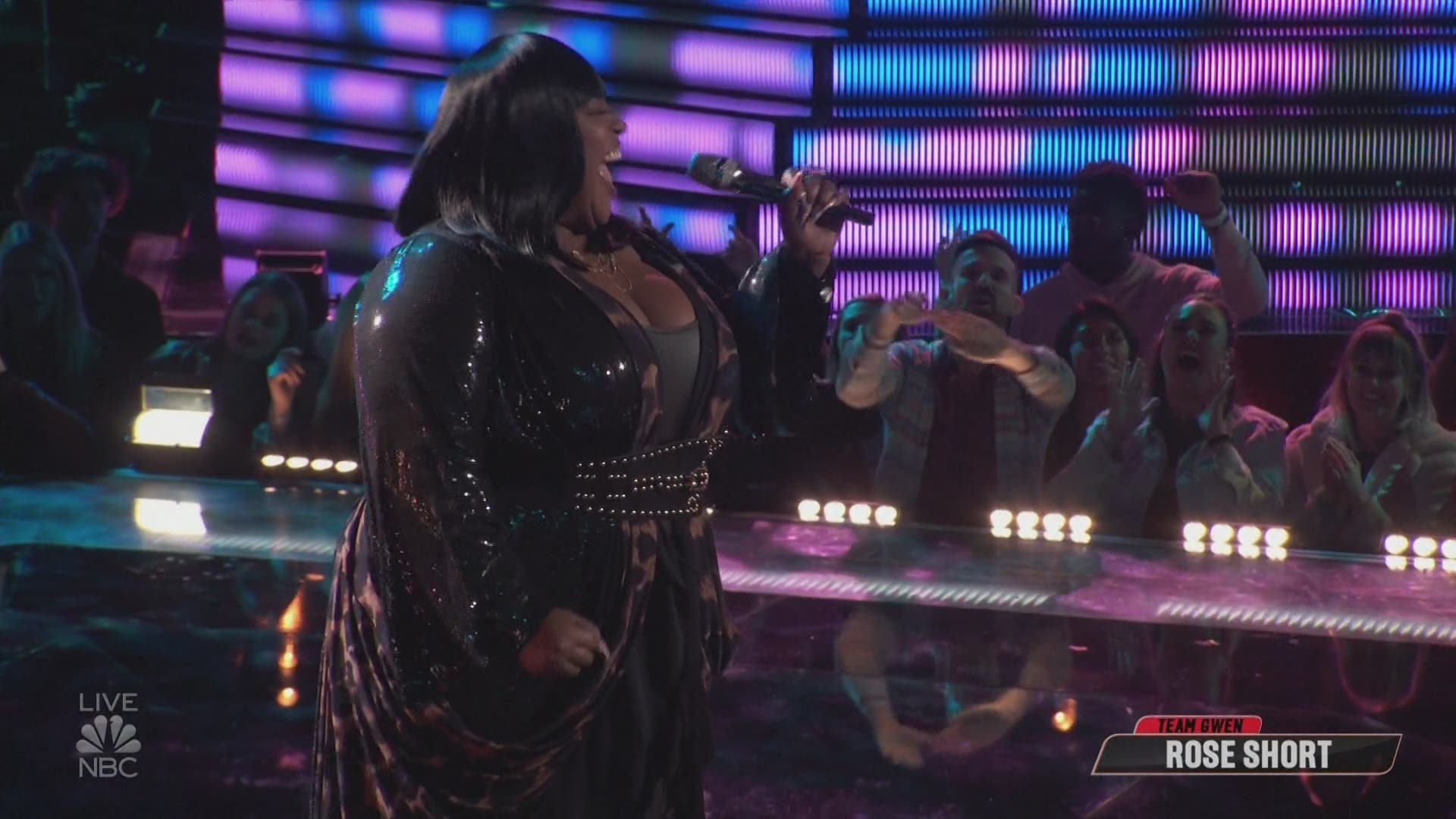 Killeen singer Rose Short made it to the top 8 and learned Tuesday that she is going to the final round of “The Voice.”

After not getting enough viewer votes to instantly advance to the finals Tuesday night, Short competed against the bottom three for the final spot.

Short left her soul on the stage with a powerful rendition of Aretha Franklin's "Natural Woman." She once again left coach Gwen Stefani in tears.

The voters came through for Short in the Wildcard Instant Save!

RELATED: Were fans amazed enough to vote Killeen singer Rose Short to the next round of 'The Voice?'

After her performance, Short said the finale promises to showcase a testament of her journey.

"The lyrics to the song are beautiful," Short said. "It peaks about who I am as a person and how I had to fight for everything that I've had in my life."

Short said she's just going to have fun on the finale show.

"It is what it is. I'm not going to stress myself out about nothing."

Short performed the song “I Want to Know What Love Is” by Foreigner Monday night, which brought some of the judges to tears.

RELATED: 'The Voice' | Rose Short made it to the next round! Tune in Monday to watch her sing again

Gwen Stafani truly showed her support for the final member on her team after the powerful performance.

Although each group and solo performance let each voice shine, Tuesday night, the final eight will be narrowed down to the final four.

Cutting the finalists in half, Rose Short made it through!