Director Robert Greene's newest film is a display of selflessness, and a vital new chapter in the dark saga of abuse covered up by the Catholic church.

During a brief break between takes on one of the several short films collected in “Procession” – Netflix’s new documentary that is part-anthology, part-making-of, part-marvelously poignant portrayal of artistic kinship – one of the six men participating in an initially dubious experiment to shake loose the grasp of past horrors likens his crew to the Avengers. It isn’t the first time Michael Sandridge makes the reference; that would be much earlier, when he first meets the five other middle-aged survivors of abuse by Catholic priests with whom he’ll endeavor to recreate those traumas in order to overcome them. That initial name-drop in “Procession’s” opening minutes sounds hypothetical. The second time around, you hear something else in Sandridge’s words: belief.

You might sense newfound belief in yourself, as well, and the culmination of your own journey while watching director Robert Greene’s newest film. For how much his incredible and incredibly empathetic work comes around to convincing us about the power of movies in a way that’s several hundred degrees removed from succumbing to the bombast of “Dune” (or, for that matter, cheering on the heroism of Iron Man), its opening scenes are disconcerting. An early rendition of a mass service feels surreal even before the priest’s eyes glow swampy-green, and the first time the six men at the center of “Procession” occupy the same room, it’s because they’ve convened to learn more about the process of drama therapy.

In their case, that means confronting the toxic behaviors they were subjected to at the hands of exploitative clergy by dramatizing the events which have lodged in their psyche, the perpetrators of which have gone largely unpunished either because the statute of limitations has passed or they died before being held accountable. Any reasonable-minded viewer would implore them to stand up and leave, and for Greene to find another tale to tell. It turns out these men have more willpower than we initially give them credit for.

As a shepherd of some of the most vulnerable stories we can imagine being captured on camera, Greene treads lightly, taking care to capture the early flickers of skepticism in his subjects’ faces, as well as the drama therapist’s reminder that the project can end at any point they choose to end it. Is this the director covering his bases? Perhaps, until we remember any clear-minded person would raise an eyebrow at the concept of reckoning with trauma through roleplay.

What Greene is really doing is staking out the emotional through-line, showing the early stages of commitment before these men discover bravery, courage and belief for themselves (“I’m not going to self-flagellate in front of a camera,” one of them says early on). By the time we see them traveling to scout locations for their shoots, a role-reversal has occurred—Greene is now the one following their lead, turning our initial skepticism into a vote of confidence. Any hesitancy we think we might have heard in his subjects’ voices turns into sheer fortitude.

“Project” is the go-to term for these six men as they casually discuss the costumes, lines and framing of their short movies, but it’s the catharsis that surfaces while directing or acting out their memories that reveals the endeavor for what it really is: an act of salvation via filmmaking, a brotherly communion of survivors who find in each other the grace which had long eluded them. Vitally, Greene incorporates their films into the fabric of “Procession” through the lens of his subjects’ directorial approach, rather than his point of view as an experienced filmmaker. Every now and then this means a pivot in aesthetic – a gliding camera to replace Robert Kolodny’s handheld cinematography, an exaggeratedly ceremonial tune – but there’s never any mistaking when we’ve slipped into these subjects’ memories and when we’ve re-emerged.

“Procession” is one of those marvelously edited documentaries that deceives us into thinking we’re watching its subjects grow in real time, even as what’s being depicted happens, we’re told, over a period of a few years (a timeline isn’t made totally clear, but that’s not necessarily a flaw). Doubt melts into confidence. Differences shrink away amid mutual goals. Six prior strangers become the closest of companions. Watching the short films they create may give “Procession” its momentum, but its richness is derived in the moments between takes, in the sense of community that comes to bind them as they will themselves and each other forward. The movie knows better than to pull them aside for sit-down, perfectly lit talking-head interviews; the messiness of spontaneous emotion and reconstructive vulnerability is the kind of truth Greene is seeking, and captures in spades.

The faces of the priests, meanwhile, are limited to a smattering of photos, the details of their abuse virtually undiscussed. That’s no small choice on the part of the director; he knows what he’s doing by keeping the focus on the victims. “Procession,” in turn, also becomes a documentary about the power that items and places can continue to have over us after years or decades, and the possibility for that power to be ruptured.

As these filmmakers begin to put a period on the parts of their lives where there had only been an ellipsis, “Procession” becomes a sort of counterweight to another Netflix documentary fashioning itself into a meta reclamation of agency over oft-undiscussed subjects, last year’s “Dick Johnson Is Dead.” Kirsten Johnson’s movie deals in the inevitability of things to come while Greene’s captures liberation from the past, turning them into a complementary pairing about the power we discover we hold in the present.

The space between these individuals’ traumas and the bigger picture of rampant abuse by Catholic priests is almost inconceivably vast, emphasized by lead-plated background choruses and a persistently somber mood driving home these bleak realities while coming perilously close at times to a tonal bloodletting. This sense of impossibility, ultimately, serves to sharpen the spiritual victories which are to come; it’s a testament to the selflessness of Greene’s direction that these six men come to fill that vastness with the fullness of brotherhood, the self-empowerment of a kind they’ve never known before. Maybe we shouldn’t be surprised. After all, “process” is right there in the title.

"Procession" is rated R for language. It's now streaming on Netflix. 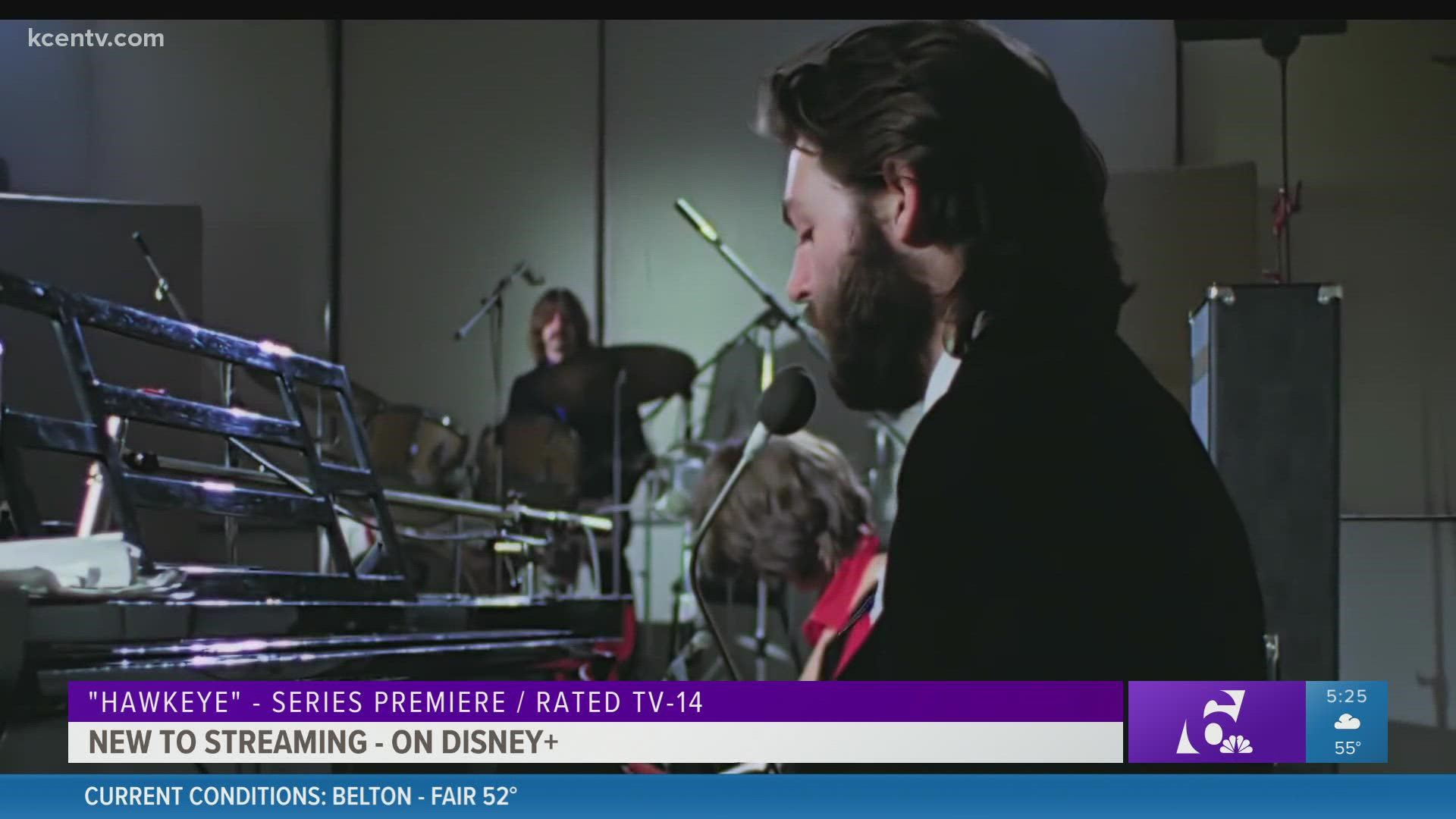