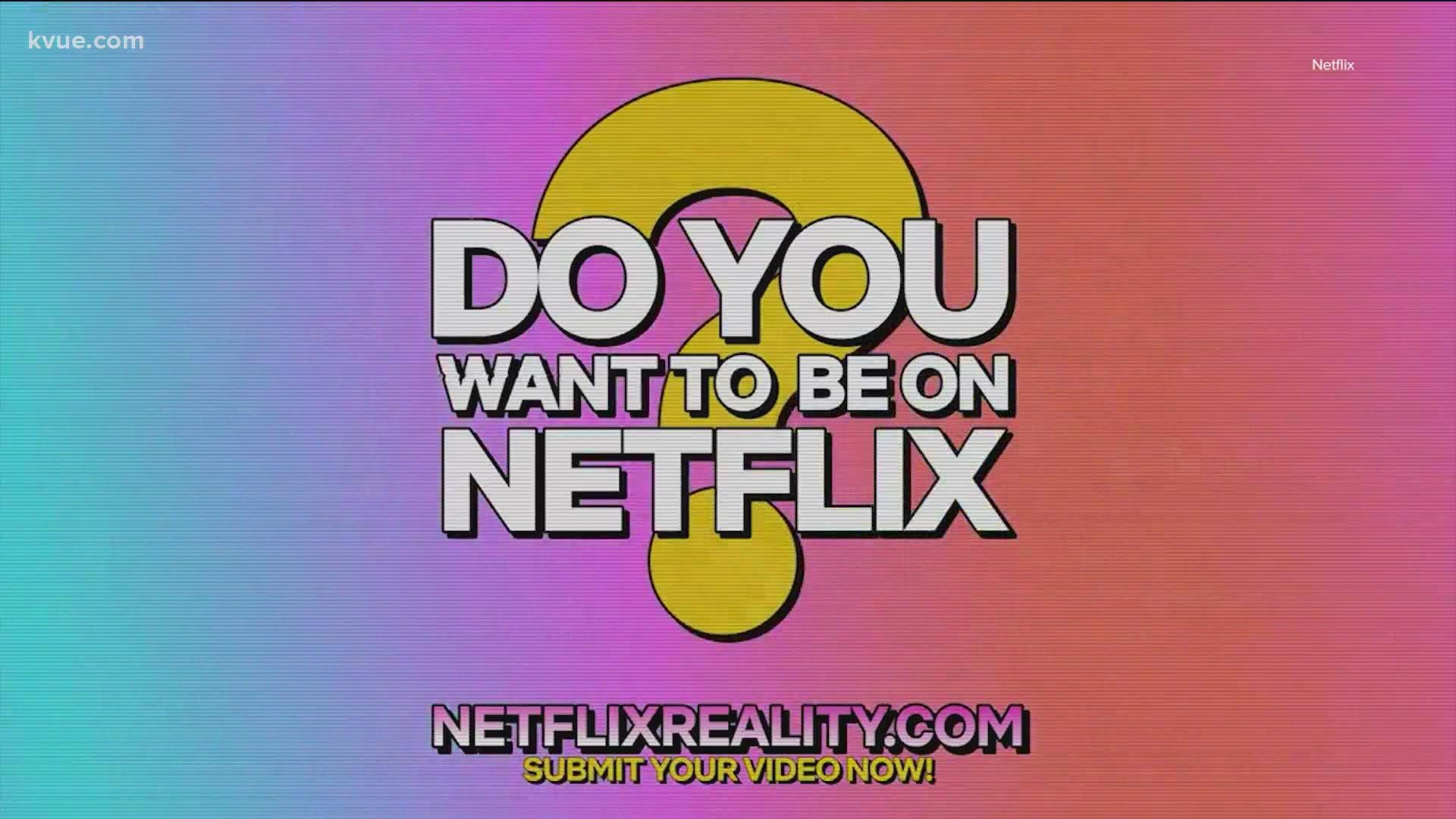 AUSTIN, Texas — Do you have what it takes to be Netflix's next big reality star? The streaming company is currently casting for a new show based in Austin.

Netflix has launched a new website, NetflixReality.com, which it's calling the "largest reality casting call ever." Through the website, people can apply for their favorite type of Netflix reality shows, from cooking to dating to social experiments.

Applicants must be at least 18 years old and a resident of the U.S., Canada, the U.K. or Ireland. To register, you can submit a one-minute audition video showing off your "real self."

One of the shows on the hunt for its stars is a newly-ordered series called "Roaring Twenties." Netflix describes the show as the coming-of-age story of eight twenty-somethings looking for love and success in Austin while learning to navigate the "new normal" we're all experiencing.

The submission page for the show asks that applicants in their 20s who are "ready to let loose" submit a video explaining "why you're looking to live the best years of your life in the biggest, boldest way possible!" Applicants can submit their video for the show here.

The Austin Business Journal recently reported that Netflix has leased about 20,000 square feet in East Austin. ABJ said Netflix would be filming in the city and would use its space at 2008 Alexander Ave. for production. It isn't clear if "Roaring Twenties" is the show Netflix leased the property for.

This also won't be the first time Netflix has shot a reality show in Austin. The upcoming sixth season of the hugely popular show "Queer Eye" will be set here.