How to stay safe as heat returns to CTX

Dr. Greg Newman, medical director at Baylor Scott & White Hillcrest Convenient Care in Waco said our bodies have to get acclimated to the warmer temperatures. 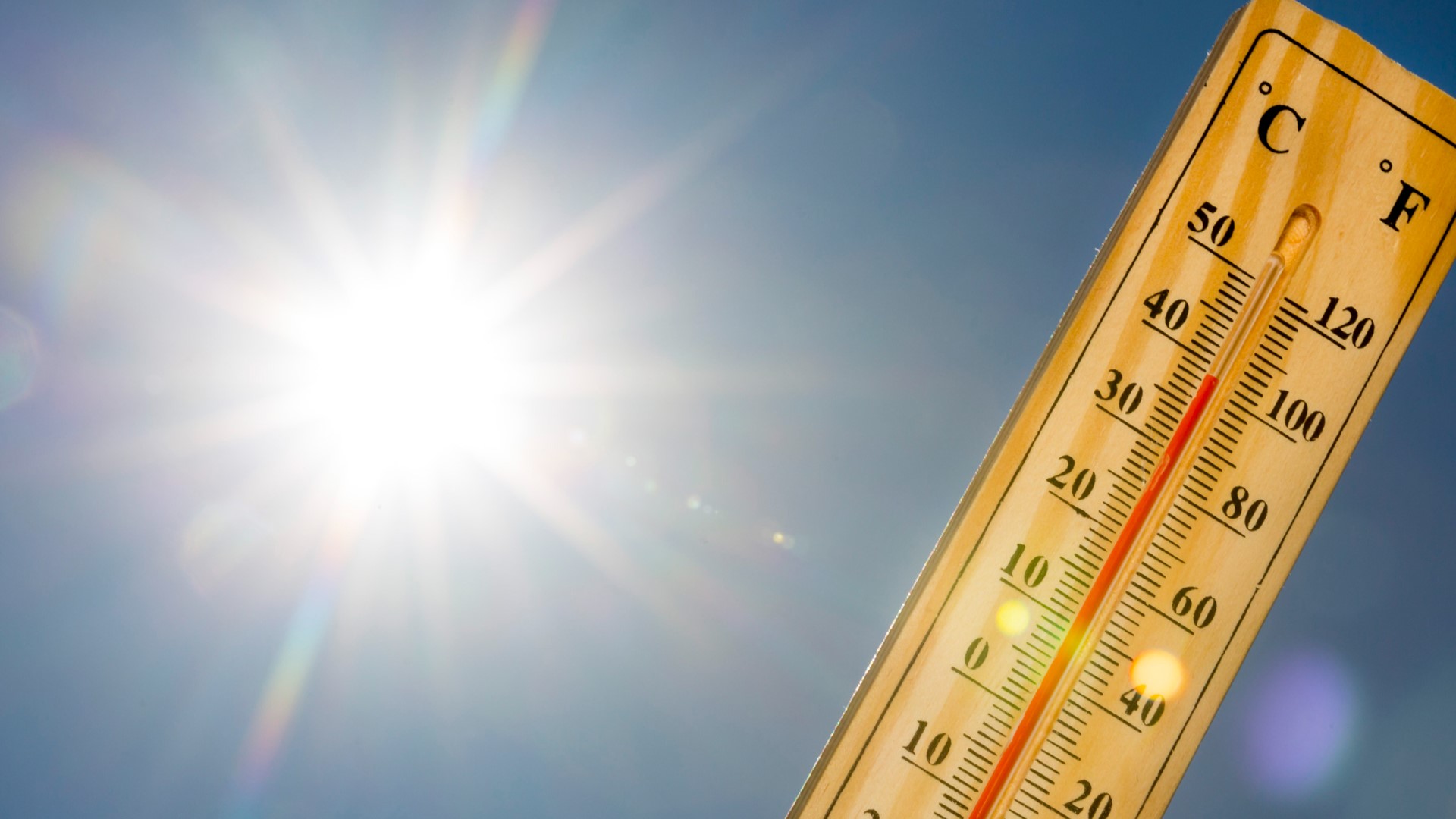 TEMPLE, Texas — Many Central Texans are ready to go outside again, after getting several showers in recent weeks.

Texas Today meteorologist Zac Scott said we won't experience extreme heat in Central Texas just yet, but temperatures are going up as we get closer to summer.

"We are looking to likely experience our hottest week of the year so far," Zac Scott said.

He added that due to the rain, temperatures have been lower than our seasonal average.

"The actual air temperature will be in the lower to mid 90s but when we talk about that heat index and that feels like temperature, that's going to be higher because there's going to be so much moisture in the air that it's not going to allow our bodies to cool properly," Scott said.

Dr. Greg Newman, medical director at Baylor Scott & White Hillcrest Convenient Care in Waco said our bodies have to get acclimated to the warmer temperatures. The mugginess we will experience will also make it difficult to breathe, especially for those with respiratory disease.

"They may have to watch how humid it is outside and some of those air irritants that are in the air and the air being a little thicker for them, it may exacerbate their symptoms and they need to be aware and also have a way to help those symptoms as prescribed by the doctor," Dr. Newman said.

A big concern that comes along with warmer temperatures, according to Dr. Newman, is protecting yourself from the sun and staying hydrated.

"You can dehydrate and it's going to take you a while to get over that if you don't keep up with your fluids so it can keep you out for the rest of the day or maybe the next day trying to sit at home in the air conditioning getting those fluids back on board. So it's better to go ahead and make sure you're hydrated before you go and then have plenty of hydration while you're there," Dr. Newman said.

He recommends a healthy meal and plenty of water before you head out and while you're outdoors. Also, try to avoid caffeine, alcohol, and drinks with a lot of sugar.

"We're not used to the sun when we've come out of the winter especially because we've been inside a lot due to COVID-19 as well. So make sure you have a covering, a good hat, or good clothes that are sun protected or use sunscreen," Dr. Newman said.

He encourages people to plan ahead to keep you and your family safe.