When the pandemic hit, although they were deemed essential, they noticed a significant drop in business. 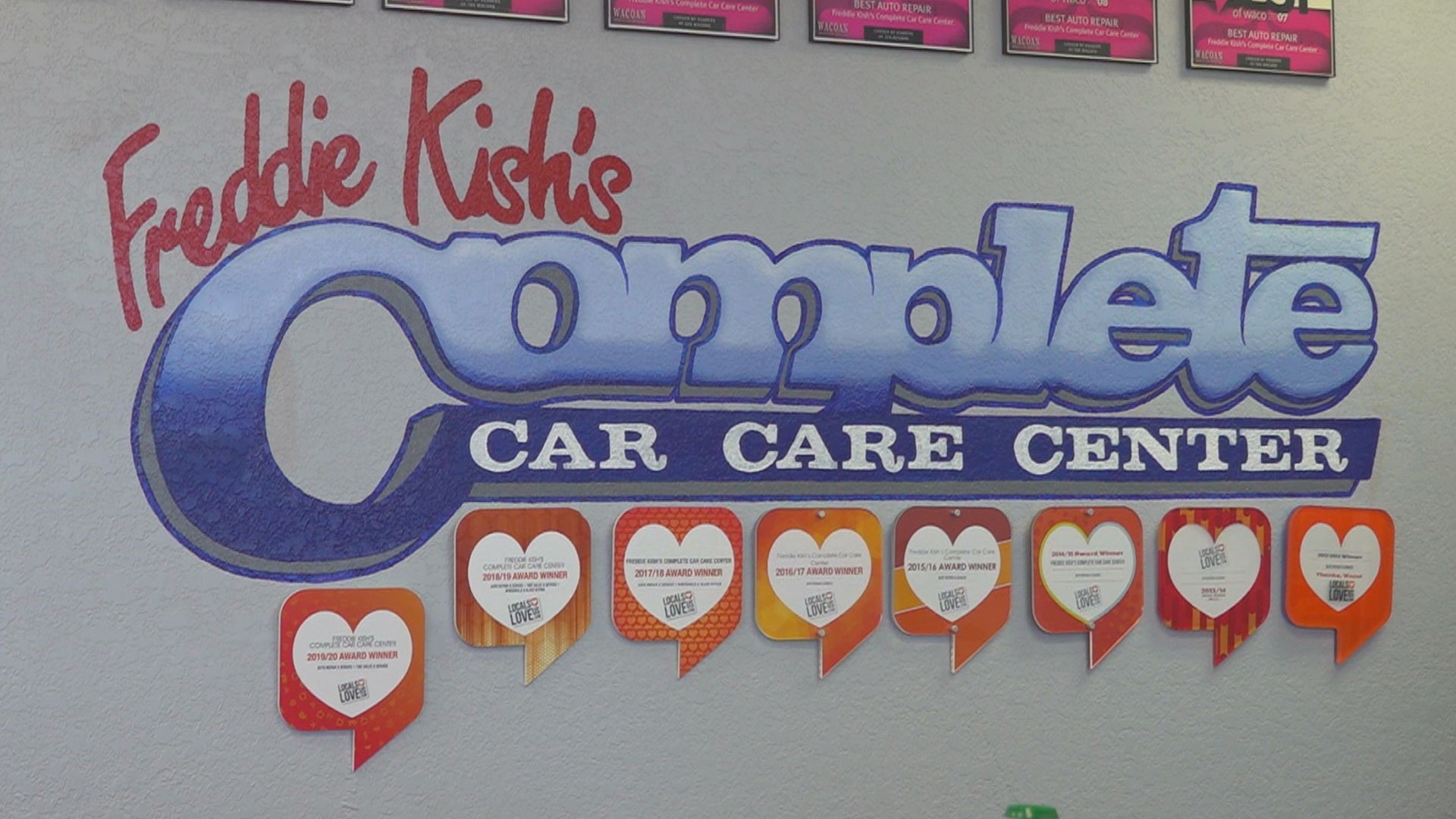 Freddie and Jeanna Kish, opened their business Freddie Kish's Complete Car Care Center in Waco in 1998 with steady growth, even winning several awards over the years.

When the pandemic hit, although they were deemed an essential business, they went from seeing an average of 160 vehicles per week to only about 50.

David DeRosier the general manager, who's been working there since 2002, said he and the owners were immediately concerned for their employees.

"That's a pretty scary and pretty significant drop, but we didn't panic, we planned," DeRosier said.

Freddie Kish's Complete Car Care Center
We get pumped up for as we travel back to 1947 Los Angeles, whe... n the first self service gas station opened. (Attendants still had to manually turn the pump back to zero.)

Things took a turn when they implemented contact-less services. They began to offer pick-up and delivery, while taking all the safety precautions necessary.

DeRosier said they even broke a sales record from 2008 in July.

"It's great to break a record that's that old that you think we're probably never gonna break that record," DeRosier said, "and sure enough we broke it and then the next week backed it up, and broke it again."

DeRosier said he and the owners attribute their success to their staff and their customers who trust them.

"We've got a lot of clients, that it goes beyond just working on their car," DeRosier said. "We have built true friendships with a lot of our clients and that's what it's about."