Rajah Caruth, 19, just signed with Alpha Prime Racing and will be a part of NASCAR's 2022 season. 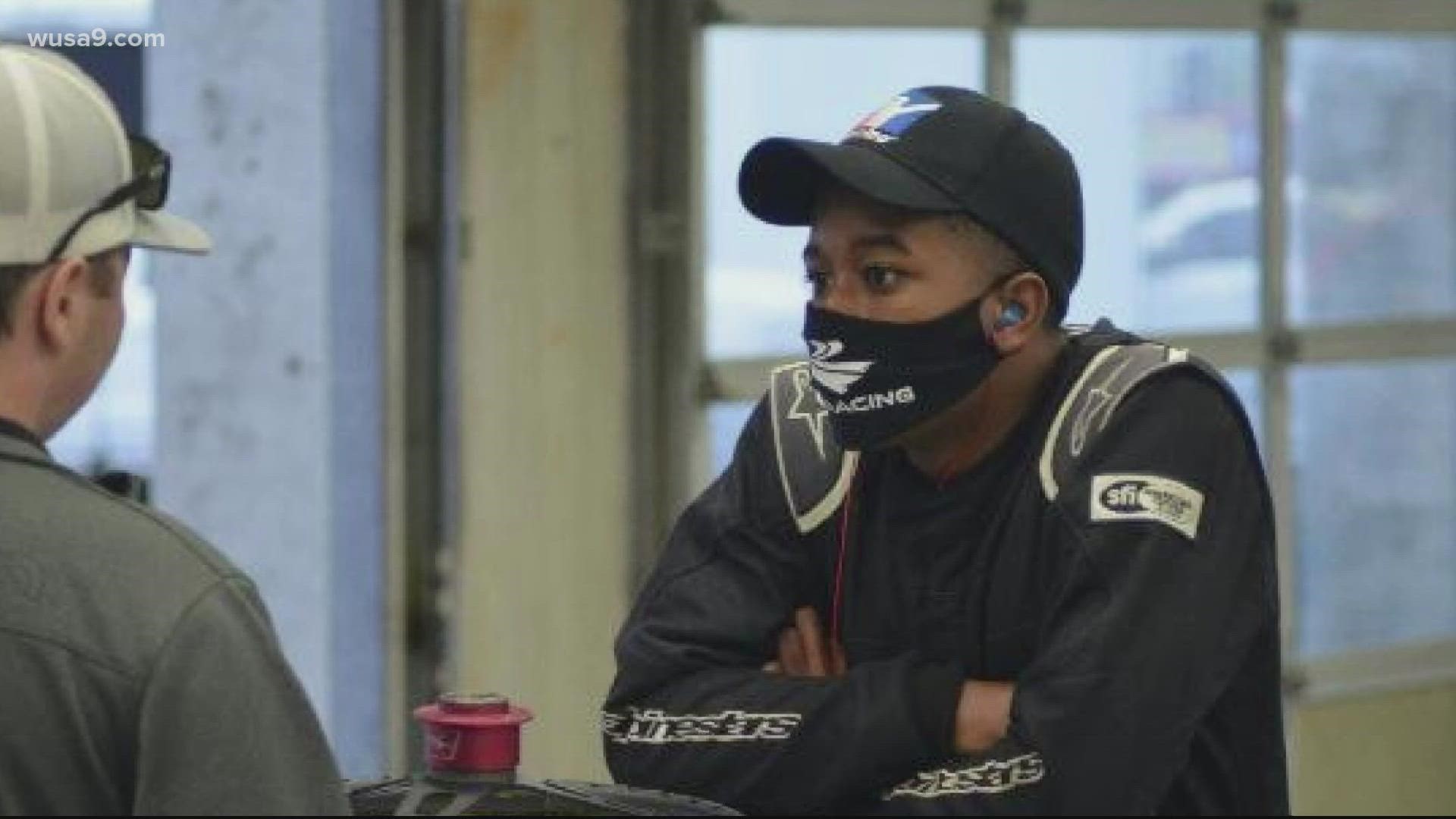 WASHINGTON — A D.C. teenager who has long dreamed of racing for NASCAR just made that dream come true.

Rajah Caruth, 19, signed with the newly formed Alpha Prime Racing on Monday. He'll run a part-time schedule in the NASCAR Xfinity Series next season. He'll be behind the wheel of the No. 44 Chevrolet for races at Martinsville Speedway, Dover International and Richmond Raceway in 2022.

He will also continue to race as part of NASCAR's Drive For Diversity Program, the same program that launched the career of Bubba Wallace.

We spoke to him last year about what it's like to pilot a racecar.

"It’s a whole different animal when you get out there, but at the end of the day you just got to experience it to really understand," Caruth said.

In the meantime, off the track, he remains in school. He's a sophomore at Winston-Salem State University. He plans to graduate in 2024.

RELATED: This DC student has dreams of driving for NASCAR

RELATED: Get Up Give Back gives $1,000 to Open Goal Project