USO tour to make stop at Fort Hood on July 2 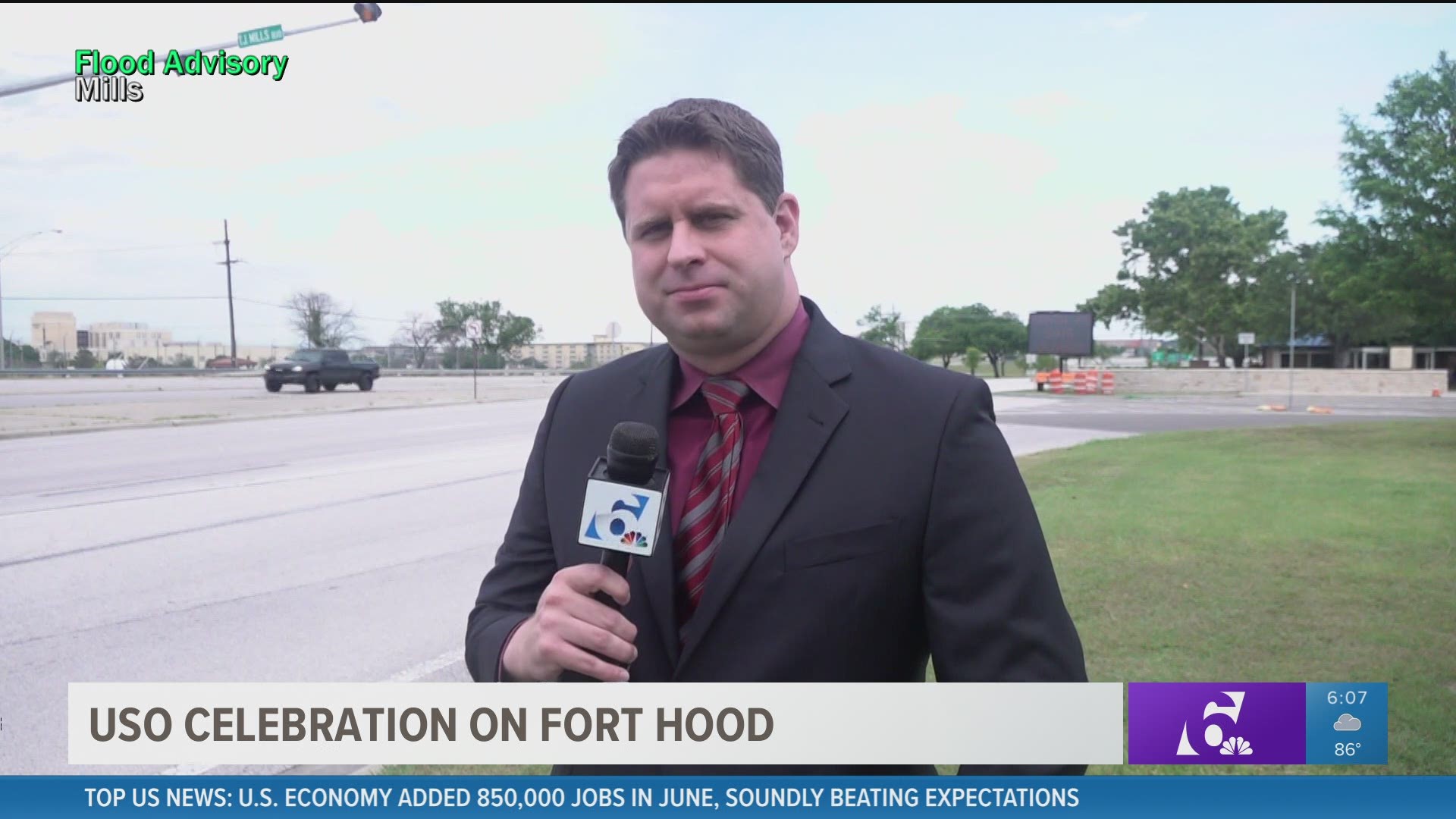 FORT HOOD, Texas — The eight-day USO Tour has kicked off and features a star-studded lineup of entertainment making stops at military installations across the country this week, including a stop at Fort Hood on Friday, July 2.

According to a press release, Vice Chairman of the Joint Chiefs of Staff Air Force General John E. Hyten is leading the charge to bring the events to both the United States and Cuba.

“The USO event represents an opportunity to say 'Thank you' to 90,000 soldiers across III Corps and Ft. Hood. As the world’s premier mounted force, your service is pivotal in the defense of the nation. Thank you and your families for volunteering to defend the values, ideals and freedoms we hold dear,” said Gen. Hyten.

The tour will feature country duo LOCASH, reigning Miss America, Camille Schreir, comedian Taylor Williamson and DJ J Dayz. The tour, which began Sunday at Guantanamo Bay Naval Station in Cuba, will arrive at Fort Hood for the show on July 2 before concluding at Walter Reed National Medical Center in Maryland on July 3.

In addition to the main headliners of the tour, actor Kyle Chandler will make an appearance at Fort Hood on Friday. Chandler is best known for his role as head football coach Eric Taylor in "Friday Night Lights," which followed the lives of a high school football coach, his family, and the players in a small Texas town.

Senior Enlisted Advisor to the Chairman Ramon "CZ" Colon-Lopez will also be on the tour and said this tour is coming at the right time for military personnel.

"The U.S. military appreciates the USO and their top-notch entertainers as they engage with our service members on a continued basis," said Colon-Lopez. "The timing of this special tour is not lost on anyone as it comes before we celebrate our Independence Day, remembering everything we have sacrificed across many generations to establish and sustain our way of life and freedom."

The USO has worked hard over the last year to bring entertainment to more than a million service members and their families through its Military Virtual Programming but this tour is the first time that in-person entertainment will visit multiple installations.

"Being able to return to live touring is our way of giving more than thanks to those who have done so much for the American people," said Christopher Plamp, Senior Vice President, USO Operations, Programs, and Entertainment. "Our service members and their families have been under tremendous stress and strain during the pandemic. Hopefully, going to one of our shows, seeing smiling faces, and being entertained will show them that the USO – on behalf of the American people – is there by their side."