Community members in Troy hold a new type of gameday

After tickets to the homecoming game were sold out, some members of the Troy community decided to get creative. 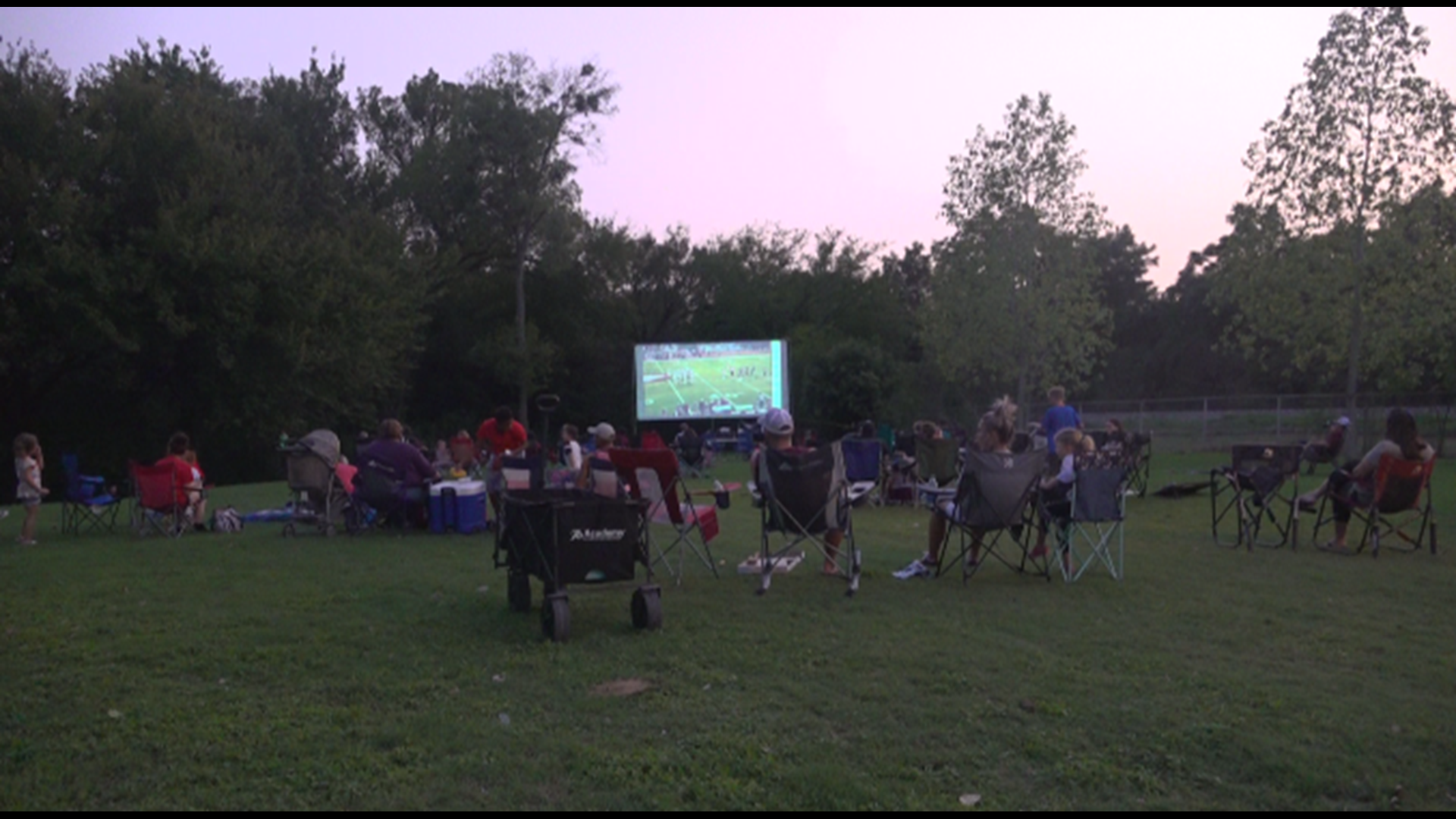 TROY, Texas — Homecoming for members of the Troy community, like most things during the COVID-19 pandemic, looks different. After tickets sold out for the Friday night game, some community members decided to create another option for fans to cheer on their team.

"I wanted the town to be connected and feel like we are at the game," said Toni Vick, one of the event organizers and a Troy City Council member.

A local park became a makeshift football stadium after a large screen and live stream was set up for attendees to watch. Vick said the live stream comes from a group called "Trojan Nation".

"Those are our boys on the field and our children out there participating in what they love to do," Vick said.

This is something familiar to Troy, in the spring and summer they screen movies in the park.

"You know a lot of people said they couldn't get tickets. All the tickets sold out, so this is the way to solve the problem," Dawn Jones with Project Troy said.

"We're helping out the community today setting up the big screen to air the Troy versus Franklin game," Jones said.

Vick said they got an affidavit signed from the mayor to hold the event. She said they recommended people to wear masks and social distance.

At the event, there was some social distancing and a few masks, but a few of the attendees that spoke with 6 News said they felt comfortable.

"Everybody's distanced. They are not really touching. They're fine. I'm not really worried about it," Attendee Samantha Zavala said.

During the game, local businesses also had food available for purchase.