Paying for the person behind you: Thousands participate in Virginia coffee shop's pay it forward movement

A small coffee shop in Fredericksburg, Va. is at the center of a massive pay-it-forward movement. What was expected to last hours, has continued on for weeks. 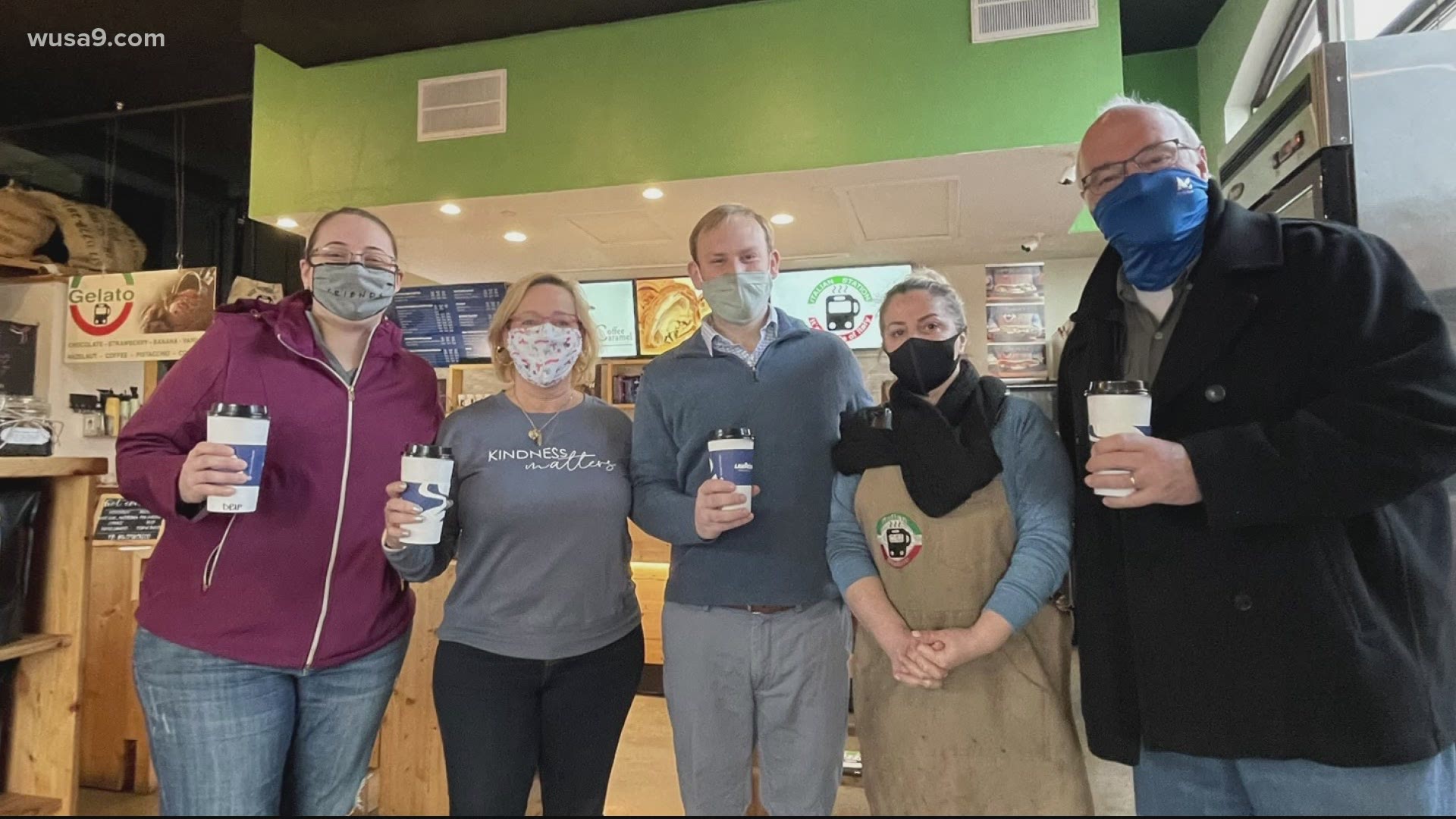 FREDERICKSBURG, Va. — The pandemic has brought a lot of hardships for people, especially for some small businesses. But even during a difficult time, a quaint coffee shop in Downtown Fredericksburg is spreading joy. Anita Crossfield opened Italian Station four years ago.

"The community of Fredericksburg is a small community with such a huge heart," said Crossfield.

Feb. 17 was 'Random Acts of Kindness Day,' so along with the local Chamber of Commerce, Crossfield wanted to spread some joy. She gave one customer a free cup of coffee, hoping they would pass it on, paying for the person behind them.

"It's at a time when such a small gesture can make a difference in our lives by buying a cup of coffee for a person behind you," said Crossfield.

What was expected to last hours, is now headed into its third week. A pay-it-forward movement no one was prepared for.

"Even though we had a snow storm and rainy days we still had good numbers. We are up to almost 1,400 people. That means 1,400 people have paid for a beverage for the person behind them," she said.

Organizers said they may have set a new record, but that accomplishment can't overshadow the joy this small gesture has brought to so many people in the community. The hope is that this will catch on in other areas.

RELATED: Young girl starts sock drive to help those in need | Get Uplifted

"This can happen anywhere in the world. Kindness is something I stand by and stand for and with that, we can do a lot of good things," said Crossfield.

Those behind the movement are taking the steps to enter this as an official record. They said they hope to keep this going as long as the community wants to participate.