Dallas Cowboys owner Jerry Jones brought his mega yacht, which is the size of a football field, through Seattle this week and even dwarfed a passing ferry boat. 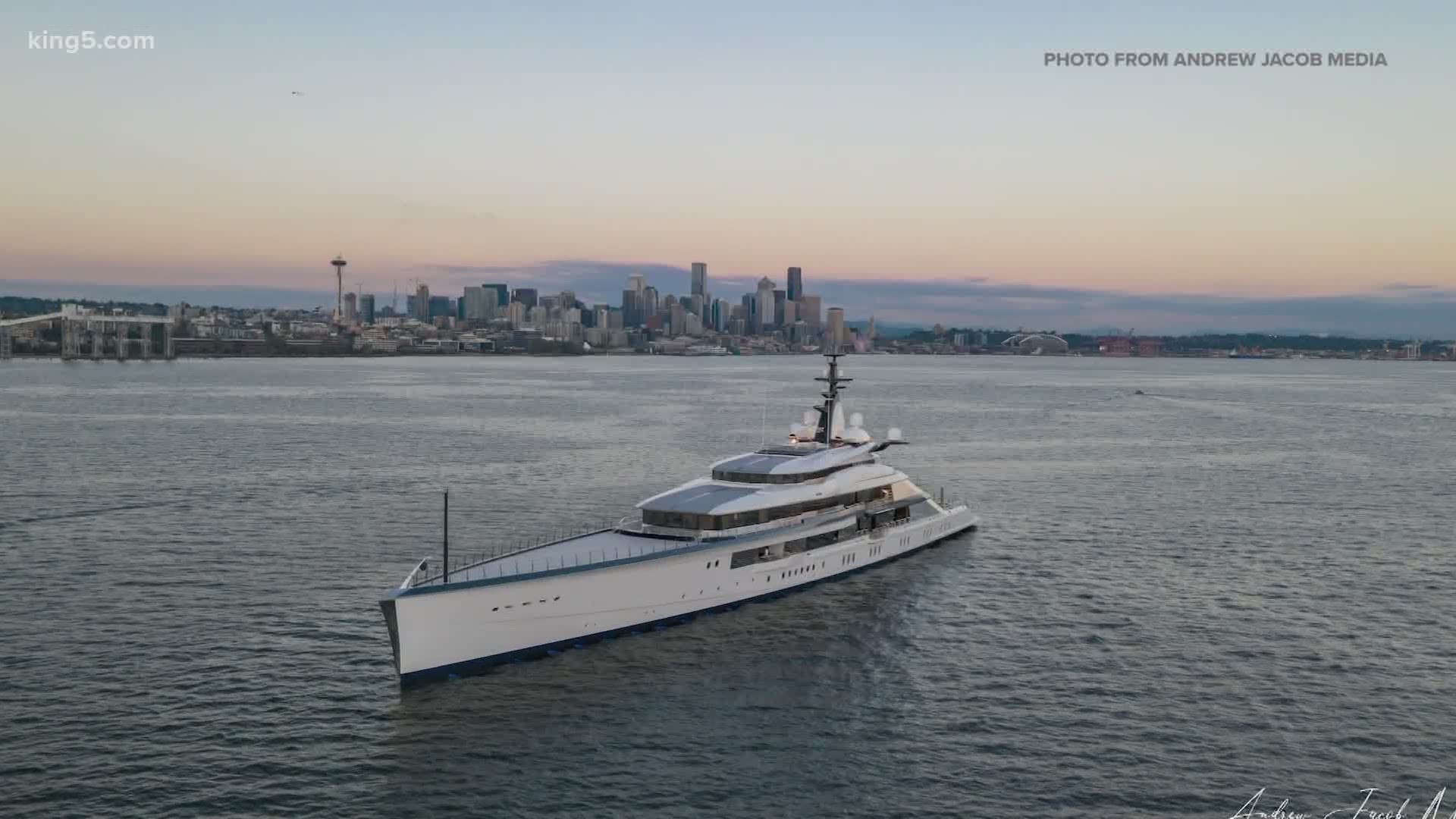 Seattle’s shoreline just became a bit more crowded with the sighting of a mega yacht worth admiring. The Bravo Eugenia showed up in Seattle’s Magnolia neighborhood this week.

Just offshore Elliott Bay Marina, the impressive floating city belongs to billionaire Jerry Jones, who sports fans might know as the owner of the Dallas Cowboys. The mega yacht is named after his wife Gene and spans the length of a football field.

The $250 million boat features all the amenities of home. Many homes, actually. Full gym, pool, steam and massage rooms, sauna and - of course - 2 helipads. At 357 feet, she doesn’t fit in to the marina and is anchored offshore for an unknown period of time.

Seattle photographer Andrew Meade was among the first to notice the arrival of the Bravo Eugenia yesterday and shared some photos on Reddit. It didn’t take long before the impressive owner was revealed and Meade made his way to the shore for professional photos and aerial drone footage that you can see on www.andrewjacobmedia.com. No official word on the reason for the visit, but feel free to speculate!