Living in Color | A candid conversation about natural hair, navigating America as a minority

The 6 News crew had an open conversation about living in the skin you're in, code-switching, making it in American and, of course, natural hair. 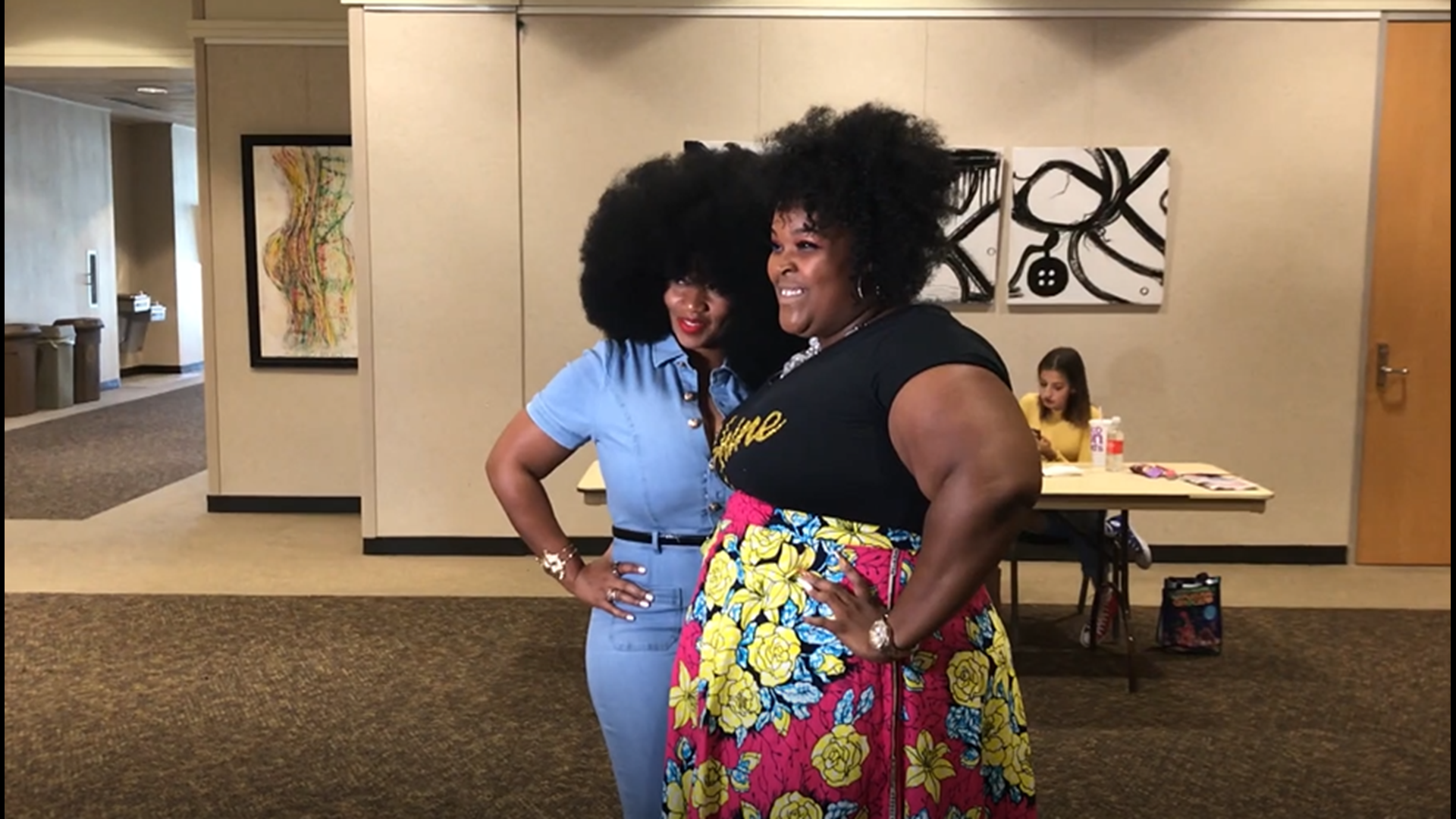 TEMPLE, Texas — Culture and black hair have been hot topics in America for the last few years-- from the natural hair movement to #BlackLivesMatter. Now, the 6 News team wants to bring a candid, open, honest, and at times hard conversation about culture in our country and some of our personal experiences as minorities to you, Central Texas.

The inspiration for the discussion came from an in-depth piece about natural hair in the workplace by 6 News reporter Jasmin Caldwell.

RELATED: I am not my hair | An in-depth look at natural hair at work

Whether wearing hair fried, dyed and laid to the side, rockin' it rough and tough in afro puffs, luscious locks, wigs, weaves or covering those tresses in a head wrap, how women and men of color wear their hair at work or school is a common topic of discussion.

Often, men and women of color have to consider how their hairstyle will make others feel and/or risk being asked a plethora of questions about their style choices. Is your hair real? How did you get it like that? Can I touch your hair? Are just a few examples.

Have you ever been out with your child when someone of a different culture, maybe even of an older generation, admires how cute your child is as they almost instinctively stroke your baby's kinky curls? Yeah, it happens and it's something people of color have to tolerate and learn to navigate. Most of the time, most of us excuse it as a cultural or generational difference. "They're old. They don't know any better," we say.

"The club is really just promoting hair education and the celebration of black hair and just kind of giving girls and guys confidence to wear their hair any way they want to on campus," said Roots president Gabrielle Chaney.

Even though more and more people of color are embracing their natural hair--  meaning the way it grows from their heads-- there are still strides to be made.

Which is why we have the #FREETHEHAIR Movement that's sweeping the country, including Louisiana. Then, there's the Crown Act that's being pushed in major states like Maryland, California and New York. The act is a move to ban discrimination at work based on hair.

As we newsies sat around talking about Jasmin's story and our experiences with hair in the news industry, it sparked deeper conversations. We began sharing stories of code-switching -- changing the way speak or act depending on where you are or who you are with.

"Saturday Night Live" has done skits about the subject. In the long-time running show known for its edgy comedy, one of the skits features a Caucasian man who gets a job at a cellphone store and has to code-switch to stay in the good graces of his African-American boss.

The 6 News team also talked about the first time some of us were treated differently because of our culture or skin color and the things our parents taught us about how to survive and be successful in an America that has historically treated people of color unequally.

Out of those discussions came "Living in Color," a forum where we spoke openly about living in the skin we're in, code-switching, making it in American and, of course, natural hair. We'll also feature some of your questions and comments from social media about the topics and poll results from the questions you answered above.

Credit: Rocky Bridges - 6 News
Members of the 6 News team have a candid, open, honest conversation about culture in our country and some of our personal experiences as minorities.

Watch "Living in Color" on KCENTV.com, on the 6 News Facebook and YouTube. Then tune in to 6 News for Jasmin's look at natural hair in the workplace.