Thousands of first responders nationwide are refusing the COVID-19 vaccination

Leesburg police officers warn a mandate will lead to mass resignations. D.C. Fire says it's now up to 85% full or partial, but 280 are still applying for exemptions. 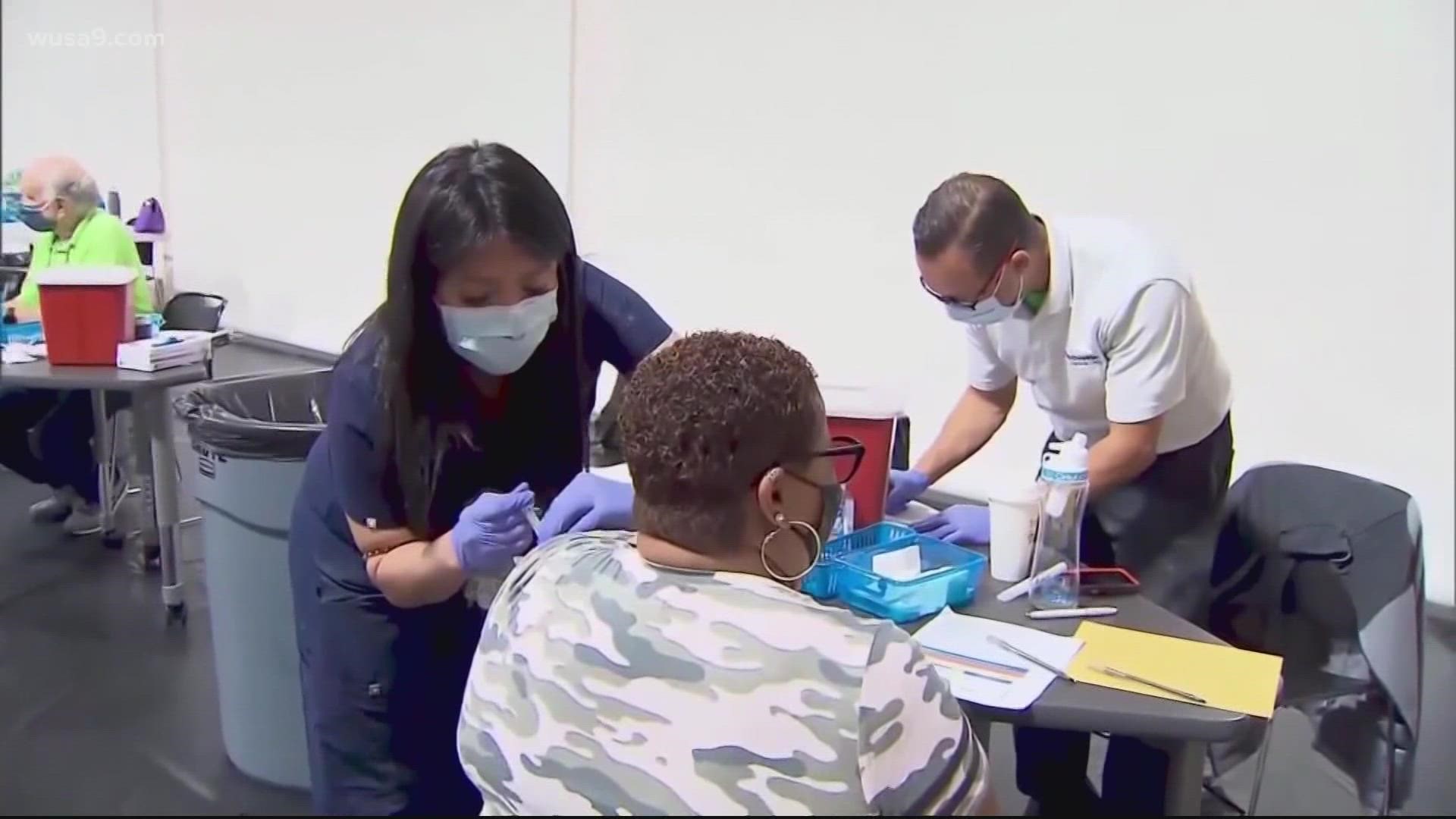 WASHINGTON — Even as American COVID deaths climb over 701,000 experts says thousands of the nation's first responders are refusing to get vaccinated.

In Leesburg, police are warning of mass resignations if town leaders require it and in D.C., while the numbers are down, hundreds of firefighters are still resisting the vaccine, despite a mandate.

"This decision has the potential to decimate LPD. Our town could lose a lot of amazing police officers," Leesburg police officer Josh Carter warned the town council as it considered a vaccination mandate for all town employees and contractors. "The loss of officers is on you," he said.

The council postponed a vote on a plan to give workers 90 days to prove they've been vaccinated -- or lose their jobs.

"You will lose a significant amount of officers from a department that is already decimated by the inability to hire anybody due to our incredibly low starting salary," police officer William Butterfield warned them.

COVID was the leading cause of line of duty deaths for police officers nationally last year, killing at least 182 officers, according to the National Law Enforcement Memorial Fund, which has been tracking deaths.

In D.C. since the city imposed a mandate, fire officials say they've seen a dramatic surge in firefighters rolling up their sleeves.

Fire Chief John Donnelly says 85% of firefighters and paramedics are now either fully or partially vaccinated.

"I think it says our members care about their community and they care about each other, and they want to be safe," he said.

The number seeking a religious or medical exemption is now down to just 280 firefighters. Some are still pushing back, hiring a lawyer and threatening to litigate.

"What keeps the city safer is allowing those firefighters to provide negative tests before assuming duty? Or firing hundreds of firefighters and jeopardizing the safety of the city?" asked Will Jones, a spokesman for the DC Firefighters Bodily Autonomy Affirmation Group.

"We don't believe testing meets the needs of the community," Chief Donnelly responded. Testing isn't good enough, he said, because you only test positive after you're infected and potentially contagious. He said testing also won't help keep firefighters out of the hospital.

He said 500 firefighters have had COVID, dozens have been seriously sickened, and one has died.

"We aren't planning to fire anyone today, tomorrow, or even the next day," the chief said.

The applications for religious or medical exemptions will be reviewed by the D.C. Health Department or the Department of Human Resources and firefighters whose applications are rejected will be given another chance to get vaccinated and potentially appeal.

D.C. still hopes to convince holdouts it makes sense to take the jab.