Mary Ann Pyron wants to raise awareness for those with Down syndrome. 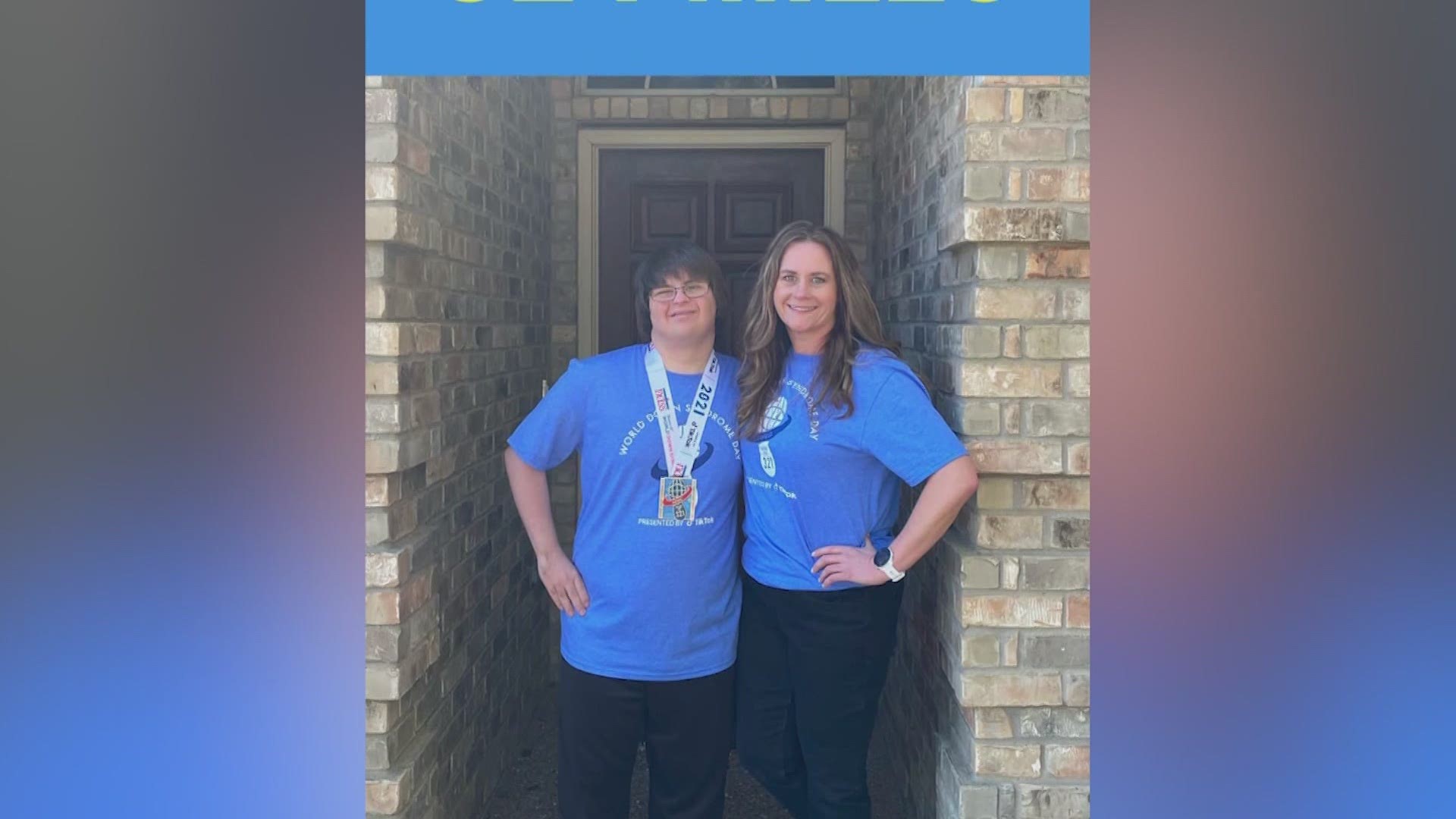 SANGER, Texas — 2020 was a long year, but for Mary Ann Pyron of Sanger, this month was even longer.

“I’ll be very thrilled to say goodbye to the month of March,” Pyron said. “Because it was a lot of miles and a lot of early mornings.”

She ran and biked as much as she could before work in an attempt to complete 321 miles for the month of March.

Pyron admits she has never been an avid runner. Instead, she says she was motivated to do this for her son.

When Blake Pyron started selling snow cones a few years ago, he became the first business owner in Texas with Down syndrome.

However, as his business was booming, his health was headed in the wrong direction.

“That’s when we really made the commitment to getting him moving, getting us all moving,” Pyron said.

She started running and Blake did, too.

Today, he’s healthier than ever.

That’s why, to honor his commitment, for National Down Syndrome Day, March 21, Pyron decided to run 321 miles this month.

Although, many days she dreaded it.

“Every time I get to where I want to quit, I just think of all the challenges that Blake and his friends deal with daily,” Pyron said.

Last weekend, with three days to spare, Pyron reached her finish line: 321 miles in one month.

“I would do anything to keep him safe and healthy,” Pyron said. “I would run a million miles for Blake.”

That’s why, no matter how far she runs, she’s already gone to the ends of the earth.