Frost Bank Tower was once the tallest building in the city. A lot has changed since then, but the conspiracy theories surrounding the building are alive and well. 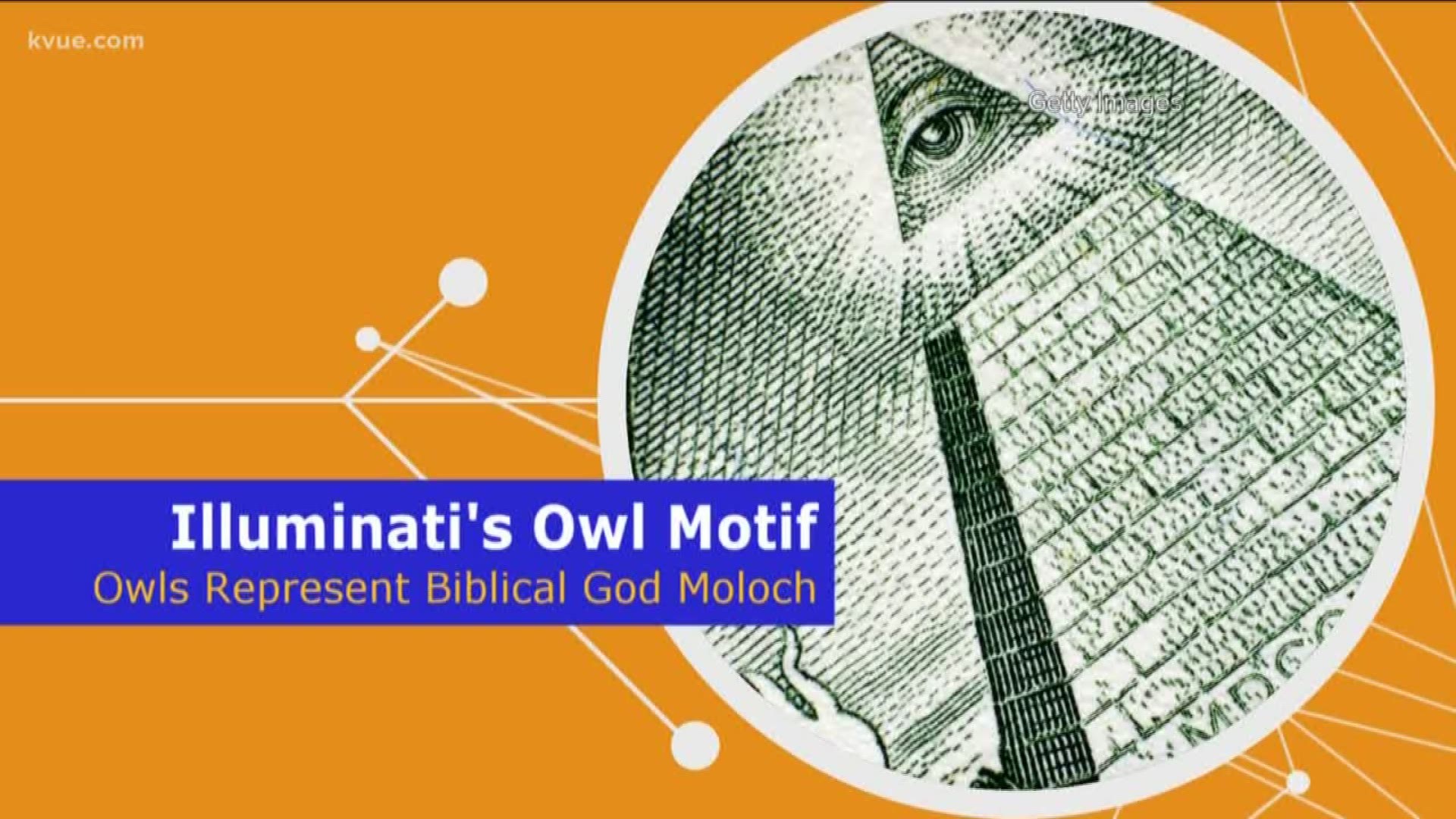 AUSTIN, Texas — Back in 2004, when Austin's skyline looked a lot different, Frost Bank Tower was the tallest building in Austin.

It's been dubbed the "owl building" because at some angles it does look like the bird. And that nickname has given way to many, many conspiracy theories throughout the years.

Some think the design was an elaborate prank on the part of the architects who allegedly had a tie to Rice University. The theory is that the owl-like design is an homage to that university's mascot and a slight the University of Texas Longhorn mascot.

But none of the architects on the project actually had a tie to Rice University.

How to not act like a local in Austin

Five new buildings will soon go up in Downtown Austin

Still, there's a darker legend behind the Frost Tower: Some think it's connected to the Illuminati.

The owl is a standard symbol of the Illuminati, which people believe is a very powerful and very secret organization that controls the modern world.

WATCH: Frost Bank Tower in Austin: The conspiracy theories and truth behind the building

According to the conspiracy theory, the Illuminati uses owls to display allegiance to a biblical god called "Moloch" – who asked for child sacrifices, by the way.

So, people say the Frost Tower – a gigantic owl – is just the secret organization's way to loudly and proudly display allegiance. That theory begs a question: If it's secret, why would the Illuminati display something so loud?

Enough of the theories. Let's get to the facts.

Even though the building does look like an owl at the right angle, the little circular looking eyes are just the bank's logo.

It's so hot it feels like Austin is melting. Let's experiment!

Her 9-month-old refused to take her bottle. That's when she found out her 'formula' was fake.

After more reports of dog deaths to algae exposure, expert says nutrients are to blame