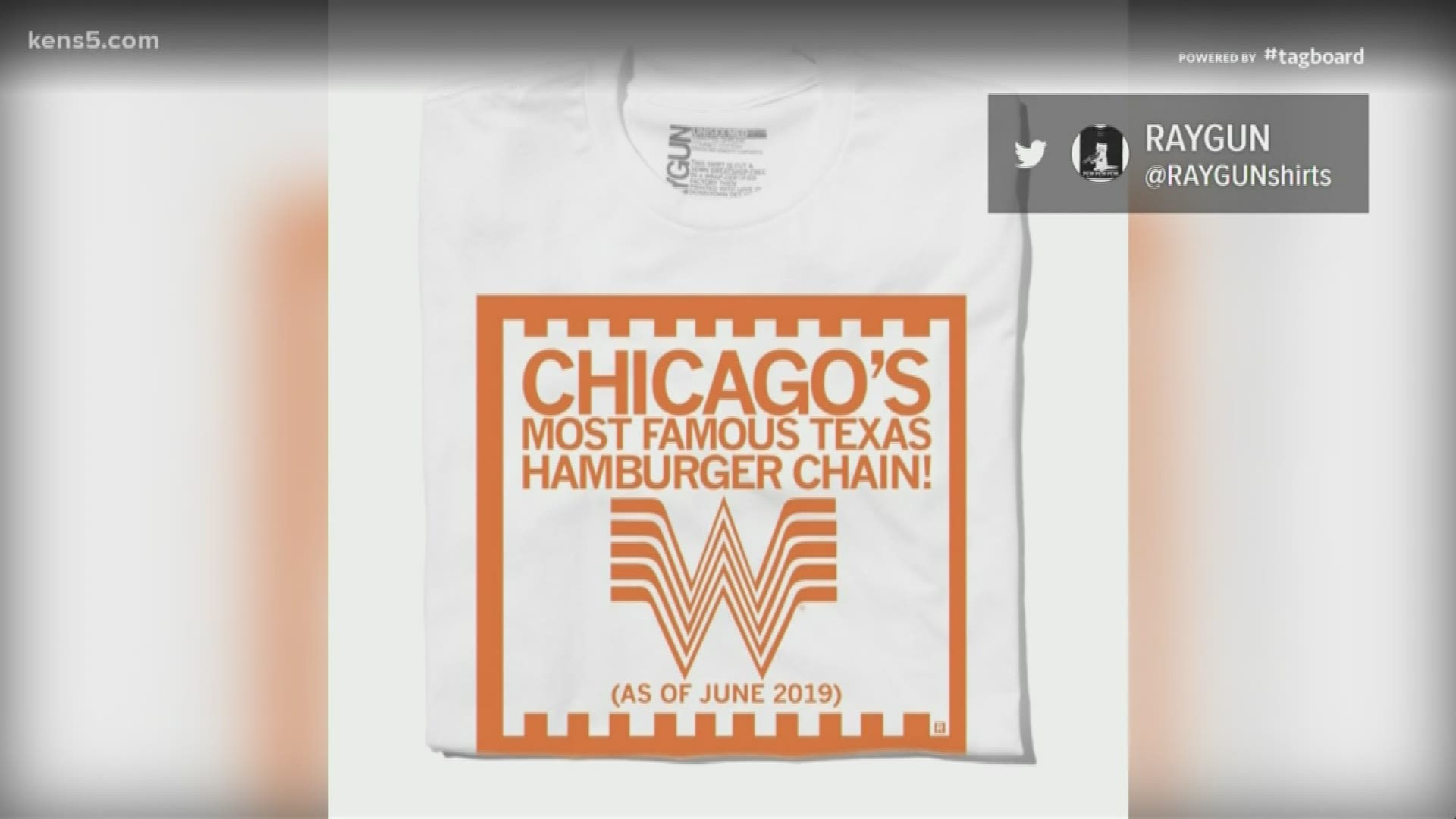 When it rains, it pours. That’s not just true of San Antonio weather, it’s the story of the reaction to the news that Whataburger is being sold.

On June 14, Whataburger announced that BDT Capital Partners, LLC, will purchase a majority interest in the company as it seeks to expand. First, Bill Miller Bar-B-Q, another San Antonio-based food chain, posted a message to its fans.

Now, the Midwest is expressing glee about the potential Whataburger expansion out of the south and southwest. Raygun, a t-shirt company based in Des Moines, Iowa, is now selling a Whataburger t-shirt. It reads: “Chicago’s most famous Texas hamburger chain (as of June 2019)” and features a Whataburger logo. The 100 percent cotton t-shirt is available online for $23. It’s unclear if it’s available at their stores in Iowa, Chicago or Kansas City.

Whataburger currently has more than 100 locations across Alabama, Arizona, Arkansas, Florida, Georgia, Mississippi, New Mexico and Oklahoma. Of course, the vast majority – more than 650 restaurants – of Whataburgers are in Texas. The company said that Whataburger headquarters will remain in San Antonio.