African painted dogs are one of the most endangered carnivores in Africa, with an estimated global population of less than 5,000 and declining 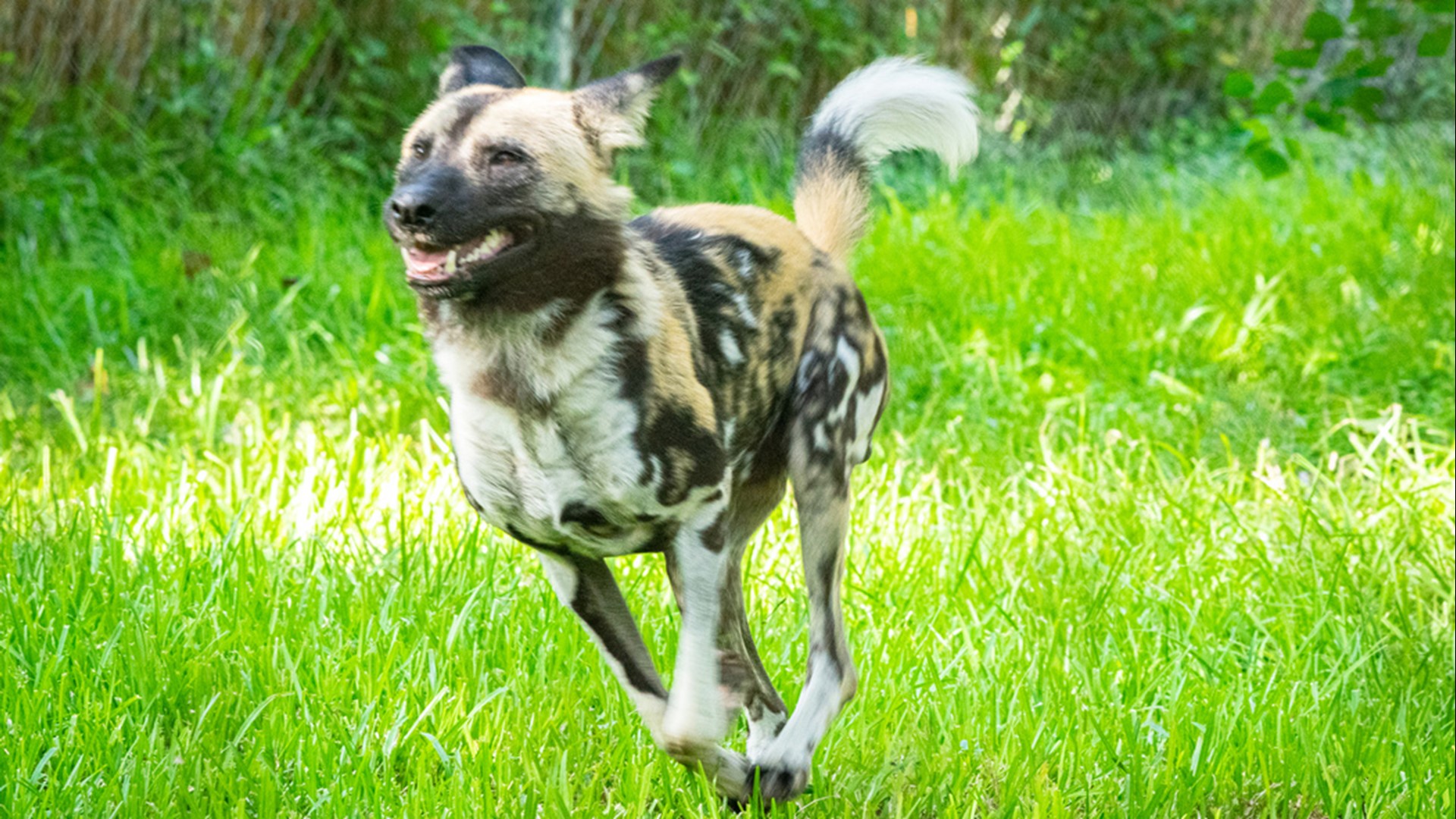 HOUSTON — The Houston Zoo is welcoming back African painted dogs after a three-year absence.

The four male dogs, Modo, Rafiki, Tamu and Wiki, are offspring of Ghost, a painted dog that lived at the Houston Zoo before moving to Binder Park Zoo in Michigan for breeding.

She gave birth to eleven pups in 2018 as part of the Species Survival Plan (SSP) through the Association of Zoos & Aquariums.

African painted dogs are one of the most endangered carnivores in Africa, with an estimated global population of less than 5,000 and declining due to human conflict, habitat fragmentation and widespread diseases like distemper and rabies.

The Houston Zoo has worked to protect African painted dogs in the wild for the past 10 years by providing support and training for African wildlife anti-poaching scouts that patrol their habitat.

In 2019, wildlife protection scouts we support in Kenya made four arrests for illegal wildlife poaching and removed 120 wire traps.

Guests visiting the Houston Zoo to see African painted dogs are also helping to save this species in Africa. A portion of every admission ticket membership is donated to conservation efforts dedicated to protecting animals in the wild.

Dogs are back! The Houston Zoo welcomed African painted dogs back to the Zoo after a three-year
absence. The four male dogs moved to Houston from Binder Park Zoo near Battle Creek, MI. pic.twitter.com/MC5N8cZfD5