“India is a confident boy, and in his large space he is relishing in his freedom and acting like the curious, lively young tiger he is.” 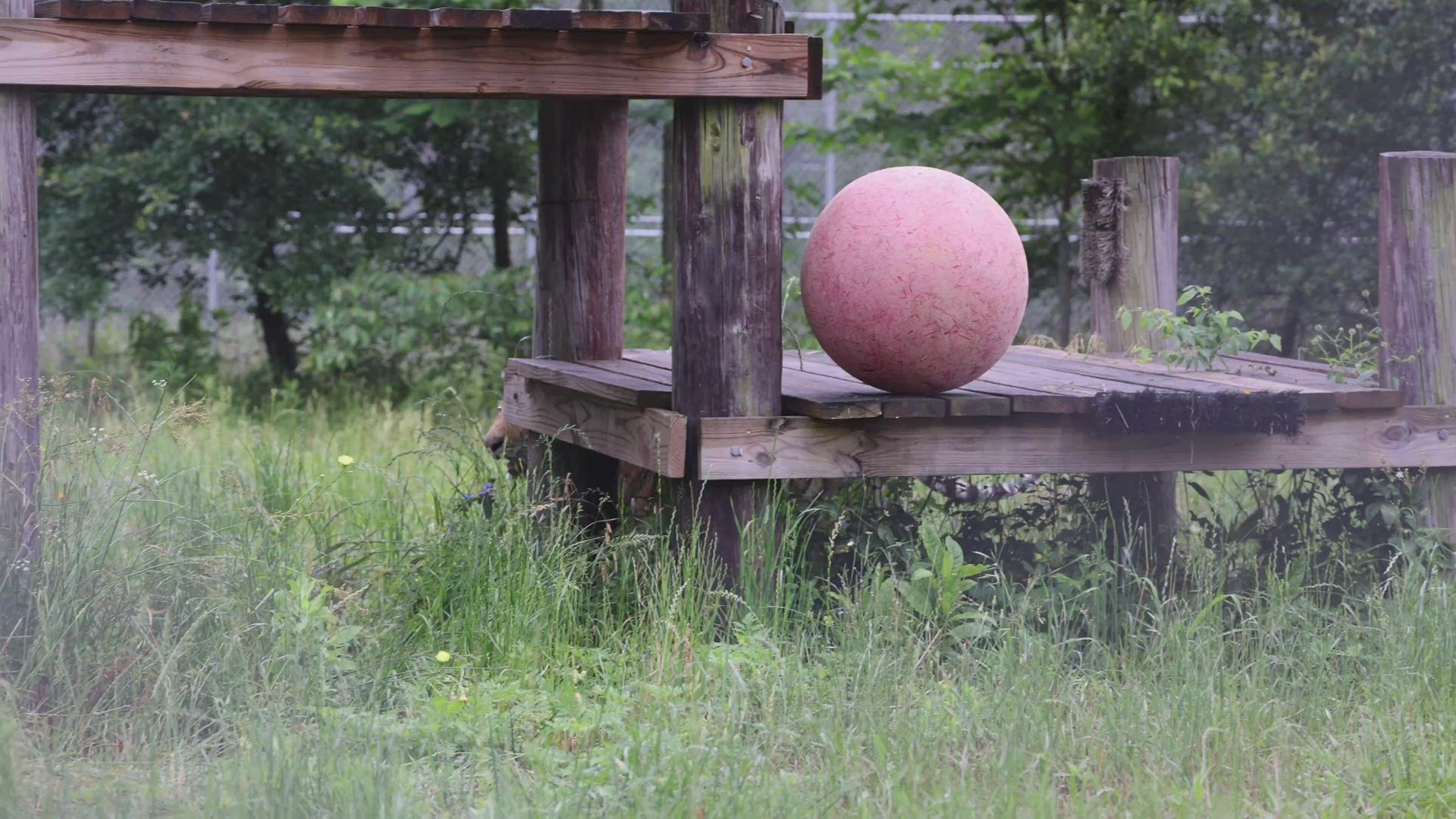 MURCHISON, Texas — India the tiger is now living his best life and thriving at his new home near Dallas, according to the  folks caring for him at the Black Beauty Ranch sanctuary.

We’re told the beautiful Bengal tiger is adjusting well and loves exploring the sanctuary where he was taken on May 15.

India was spotted roaming a west Houston neighborhood earlier this month and had apparently been passed around between owners since he was a cub.

After being confined or caged during the first nine months of his life, India can finally run free in the ½ acre habitat.

“India is a confident boy, and in his large space he is relishing in his freedom and acting like the curious, lively young tiger he is,” Black Beauty Senior Director Noelle Almrud said. “He bounces around the habitat exploring all of the new smells and stalking his toys in the thick tall grass, illustrating his wild instincts.”

1 / 21
HSUS
India loves running free at the large habitat where he was taken after being surrendered in Houston.

His favorite toy is a big red ball that he “ambushes as he leaps from behind bushes to try to get it.

Almrud said India loves lounging in his pool and playfully batting at its waterspout. The big cat also has a favorite log where he enjoys stretching, scratching and marking his scent.

Spying on his new neighbors is fun too. He watches the other tigers and a black bear that are nearby in their own habitats, Almrud said. He'll be introduced to the other big cats sometime in the future.

Before India was released into the naturally wooded area Saturday, he was kept in a temporary enclosure at Black Beauty to give him time to adjust.

Unfortunately, there are countless other wild animals across the country that aren’t as lucky as India.

“All across the U.S., tigers, lions and other big cats languish in basements, garages and tiny outdoor cages, straddling the boundary between wild animal and family pet -- their freedom squelched and their biological needs unmet,” said Kitty Block, president and CEO of the Humane Society of the United States.

The Humane Society of the United States and Humane Society Legislative Fund are working hard with members of Congress to pass the Big Cat Public Safety Act to put an end to this suffering and danger.