Driver discovers a dog stuck in the bumper of her car more than an hour after she hit what she thought was a ball. 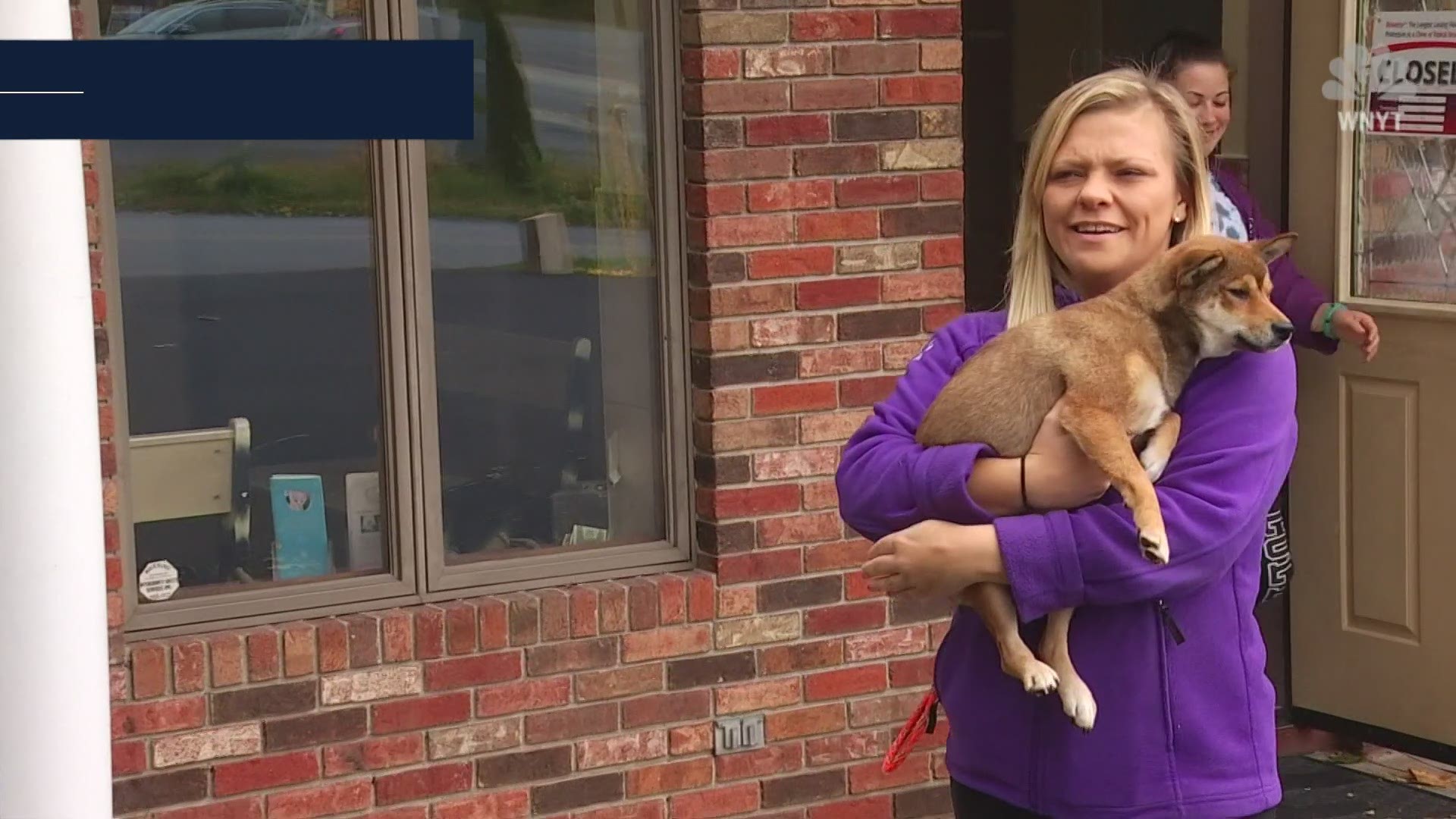 A dog in New York State was hit by a car and got stuck in the bumper.

The young shiba inu named Coco was unknowingly hit by a driver who then drove for more than an hour before realizing the dog was stuck.

Eventually Coco was freed from the bumper. A veterinarian said the dog suffered a broken elbow, but other than that, Coco was in good shape.

"Yesterday she was traumatized. She didn't know what was going on,”  Veterinarian Noella Lafreniere said.  “First of all she got hit by a car then traveled inside the vehicles for over 50 miles. And then came to us and we're complete strangers. And we are trying to do x-rays and stuff like that and she was so good. Such a trooper through it all and ya she is great we just love her."