The family says Honey was inside their rental car when it was stolen from their hotel near Jersey Village early Wednesday. 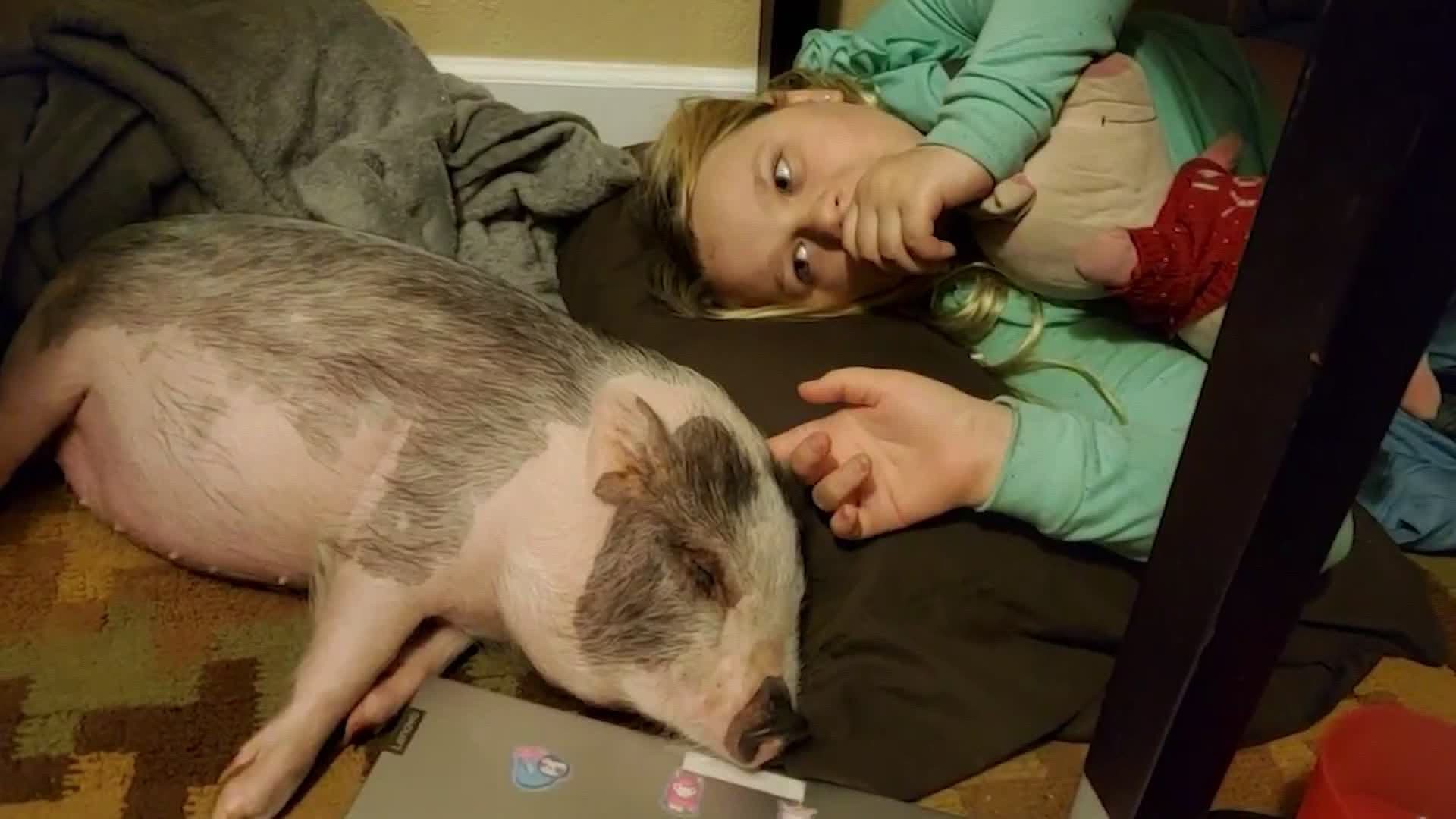 A California family visiting Houston who was begging for help trying to find their pet pig, Honey, got word Thursday night that Honey has died.

The California mini pig was inside their car when it was stolen from outside their La Quinta hotel room on FM 1960 West early Wednesday.

For Oslin and her kids, it’s a loss they never imagined on their first day in Houston.

“It was a horrible introduction to Houston, for sure," Oslin said.

She said she left Honey in the car while she got her kids settled in the room. When she went back to get the pig, the car was gone.

“I went outside. Before we went to sleep, we were going to try to get the pig upstairs. So I went outside and the car was just gone with her in it," Oslin said.

She said Honey was an emotional support animal and weighed about 180 pounds. They got her as a pet right after the pandemic started to help her kids with their anxiety.

“As kind of like a healthy distraction, and we’ve trained her to do all kinds of things. She alerts us if anyone is going to have a panic attack," Oslin said. “Pigs are smarter than dogs, so she can pick up on cues that other animals and even people can’t. So she lets us know when things are about to hit the fan."

Credit: Family photo
Honey the pig was stolen along with a California's car parked outside a northwest Houston hotel room.

She said the rental car was a 2020 black Hyundai Tucson. The family extended their trip in Houston in hopes of finding Honey because they just couldn't go home without her.