Six more weeks of winter after groundhog sees his shadow

The annual event began in 1886, when a group of groundhog hunters named themselves "The Punxsutawney Groundhog Club." 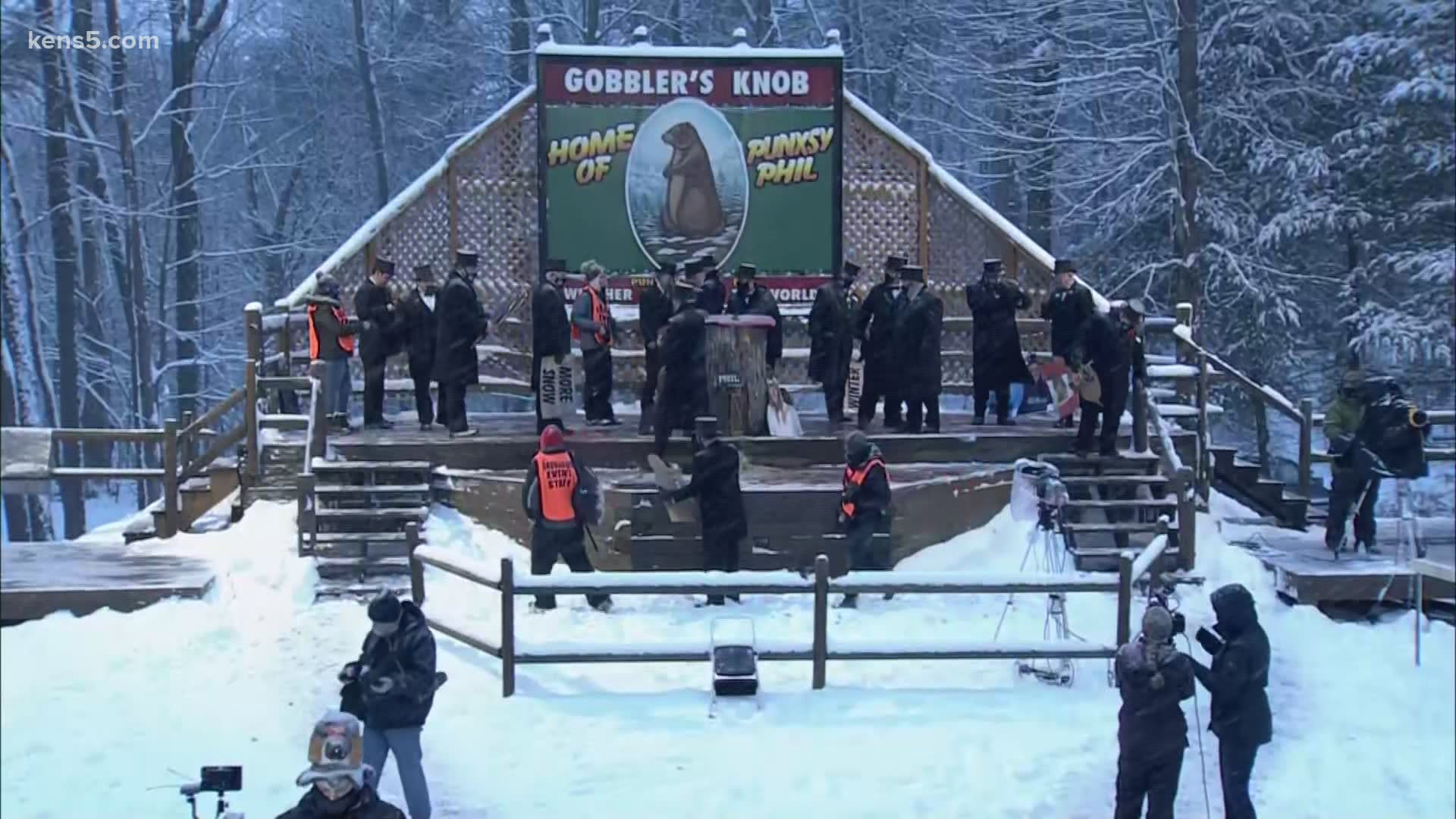 It was the first-ever virtual Groundhog Day celebration, and visitors from all over the world tuned in to see Phil make his weather prognostication for the 135th time.

“Groundhog Day is a beloved Pennsylvania tradition that has been embraced wholeheartedly by Phil’s faithful fans from around the world for generations,” said Pennsylvania Governor Tom Wolf. “Although we couldn’t celebrate together in person this year, viewers could experience the magic of Phil’s prediction virtually by watching from their homes while prioritizing everyone’s health and safety.”

The annual event began in 1886, when a group of groundhog hunters named themselves "The Punxsutawney Groundhog Club” and decided Punxsutawney Phil is the only weather prognosticating groundhog.