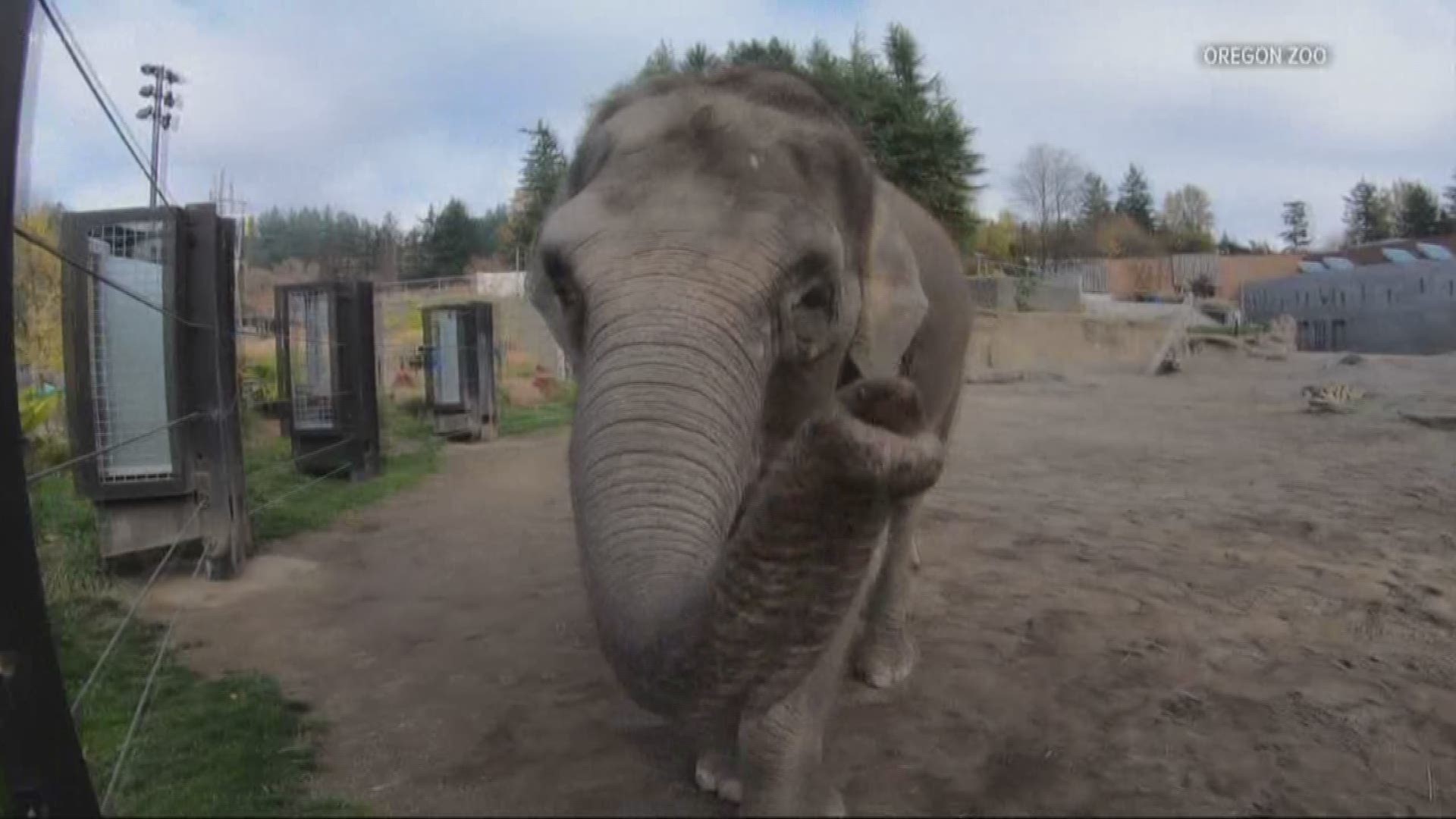 PORTLAND, Ore. — Chendra, a 26-year-old Asian elephant at the Oregon Zoo, had a miscarriage after nearly eight months of pregnancy, the zoo announced Wednesday.

Eight months is near the end of the first trimester for elephants, according to Oregon Zoo veterinarian Kelly Flaminio. The gestation period for elephants is around 22 months, which is the longest of any land mammal.

“We knew this was a possibility, but that doesn’t make it any easier,” said Bob Lee, who is the head of the zoo’s elephant program. “We were all so excited for Chendra. Raising a calf is one of the most enriching things in an elephant’s life, and we really hoped this was her chance to experience that.”

Chendra’s pregnancy was confirmed in July to the surprise of zoo staff. Lee says due to Chendra’s age, it is unlikely that she will become pregnant again.

In the meantime, zoo workers are keeping Chendra comfortable as they treat her for tuberculosis, which staff says is unrelated to the miscarriage.

“There’s no connection between Chendra’s TB and her miscarriage, but the loss of her pregnancy does simplify her treatment plan,” Flaminio said. “Our focus is now on making sure Chendra stays healthy and getting her back with the rest of her family as quickly as possible.”

The zoo says Chendra could return to her family this fall.

BACKGROUND: Oregon Zoo's Chendra the elephant pregnant, due in late 2020