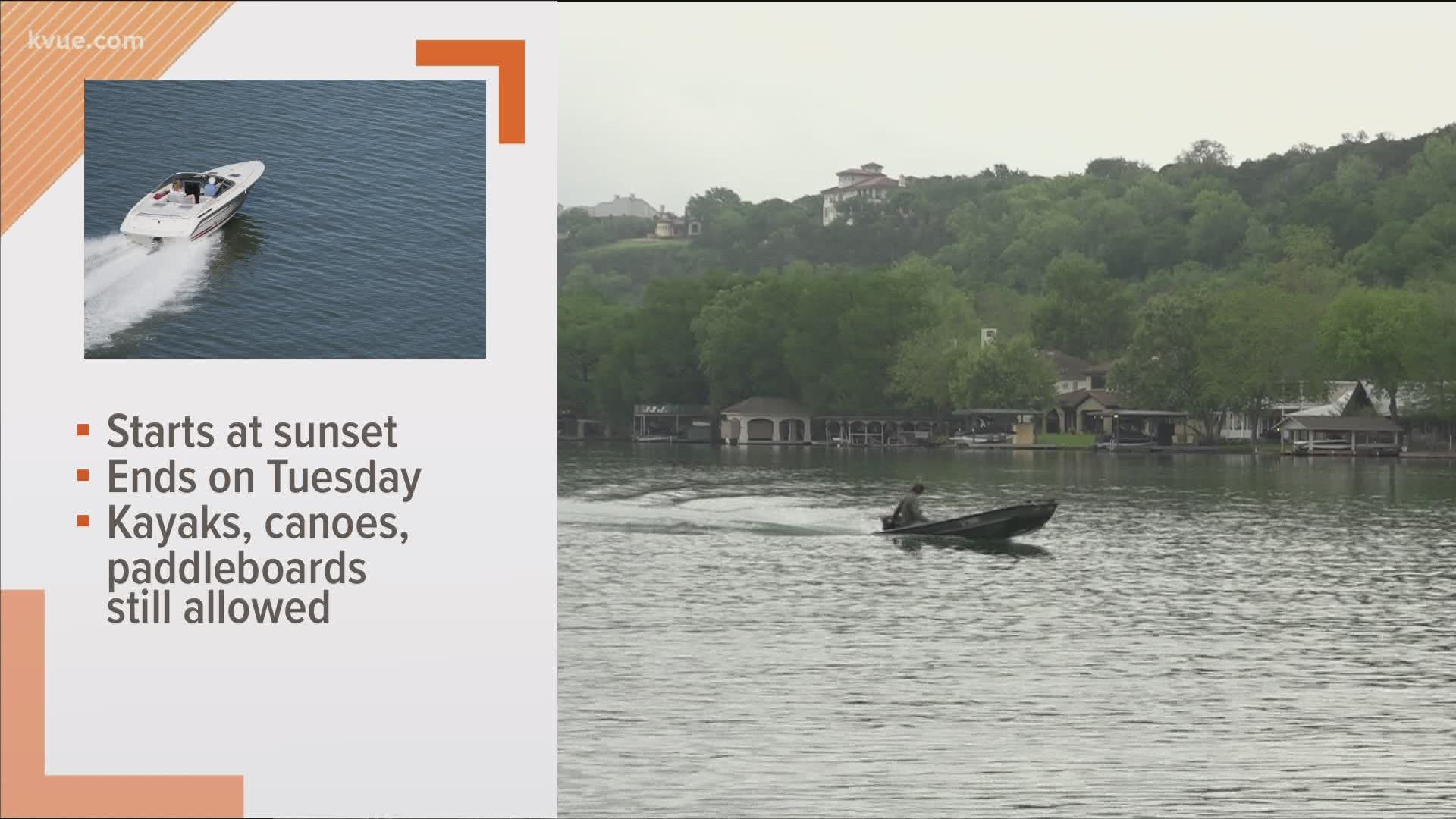 AUSTIN, Texas — Despite the chance for rain in the forecast, many families will be taking out their boats on Lake Travis and Lake Austin for Memorial Day weekend, and for the rest of the summer.

KVUE's Hannah Rucker chatted with the Executive Director of the Water Sports Foundation Jim Emmons, on how boaters can stay safe on the water.

"With all the new boaters that joined the ranks across the country this past year, boating has just exploded during the pandemic," said Emmons.

For new boaters, safety should be the top priority and Emmons offers the following tips:

1. Life jackets are a must

"The U.S. coast guard requires a life jacket for each person on the boat, you shouldn't just carry it you should wear it," said Emmons.

"The courses are available online, I just did an updated one last weekend and it was actually fun. Even the most seasoned boaters can learn something new from the courses," said Emmons.

"You may be inclined to bring alcoholic beverages along, it's a good idea to keep the skipper sober, avoid the alcohol," said Emmons. "But if you do bring alcohol on the boat, make sure there's a designated skipper that will bring the crew back safely."

4. Use the engine cut-off device

"There's a new law that passed April 1, a federal law that requires boaters to use their engine cut-off device. The engine cut-off device is the little red lanyard that hangs off the helm station," said Emmons. "Most people have ignored these for years, but you can attach it to your wrist, life jacket, or clip it to your shorts, that way if you hit a log or a tree stump, or something else happens, the boat shuts off immediately."

Some power outages could last into Monday; cooling stations open