Richard Snethen will turn 100 on November 24. Given his World War II service and decades as a Springville teacher, they want as much love sent his way as possible. 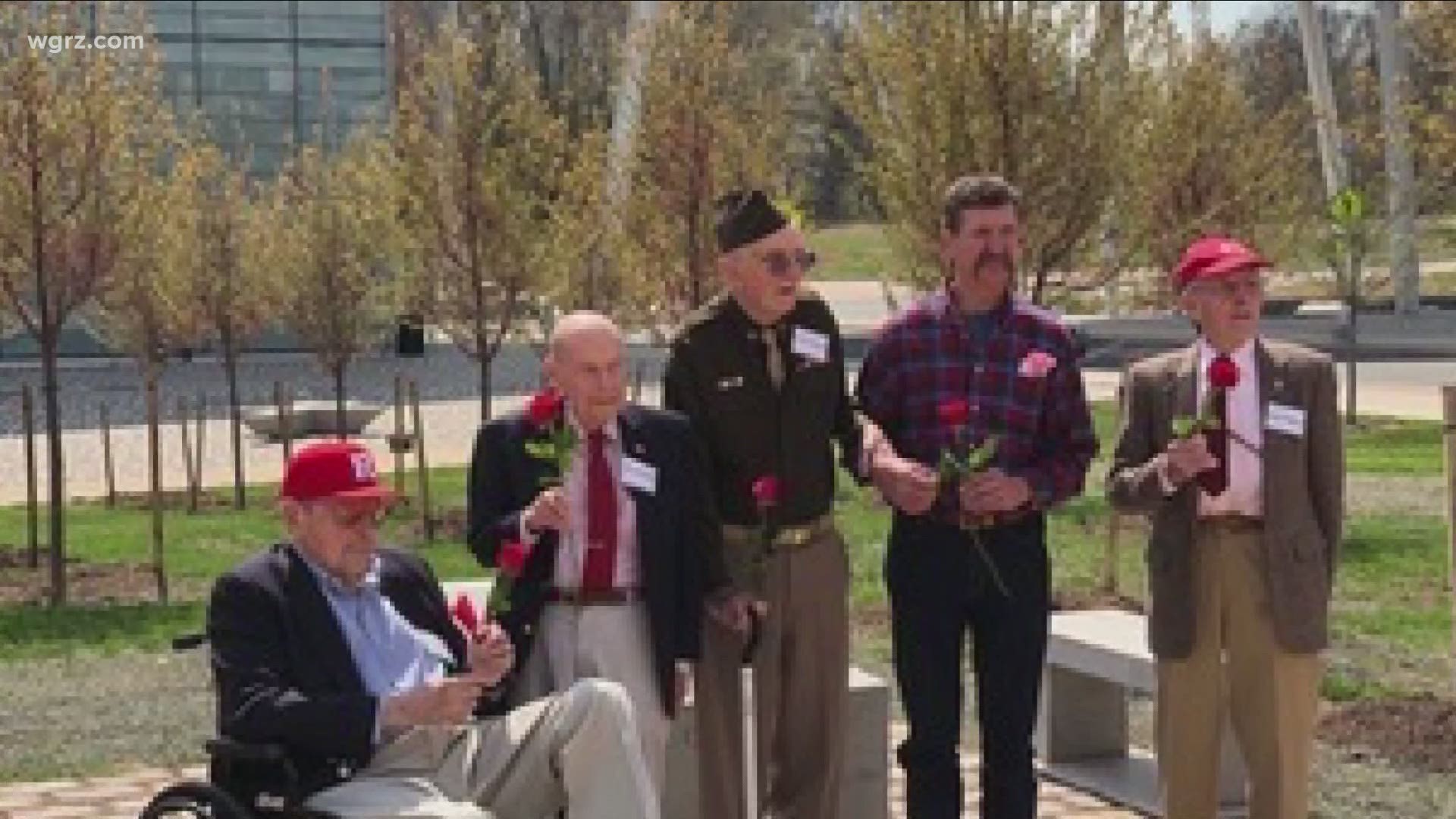 SPRINGVILLE, N.Y. — When Mary Bartowski-Gonzalez and her family realized they wouldn't be able to spend a 100th birthday celebration for their grandfather, and in some cases great-grandfather, they started brainstorming.

It came down to a Facebook post asking neighbors to send letters and cards wishing Richard Snethen, their soon to be centenarian, a happy birthday.

Bartowski-Gonzalez and her family live in Texas. Her husband is in the military, so while they are unable to travel because of the COVID-19 pandemic, they wanted to celebrate in a different way.

The idea grew from there.

They're hoping the card campaign doesn't stop with just family. Between Snethen's service during World War II and more than two decades as a teacher in Springville, they want as much love sent his way as possible.

Some of his family still lives in Western New York, but for the ones that can't be here, this is their way of celebrating with him.

"He really is an important person in our lives so even though we can't physically be there with him, we'd still very much like to show him we're there," said Snethen's great-granddaughter, Abigail Goodall.

Snethen lives in Williamsville now and knows that some cards are coming. Just how many arrive will be up to the kindness of neighbors.

"This will mean a lot to our family knowing that all these people shared in this celebration with our grandfather really will mean a great deal," Bartowski-Gonzalez said.

The family has requested that birthday letters and/or cards for Richard be sent to either of the following addresses: