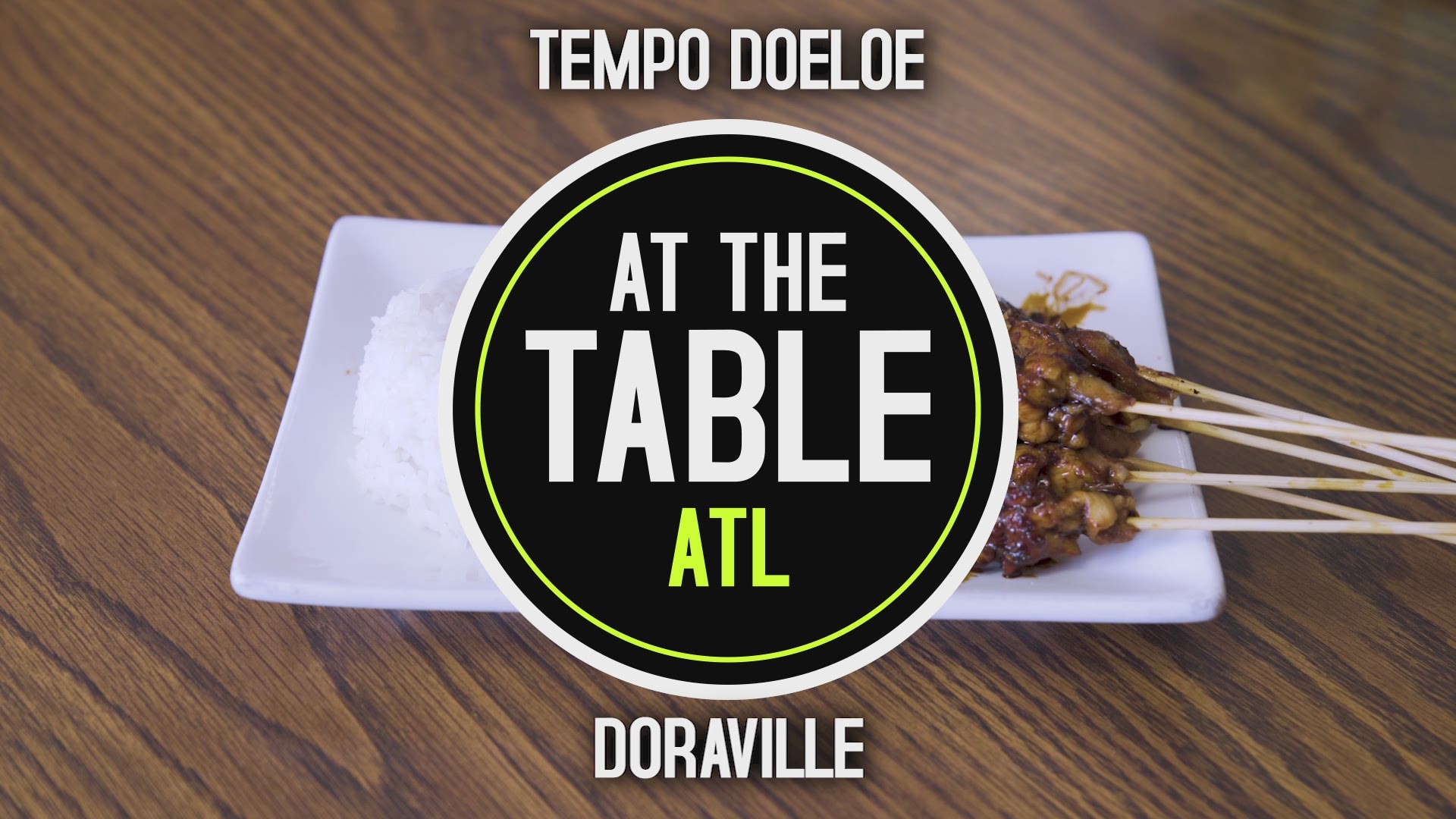 Among the rich culinary offerings of Buford Highway, you'll find Tempo Doeloe, a restaurant focused on offering an authentic experience of Indonesia. The restaurant’s décor pays homage to the cafes of the owners’ home country, while the dining area sits adjacent to neighboring Java grocery

“We call it sate ayam. In English, we call it chicken satay,” Vonny Yunistia, co-owner, said of the skewered chicken served with peanut sauce. “It’s one of our most popular dishes in this restaurant.”

“How does this dish represent Indonesia?”

“Every corner, they sell sate ayam,” she said. “This restaurant, we try to represent the homemade food so that we can do our best.”

The sate ayam is a popular street food in Indonesia, according to Yunistia, who said her mom also cooked the dish often.

“It reminds them of barbecue, some style of barbecue. I think it’s a lot more common and general for everybody,” Yunistia said.

“How does this dish represent Atlanta?”

“Indonesian American population here is very small, but Indonesia is very rich of culture and taste of food,” Yunistia said. “This is the way we try to represent our food.”

Representing the country in a single dish has its challenges, according to Yunistia, given the individuality and number of Indonesia’s provinces.

“Indonesia consist of 35 province...and each province, they have their own food, their own style, and their own spice,” she said. “We just try to do our best to represent from all the provinces.”

At the Table is a digital series produced by 11Alive's Matt Pearl and Liza Lucas. Metro Atlanta features the food of dozens of nations. We want to eat through them all! Follow us on Facebook and share your favorite food stories.

MORE FROM AT THE TABLE |

'Grandma': The force behind the food at this metro Atlanta restaurant

Margherita magic: At the Table ATL goes behind the scenes at Varuni Napoli