The money raised will help Oilcan Harry's staff pay some of their bills. 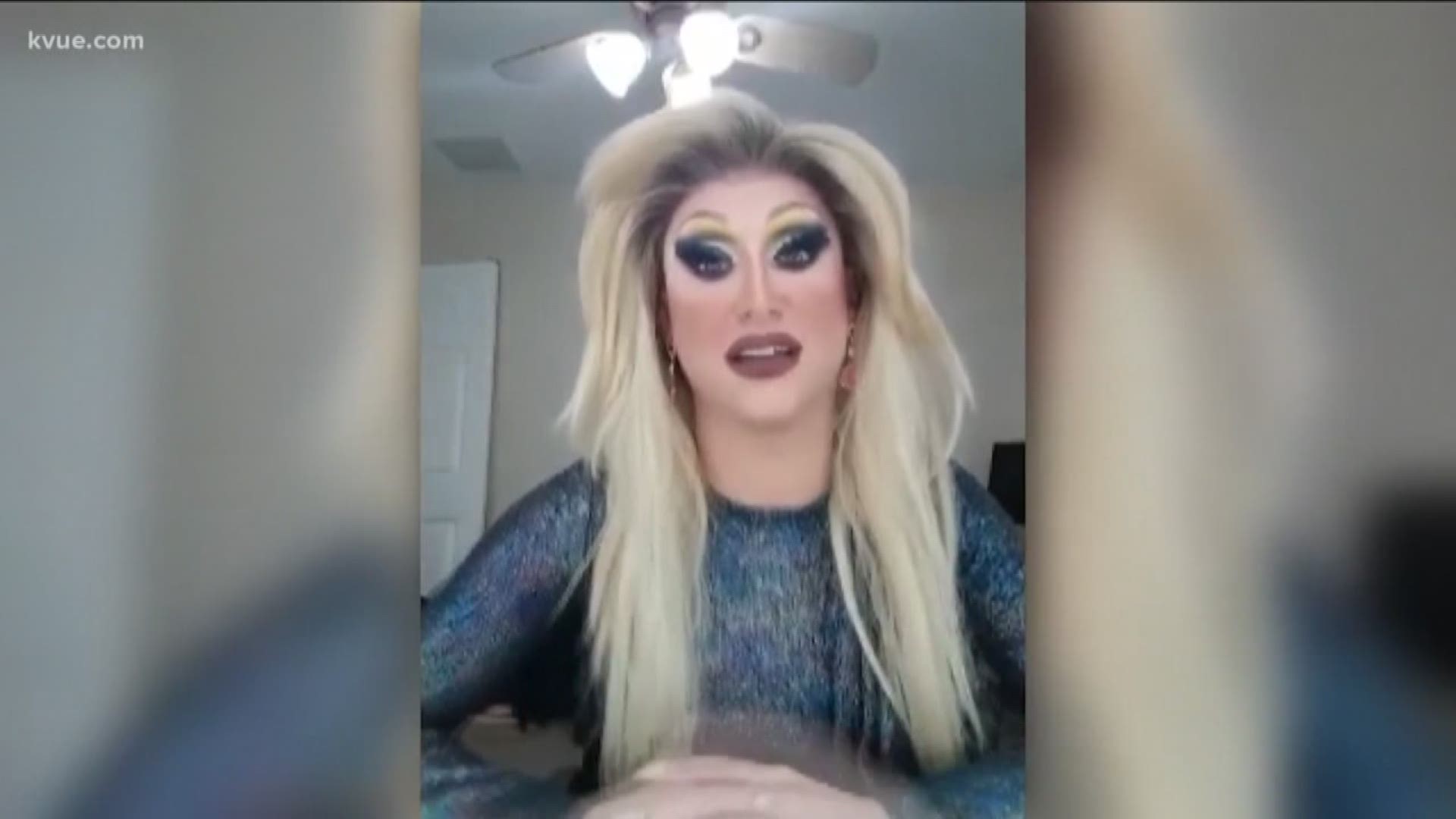 AUSTIN, Texas — As Austin bars keep their doors closed for at least another week, some are finding unique ways to help pay their staff.

"It was a lot of fun. We had a lot of laughs, and it was a good time," drag queen Maeve Haven told KVUE, days after she and four other cast members of her weekly show "Crave" raised about $4,000 for the bar's staff.

Using Facebook and Instagram, the five queens performed for several hours, asking their hundreds of viewers to donate to the bar's GoFundMe. The funds raised would go toward helping the bar staff survive amid the City- and state-mandated bar closures to prevent the spread of the coronavirus.

"With everything happening and us becoming more isolated and distant, I kind of knew that this may be our last opportunity to perform in drag and to give back," Haven said. "So, why not give back to the club, to the bar, to the people, to the friends that put time into [making] us successful as well?"

Haven, whose cast members help raise money every few months for nonprofits and causes close to their hearts, said she didn't start the night with a goal in mind. She just wanted to help raise as much as possible.

Joey Mojica, who doubles as an assistant manager and bartender at Oilcan Harry's, told KVUE some of his employees are finding other ways to make ends meet – including picking up extra shifts elsewhere.

"A lot of people this day don't know that people in the service industry make only $2.13 an hour, so we do rely on tips. And those tips that we make pay our bills, pay our gas," he said.

He wasn't, however, surprised at the outpouring of support from the community.

"This is not the first time, not the just gay community but the ally community, comes in and helps us out. It doesn't matter if it's for the staff or if it's for an organization or for the city itself. This community is amazing when it comes together," Mojica said.

Haven doesn't know when she'll perform again with her fellow drag queens, but she hopes it's soon – and in person.

"Toward the end, it was very emotional seeing just the community coming together to support this one cause that's affecting everyone," she said.