Since they're stuck in the house, Ryan Laurel is tying to find the most creative ways to entertain his kids. 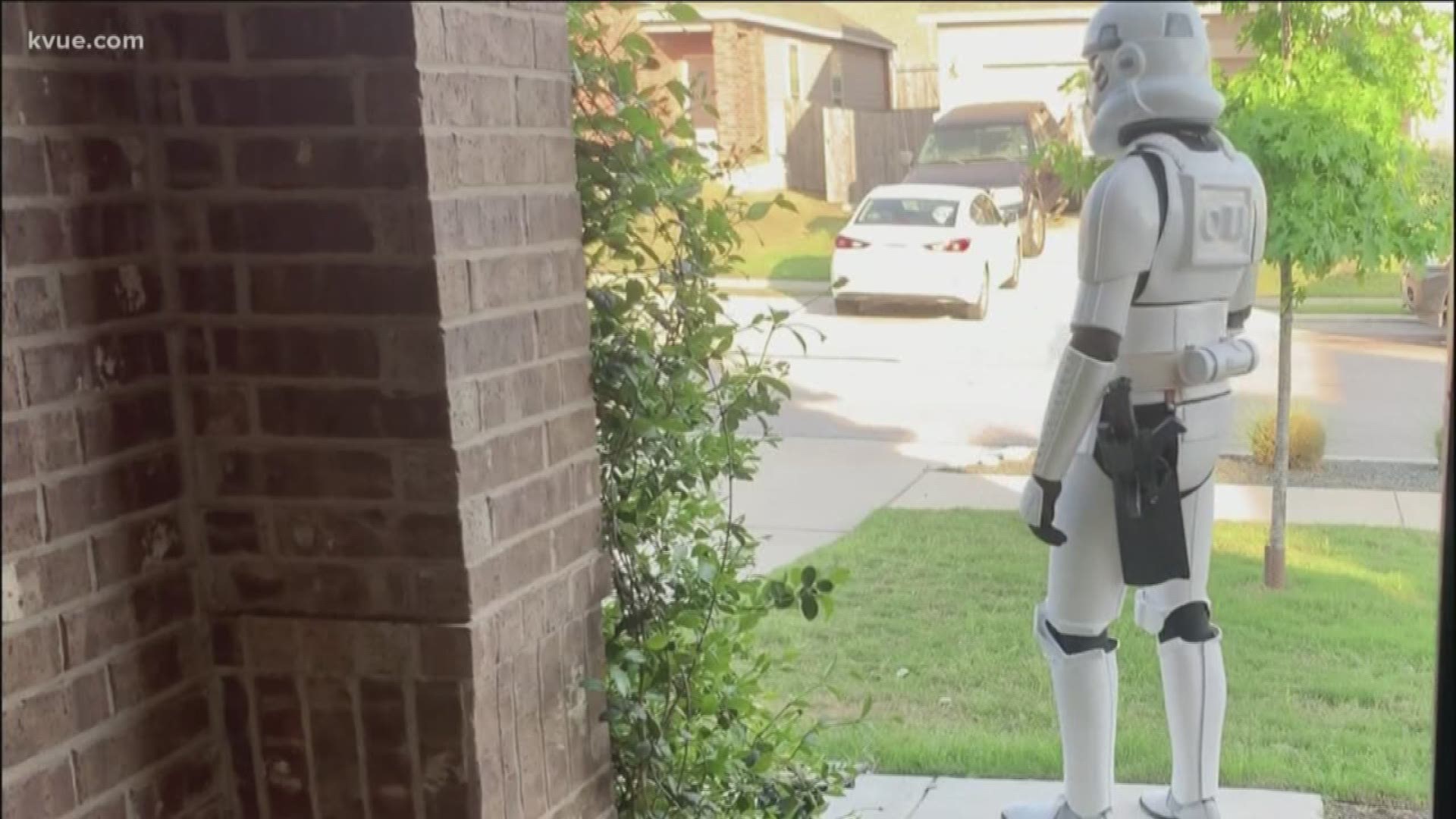 AUSTIN, Texas — In a southeast Austin neighborhood, there is a problem neighbors are having on their streets.

"There's some complaints in the neighborhood of kids being around," said Ryan Laurel. "And we have complaints of kids knocking on doors and running away."

This is why at his home, he and his kids created a parody to send to all the neighbors.

"I think it was just a play on that situation and an opportunity to let the kids display the costumes," said Laurel.

In the first video, you see Laurel's kids dressed up as Jawas from "Star Wars." They walk up, knock on the door and run away. Their costumes were created out of things found around the house.

Laurel is also a member of The 501st, a group that dresses up as characters from the movie.

"Somebody a few months ago showed how they built their kids a few Jawas costumes and I said, 'Hey, I'm putting this on the list,'" he said. "I was like, 'Hey, I got a great idea maybe of them doing a little video of them sneaking around the neighborhood.'"

But it wasn't just his kids that got to have all the fun.

"My intent was always for it to be the progression. Hey, let's get the stormtrooper to get out there, like, 'Hey, what's going on?' and then eventually have me chasing them around, Charlie Chaplin style," he said.

"We just had some fun with it and they loved it – everyone loved it – and for a second you think there's a lot going on and there's a lot we could be doing as a community, but I think everyone appreciated it. It was a breath of fresh air," he said.

The family is just hoping to keep everything light, or dark, whichever side you want.