#FacetimeHappyHour | Friends in quarantine get together while staying apart

With most of Austin working from home, many people are missing the social activities that they're used to. One group decided to get together virtually instead. 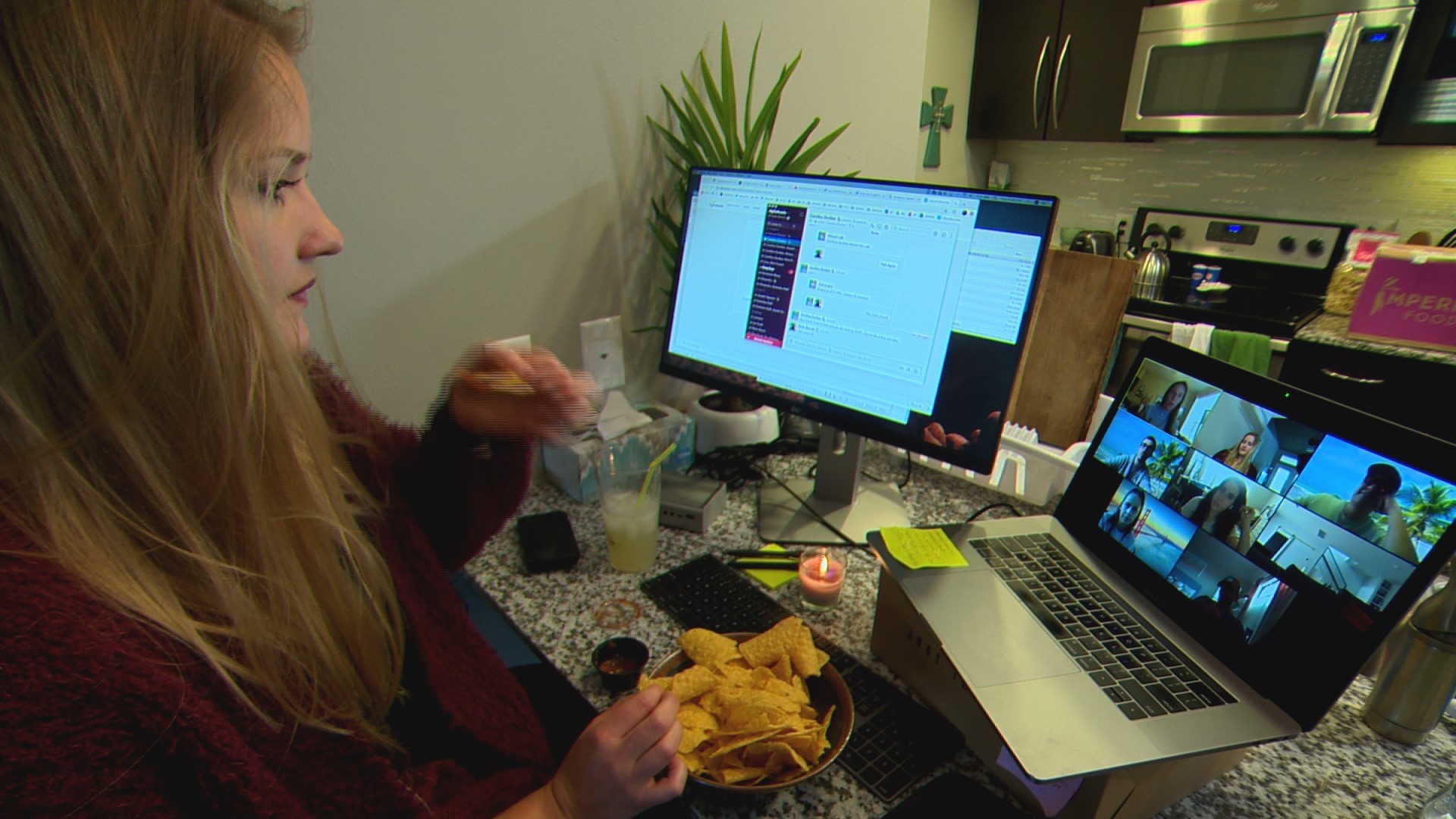 AUSTIN, Texas — It's safe to assume some of you are getting a little stir crazy and wishing for more human interaction. One group of Austin area friends found a way to still connect – while staying apart.

It's becoming our new normal: kitchens or living rooms as offices.

"I've enjoyed it so far, but I think I'll go stir crazy after a while," Katie Barrett said. "They've scheduled like, little like coffee hours and stuff for us to do though ... It's good to have an excuse to talk, especially when you live alone."

But for her and some of her coworkers, that wasn't enough for these unusual times.

"Yeah, desperate times make you do weird things like video happy hours with all of your friends," she said.

It's a way to stay in each other's lives. Catching up over cocktails gives them a way to remain connected.

In Other News: Strangers help with veterinary bills after dog injured in house fire

Chipping away at the feeling of loneliness, even if they don't know what's next.

They're all just looking forward to when things get back to normal.

Because at the end of it all, they know they still have each other even in this new normal.