A CMPD officer goes above and beyond to change a homeless woman's life after she fell on hard times. 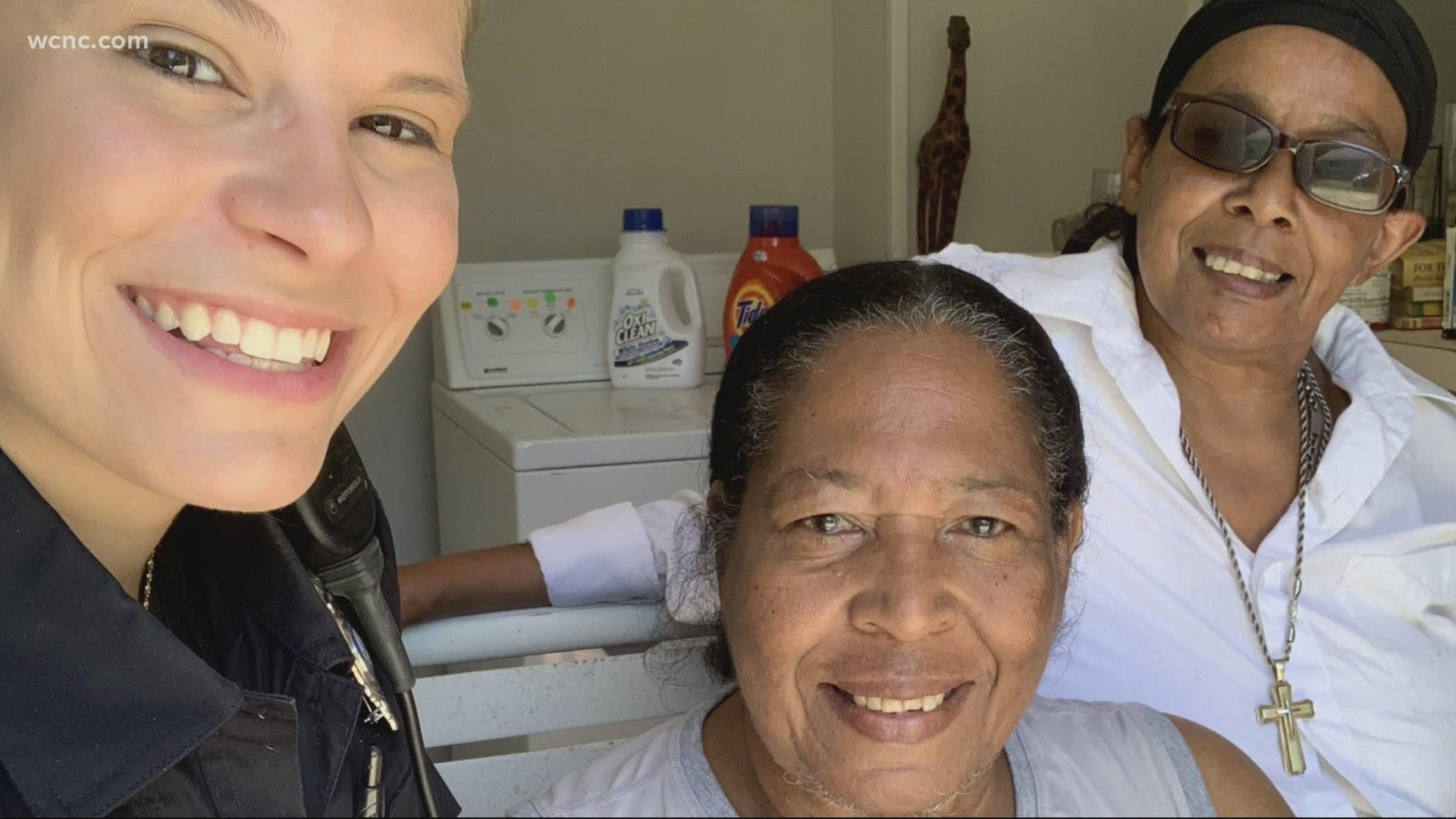 CHARLOTTE, N.C. — For 9 months Demitris Gonzalez has been sleeping in some of the most uncomfortable places.

Gonzalez has been sleeping in tents, sleeping bags in the middle of the woods to the front seat of her van.

Nothing ideal for a woman who is not only disabled but blind living with three dogs to help her get around.

“I have issues, but I try to take care of myself, I’ve been fighting for my life all my life," Gonzalez said.

Fighting is an understatement.

Ms. Gonzalez has been doing everything to simply survive over the past year.

Originally from New York, the 65-year-old moved to Charlotte from Florida once she found out her sister Elena was in critical condition at the Mecklenburg Rehabilitation Center.

Ms. Gonzalez spent everything she had to make sure her sister had support.

However, her generosity forced her onto the streets without a support system of her own.

She had little food for herself and her dogs or a stable roof over her head during unforeseen weather conditions.

“These dogs, two of them have saved my life," Gonzalez said.

“It has been difficult I’m not going to say it's not.”

As time went on her sister Elena got much better.

“Prayers help, she came out of that coma, she’s here alive, God is good," Gonzalez said.

“I took it upon myself to kind of dedicate my time towards her and get her in a better situation," Officer Caffray said. “It started with hotel stays and then we got her in a better place closer to her sister.”

Officer Caffray sprang into action rallying organizations like Urban Ministries, Steele Creek Church and the non-profit Heart and Hands to help Ms. Gonzalez and her sister have a better life.

Officer Caffrey also using her resources with Animal Care and Control to make sure Ms. Gonzalez’s dogs had medicine and vaccines.

“I respect them, I love them, I’m here to tell people not all police officers are the same," Gonzalez said. “They are willing to serve their community and help, not at one point did I feel threatened by the police department."

Ms. Gonzalez not only has a roof over her head but a place to call home with her sister and her dogs.