12-year-old set to graduate college with a 4.0 GPA

Mike Wimmer is just 12 years old, but he's already set to graduate from college with a perfect GPA, all while finishing high school at the top of his class. 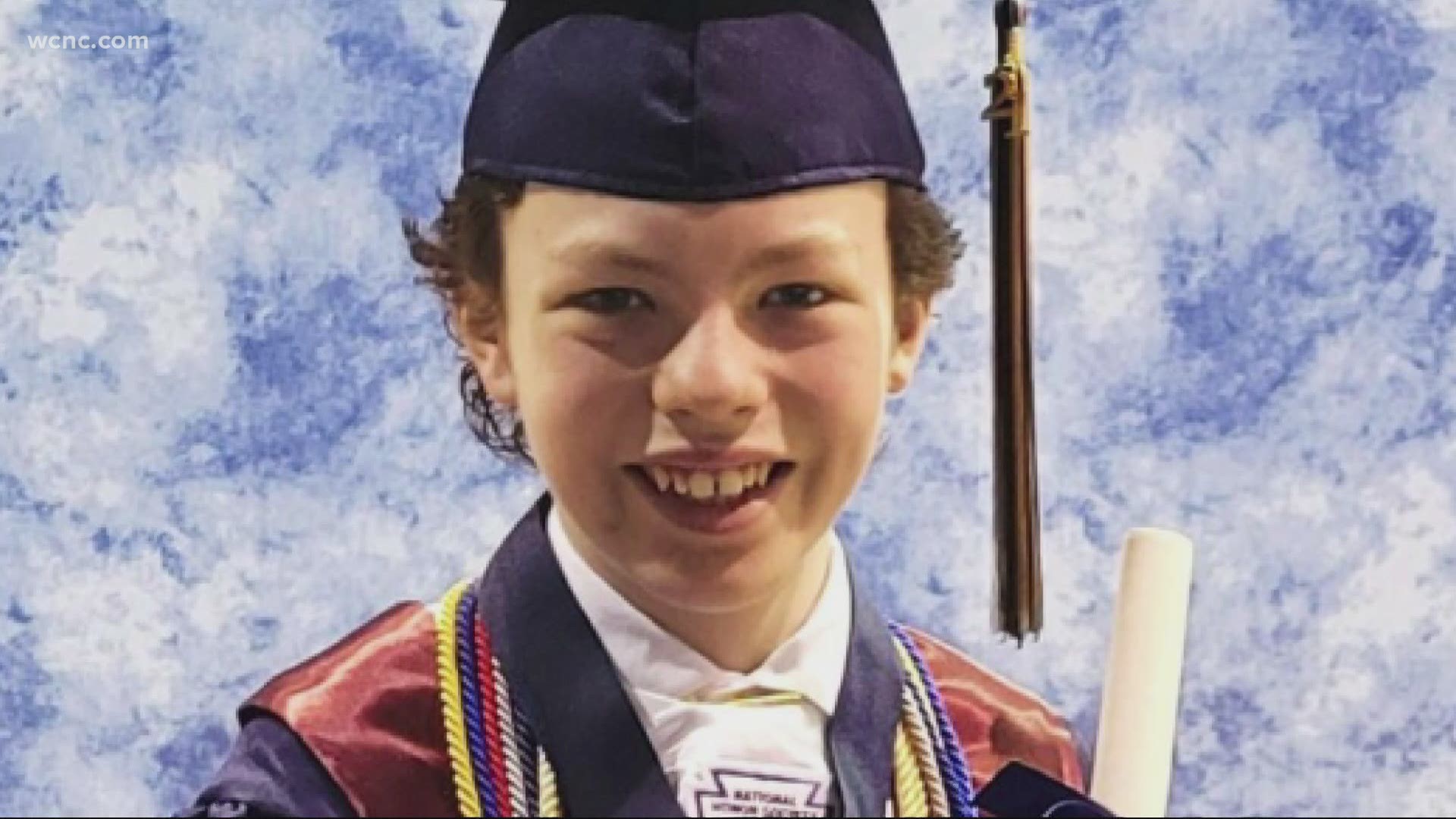 SALISBURY, N.C. — Salisbury 12-year-old Mike Wimmer is a typical kid. He loves to play video games with his friends and play basketball during the summers.

But at just 12 years old, Wimmer is set to graduate from Rowan-Cabarrus Community College with a perfect GPA, all while finishing high school at Concord Academy as valedictorian of his class.

"I went through all of the grades in school at a faster pace," Wimmer said. "I'm like a sponge, I take in knowledge very fast."

While Wimmer excels in almost every subject he picks up. The 12-year-old said science and technology are really where his passions lie.

"I've always been drawn to the science of technology, but I am a very well-rounded student and do exceptionally well in all subjects," Wimmer said.

Wimmer said he's been focusing a lot of his time on improving his writing skills so he can put the knowledge he has in his brain, down on paper. 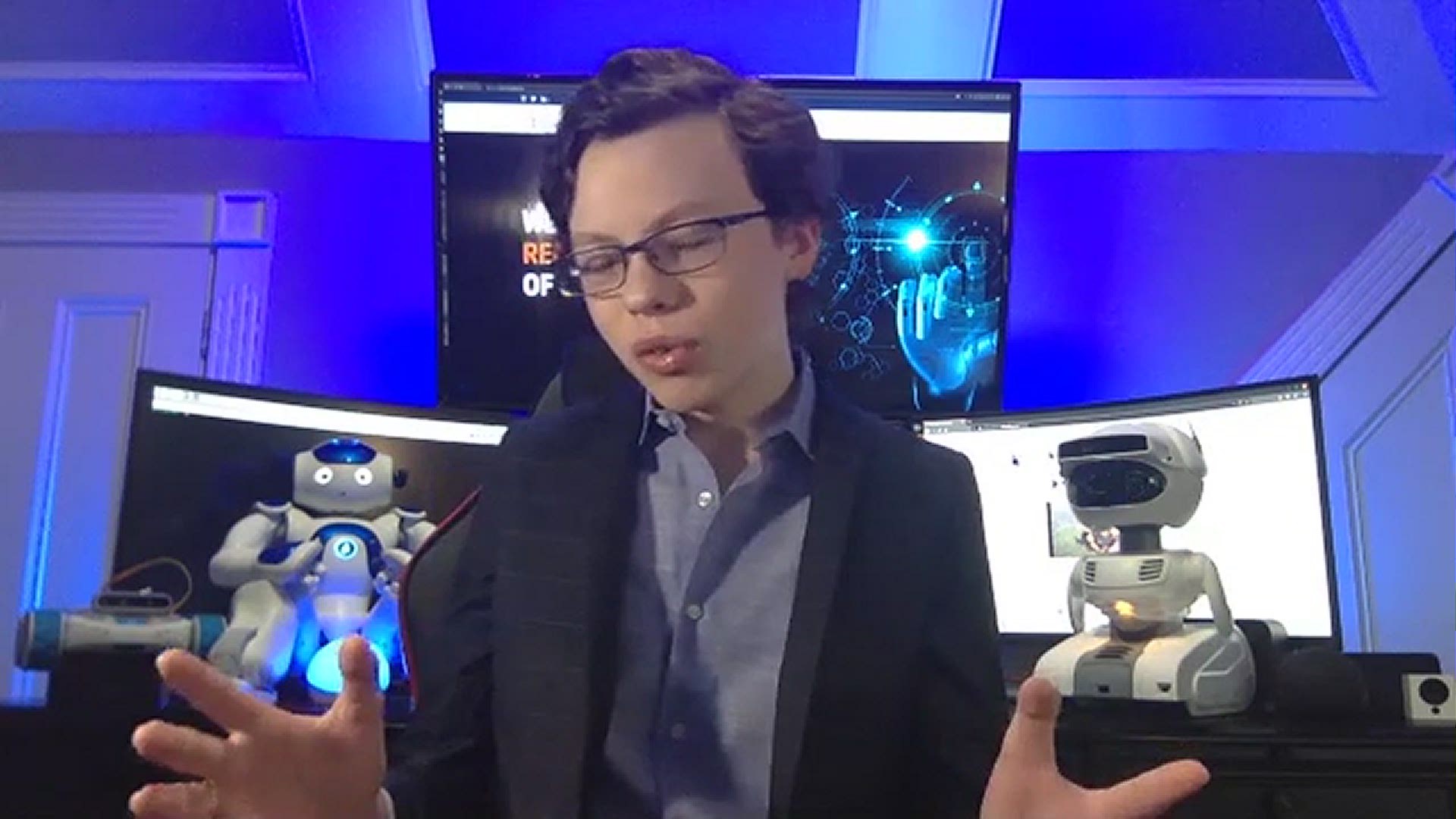 "I can have the greatest idea in the world, but it's no use to anyone if I can't convey it in a way those can relate to it," Wimmer explained.

At just 18 months old, Winn said was interested in technology and learning how it all works and why it works.

"I was really always drawn to it," Wimmer exclaimed. "At 18 months old with my first iPad I started to wonder 'well how does it work?'"

Wimmer said it wasn't until he was five that he actually started to get into computer programming.

No better way to introduce my newest venture, HORIZON OS, than at my high school science fair! I am excited for the future and the tremendous potential this OS has in changing the lives of so many. Finding my way to change the world! #STEM #sciencefair #changetheworld. pic.twitter.com/dLdR4NTiVm

"That's where I really jump-started everything," Wimmer said. "I've grown from there to now learning about a dozen languages."

Wimmer said he is self-taught, which means he never actually took any courses, just learned through trial and error.

"Everything that I know is self-taught," Wimmer said. "So trial and error and online videos and everything."

Along with finishing high school at the top of his class and graduating from college in just two years, Wimmer is also the founder of his second tech startup company, Reflect Social.

According to his website, Next Era Innovations (his first startup), in July 2019 Wimmer was the first kid ever to be award a position and hired by the United States Special Operations Command USSOCOM.

Wimmer said he hopes his robotics another artificial intelligence invention can one day help people live better lives in the future.

12-year-old set to graduate from college

"I really want to make things easier for people, especially whether this IoT thing makes it easier for the elderly or the handicapped," Wimmer explained. "Or is that going to be a robot that's a companion?"

Wimmer's parents, Melissa and Mark Wimmer were grinning from ear to ear when they talked about their son and all of his accomplishments.

"He's worked hard to reach his goals," Mom, Melissa Wimmer said. "When he had obstacles in his way, he figured out a way around them."

His dad went on to say their son does something new every day that just surprises them both. But he said his academic accomplishments are not the only things that make them proud.

"That social and soft skill side of him I think, is the part that's really grown and really impressed us even much more than just the academics for sure," Mark Wimmer said.

The 12-year-old said he plans on pursuing a career in robotics and computer programming. He has been featured in several robotics publications.

Mike Wimmer will graduate from Concord Academy on May 28 and will be graduating from Rowan-Cabarrus Community College on May 21 at their graduation ceremony at the Charlotte Motor Speedway.

To learn more about Mike Wimmer and his many accomplishments you can follow him on his social media platforms: