Avion Anderson got to meet his idol and it became more than jut a standard meet-and-great. 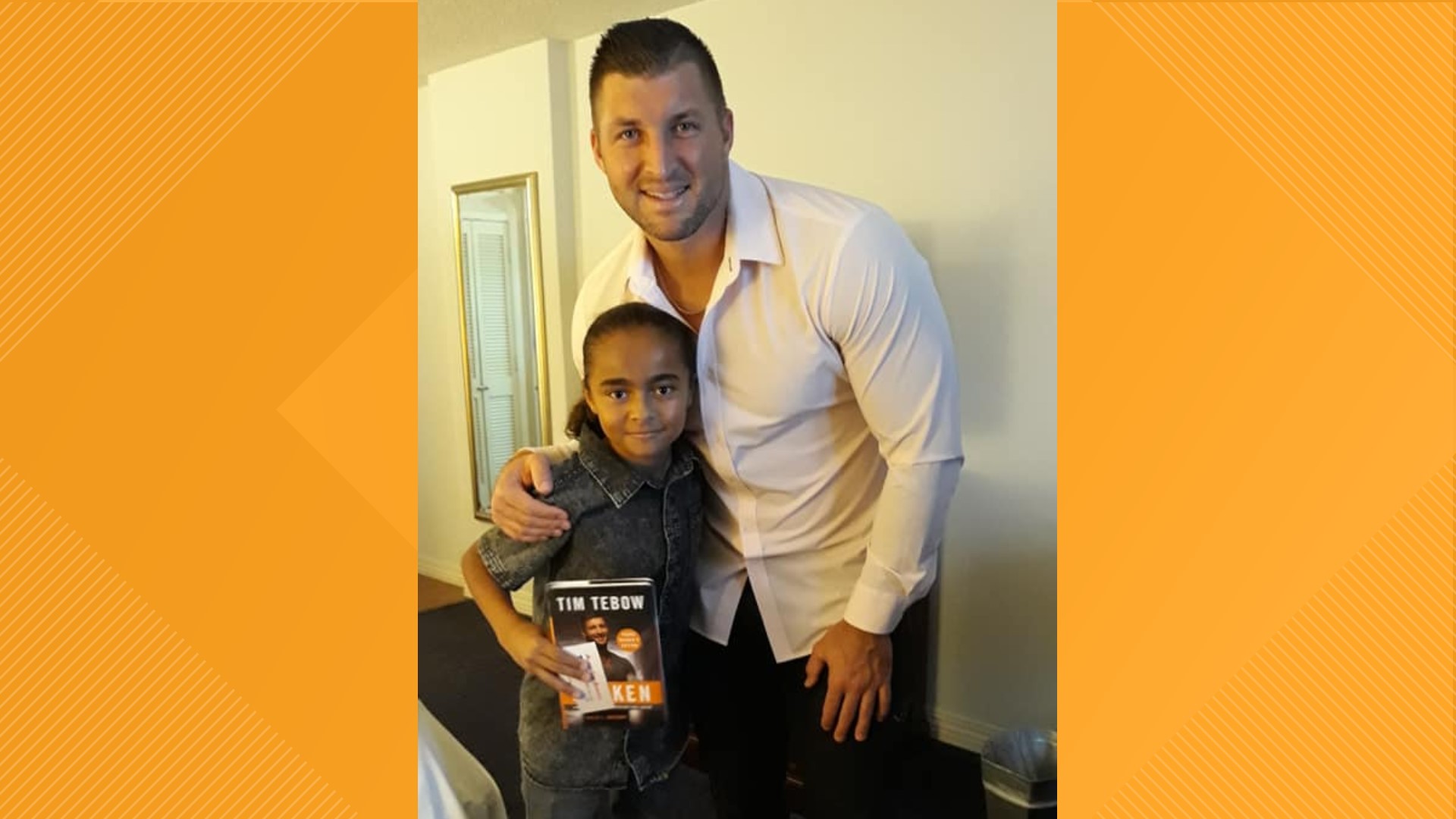 WACO, Texas — For one Waco ISD student, accompanying his mom at a banquet turned out to be a dream come true. To his surprise, he was able to meet a man he says inspired him tremendously.

After receiving Tim Tebow's book as a birthday gift, Avion Anderson never imagined he would have the opportunity to spend time with the famous athlete, let alone get some encouraging words of advice.

Anderson is a sixth-grade student at Tennyson Middle School. He met Tebow at the CareNet Celebrate Life Banquet. He says he models Tebow's words in his own life, especially at school.

"Just giving someone a smile might make their day better. Giving them a high five in the hallway when you pass by them, that could also change their day," Anderson said.

He said Tebow wanted to meet him after hearing about his book project where he redesigned the book cover of Tebow's book.

"In the title, I have a little phrase that says 'stay true to yourself even when life is hard,'" Anderson said.

"I always see him loving on the underdog, the kid in the room who isnt talking to anyone, he is the one stepping up trying to be a friend,” Perkins said. “So, I’m super proud of him."

Anderson says Tebow is an inspiration to him.

"He talks about a lot of situations when he was in as a kid, and an adult. He tells you how to overcome them and how he overcame them,” Anderson said. "that impacted me."