SC woman walking 24 miles to and from work surprised with a new car from co-workers, strangers

Darlene Quinn walked 24 miles to and from work when her only car broke down. She would get in at 4 a.m. 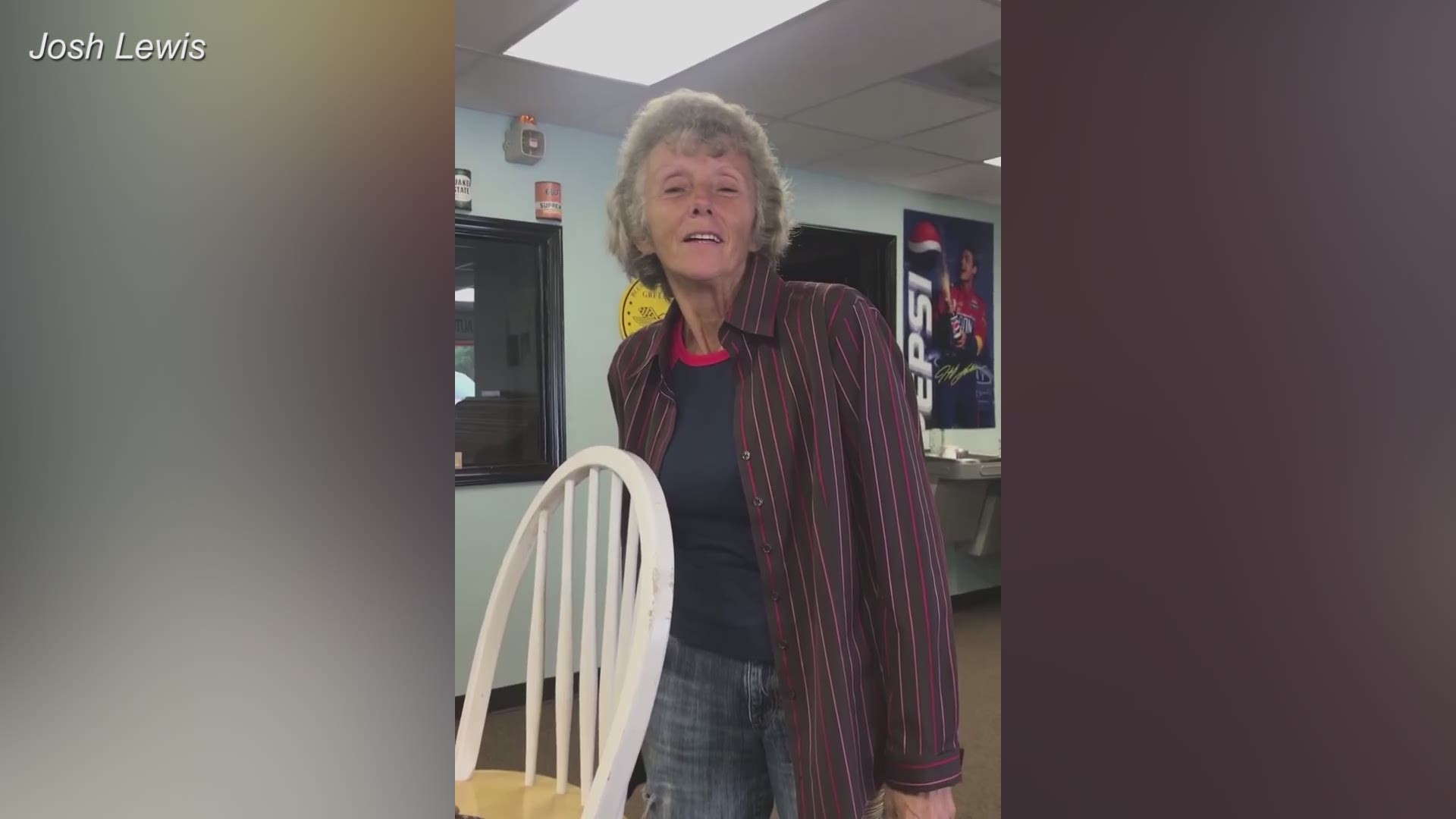 SPARTANBURG COUNTY, S.C. — Every day for the past three months, Darlene Quinn, 60, would walk 24 miles to and from her job at a FedEx store in Spartanburg South Carolina as a package handler.

According to her co-worker, Josh Lewis, Quinn has worked at FedEx for almost seven years. She would clock in at 4 a.m.

Several months ago, Quinn's only car broke down. The transmission went out and the radiator broke. Determined to still make it to work, Quinn walked 12 miles to work and then 12 miles back home, every week.

Lewis said in the past couple of weeks, he and his boss would stop to pick Quinn up whenever they saw her walking.

"She walks in the rain, in the cold, in whatever weather condition she has to in order to get to work and support herself," Lewis said.

According to Lewis, Quinn has been working 6 day work weeks to try and save enough money to buy a reliable car.

"Honestly I admire her! I can't even begin to imagine having to walk that far, then work at a very physically demanding job, then turn around and walk 12 miles back home," Lewis said.

Last month, Lewis created a GoFundMe account to help raise enough money to buy Quinn a new car. Lewis said he was hoping to get her a new car before winter settles in.

"Will you help to show Darlene that there really are good people in this world, in our community, and in our places of work? Will you help Darlene to get a vehicle before the tough winter weather really sets in," Lewis wrote in the GoFundMe page.

Just a week after creating the fundraising page, Lewis announced on his Facebook page that they have raised enough money to buy Quinn a new car.

Lewis shared a heartwarming video of the exact moment Quinn learned she was getting a new car.

"I just want to let you know, there's a lot of people in this community that love you and care about you," Lewis said. "Me and about 100 other people got together and we raised enough money to buy that car cash for you."

Quinn tears up and tells Lewis, "you're gonna make me cry."

According to Lewis, the new car was thanks to many strangers who donated to the GoFundMe page and TV Auto Sales on Wade Hampton.