"I can’t even imagine that they wouldn’t pick up a phone and check if they were at the right place," the homeowner said. 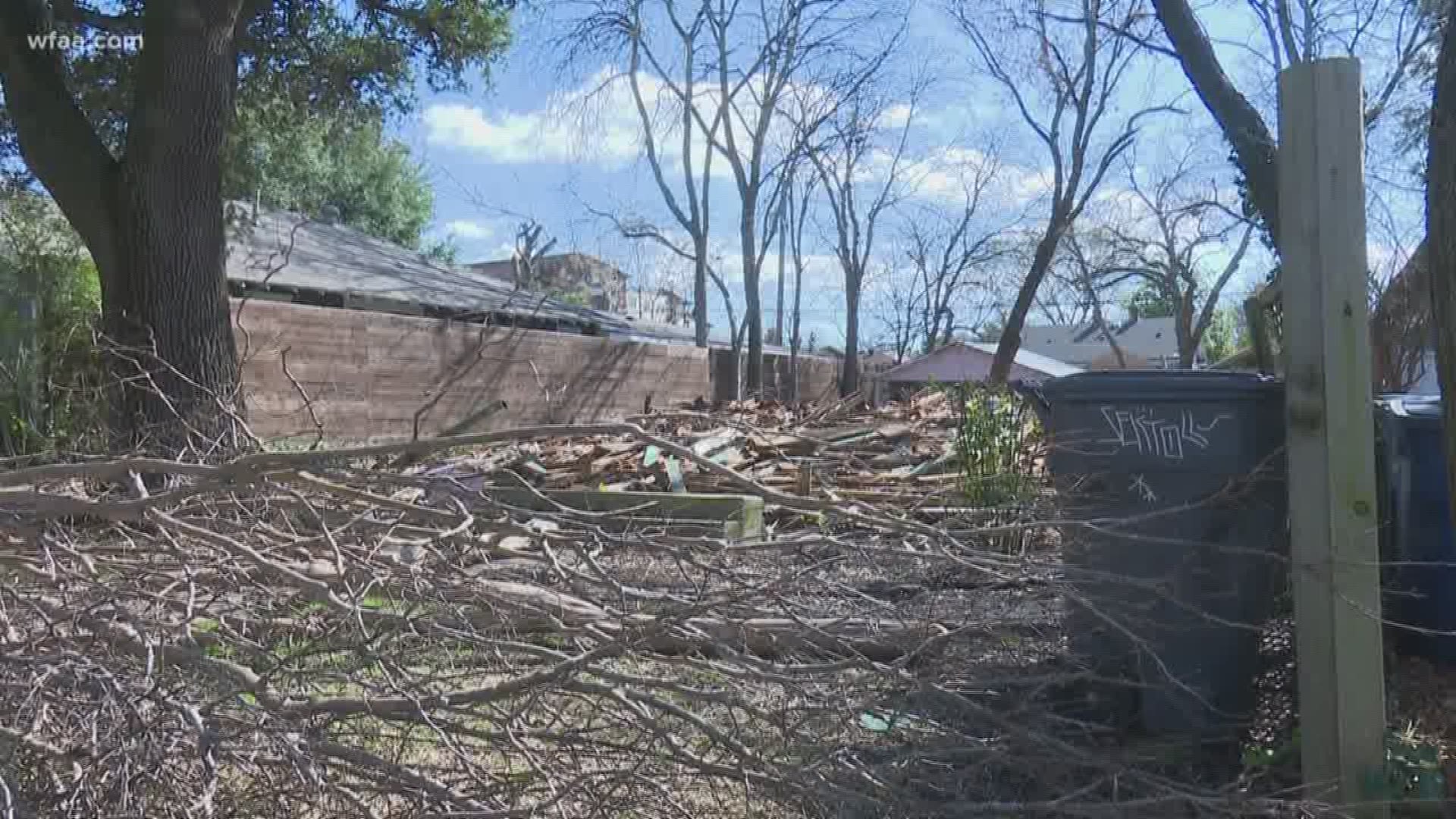 DALLAS — An Irving-based demolition company apologized Thursday for tearing down the wrong home in Dallas.

The home at 5532 Richard Avenue in the Vickery Place neighborhood was mistakenly demolished on Wednesday after JR’s Demolition pulled up in front of the wrong house.

It was a mistake neighbors around the home known as the “pink house” realized right away.

David Walkington lives a couple of doors over.

“We walked over here and took a look at it, and it was just shocking,” Walkington said.

Jeremy Wenninger bought the home in 2019 after the former owner of the home, a friend of Wenniger's for several decades, passed away following an illness.

“I stood in the kitchen when my friend was dying, two months before she passed [in 2018], and she asked me if I would save her home and not bulldoze it,” Wenninger said. “And I did everything in my power to make that happen, and I feel like I’ve just been knocked off my feet.”

Credit: Jeremy Wenninger
An undated photo of the house 5532 Richard Ave in Dallas, TX. A demolition company mistakenly tore it down on Wednesday February 19, 2020.

JR’s Demolition had an active permit to tear down the home at 5336 Richard Avenue, but instead ended up several homes away on Wednesday.

Owner Bobby Lindamood told WFAA his small business made a mistake, but thought they were initially at the correct location.

“The house wasn’t marked [with an address], and it had no power and no gas,” Lindamood told WFAA. “All I can say is I’m sorry. It’s our worst mistake and we’ll make it right.”

Wenninger said the 1923 craftsman home hadn’t been lived in since his friend passed away, but the beginning stages of renovations to the home were underway.

Dallas County property records reflect Robb Hagestad as the owner of the home. Hagestad told WFAA he helped purchase the home and acquire the deed with Wenninger after his longtime friend passed.

Credit: Jeremy Wenninger
An undated photo of the interior of the home at 5532 Richard Ave in Dallas, TX. A demolition company mistakenly tore it down on Wednesday February 19, 2020.

Hagestad added a contractor who had started working on the home also lost tools and a ladder that were still in the home when it was suddenly torn down.

“All the windows were intact, there was plastic covering the hardwood floors,” Hagestad said. “I can’t even imagine that they wouldn’t pick up a phone and check if they were at the right place. It’s insane they would drive a bulldozer through it.”