Local pastor allows worship groups to use in-house studio to film songs and sermons, amid outbreak

Pastor Zachary Lambert with Restore Austin has opened his in-home studio to worship groups, despite risks. 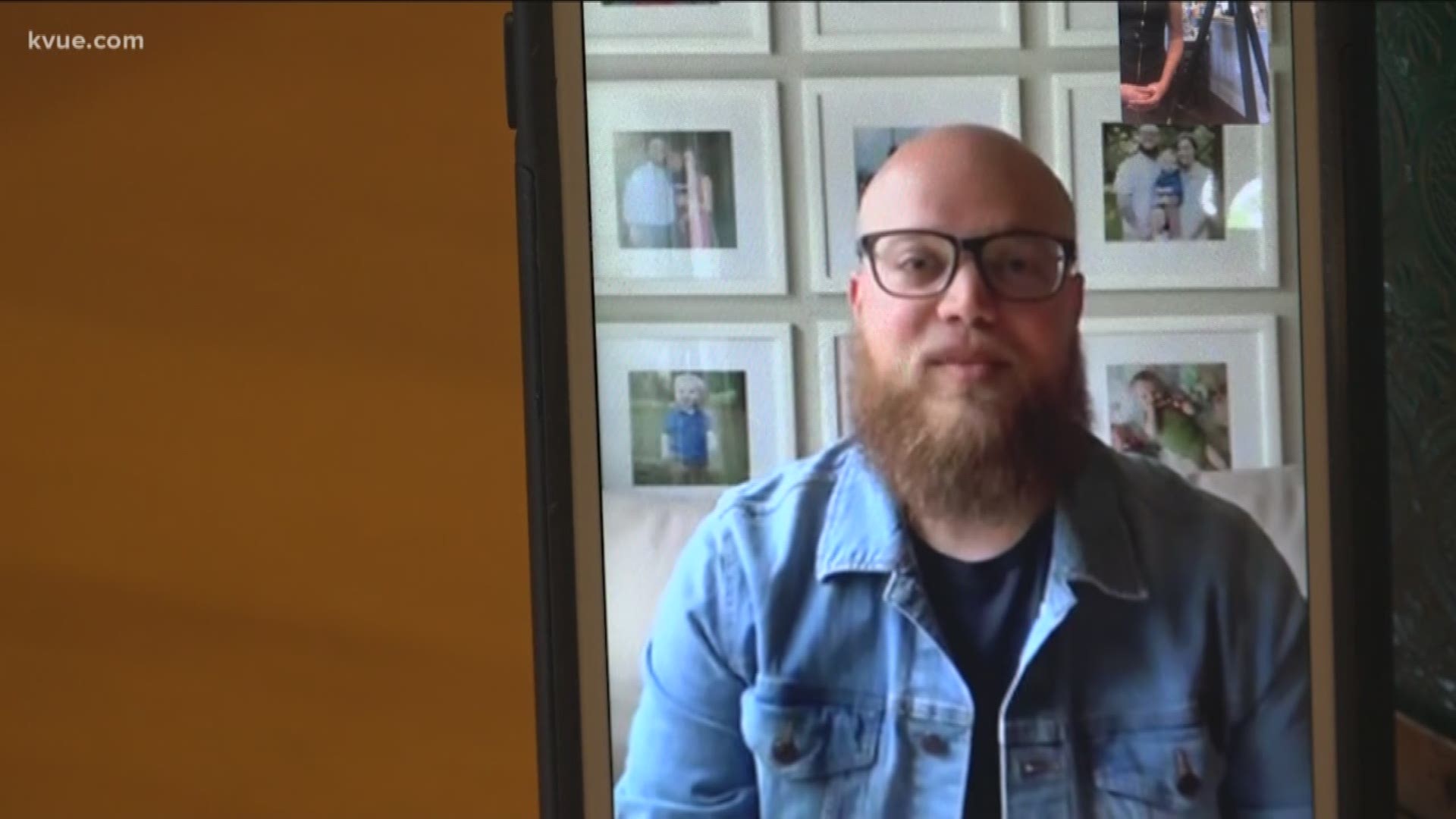 AUSTIN, Texas — Sunday mornings are looking very different for local Austin churches as many pastors do what they can to salvage services and take them online.

Some are even risking in-person gatherings in order to record elements.

Gov. Greg Abbott emphasized this week that religious services are considered essential in Texas, creating a bit of a gray area countering the stay-at-home order.

Pastor Zach Lambert with Restore Austin, said typically his church family worships in the cafeteria of Lively Middle School located on South Congress. But when the school closed, they had to get creative.

They quickly ordered equipment and were able to create a studio inside of a South Austin home.

"We realized a lot of other churches don't have something like this, to where they can still get positive and encouraging messages out there during this time," said Lambert.

Lambert said he blasted out an email to other churches, and just within the past week they've allowed 10 different worship groups to use the space.

Here's how churches are impacted by the Texas essential-services order

KVUE asked Lambert if he's worried sharing the space could spread the coronavirus.

"Sometimes being really, really loving looks different to different people, and so I think it's important to be staying home during this time," said Lambert. "But, on the other side, we don't want to shut everything down that doesn't need to be shut down. That includes the church. The church can still function."

He said each group social distances and the room is deep cleaned frequently. Lambert also said they have a strict rule that if someone is feeling sick, they no longer can utilize the space.

"We had a member from another church that had a paramedic in their band who had been in their band and was possibly exposed," said Lambert. "So we said, 'OK, well our desire is to keep this open as long as possible and help as many people as possible, so we would appreciate if you would swap him out.'"

He said they will continue as long as everyone is feeling healthy.

In Georgia, a cluster of COVID-19 cases in Bartow County popped up in the last week among church-goers who attended services and activities in March.

In Mount Vernon, Washington, a church choir consisting of 60 people went ahead with practice, resulting in dozens of cases and two deaths.