'I know what it's like to not have a Bible': Meet the man selling T-shirts to bring faith to inmates 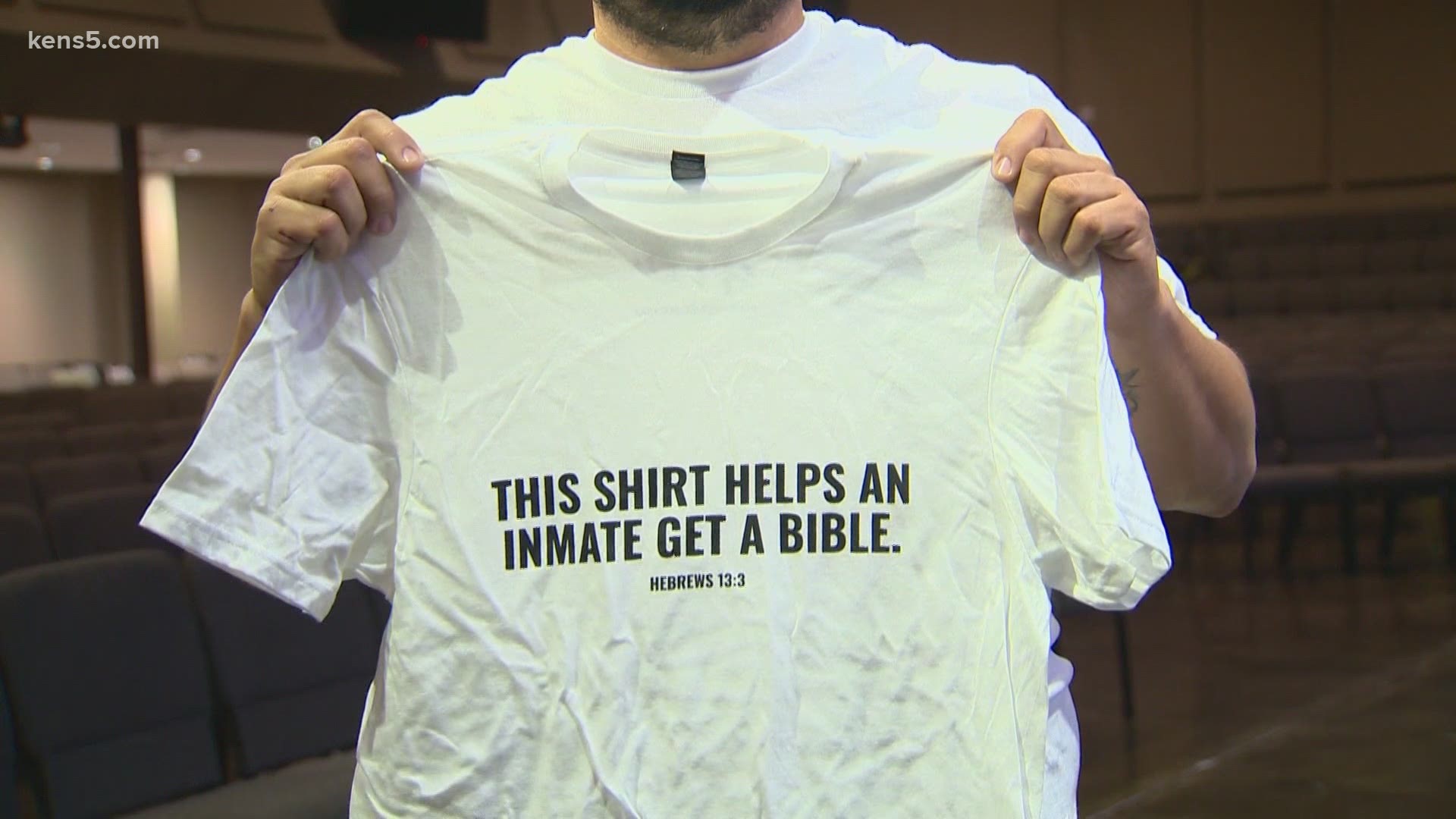 SAN ANTONIO — Church was not a foreign concept to Hector Ginez. His parents are evangelists, and his brother is a worship leader. Ginez volunteered to do whatever the requirement.

"I was going to church," he said. "I would volunteer just because I had to."

Outside of the church walls, Ginez grew more attracted to gateways that would eventually prove punitive.

"As I started getting older, I started to be influenced by the wrong crowd," he said.

Ginez said he liked marijuana and needed to support his habit.

"It was an addiction, and I needed to make money. So that's when I picked up the trade."

At 18 years old, he wanted enough money to purchase drugs and have some leftover cash in his pocket.

Ginez said he ran into a string of friends who helped him elevate his game. One suggested a legitimate job as a barber. He said his father saw he was devoid of employment.

"He didn't know what I was doing, but he knew that it wasn't right," Ginez recalled.

Ginez gave his father a key to his apartment. He remembers walking into the apartment, finding his father praying for him.

"This is not what God has for you," his father said. "I know that I instructed you in the right way."

But the lure of the street drowned out his father's words. By 26, Ginez was not only dealing heroin — he got handed a federal indicted for doing so. Ginez was a minor player in a drug bust regarding Acapulco Barbershops for drug trafficking and money laundering.

Christian Campbell was a friend of Ginez's brother Juan. He was aware of Ginez's issues. Campbell, a member of Gateway Fellowship Church, also saw signs of hope.

The timing seemed suspicious to Campbell because Ginez was nearing trial. He said Ginez bringing his kids to church made him a believer.

"You know, exalting myself can't be the best way," he said.

Admittedly, Ginez said he sought the praise of the street. He said money, cars, women, jewelry and the status that comes with it were drawing him.

"Everything that is temporary," he said.

Ginez eluded a hefty sentence. He got 36 months —  enough time for him to restructure his life.

"Your friends aren't your friends no more," he said. "My relationship with my family and, you know, my spouse and a lot of other stuff---like deteriorated."

Distance from his children and not assisting them in navigating the emotions connected to his situation---and life brought him to his knees.

Ginez got out of prison last October. He wanted to make a faith-based impact. 412 Threads is the result of a brainstorm between him and his brother.

The non-profit is selling T-shirts with Bible verses and messages. He said a monthly part of his profit would buy Bibles for inmates.

Initially, Ginez had a Bible in prison that was missing pages and chapters. He got a leather-bound NIV version as a gift from a prison ministry. He still carries it today.