'If you still have that feeling, get a second opinion' | Knoxville mom encourages parents to be vigilant of signs of cancer in children

She's now encouraging other parents to trust their instincts and pay attention to even the smallest signs. 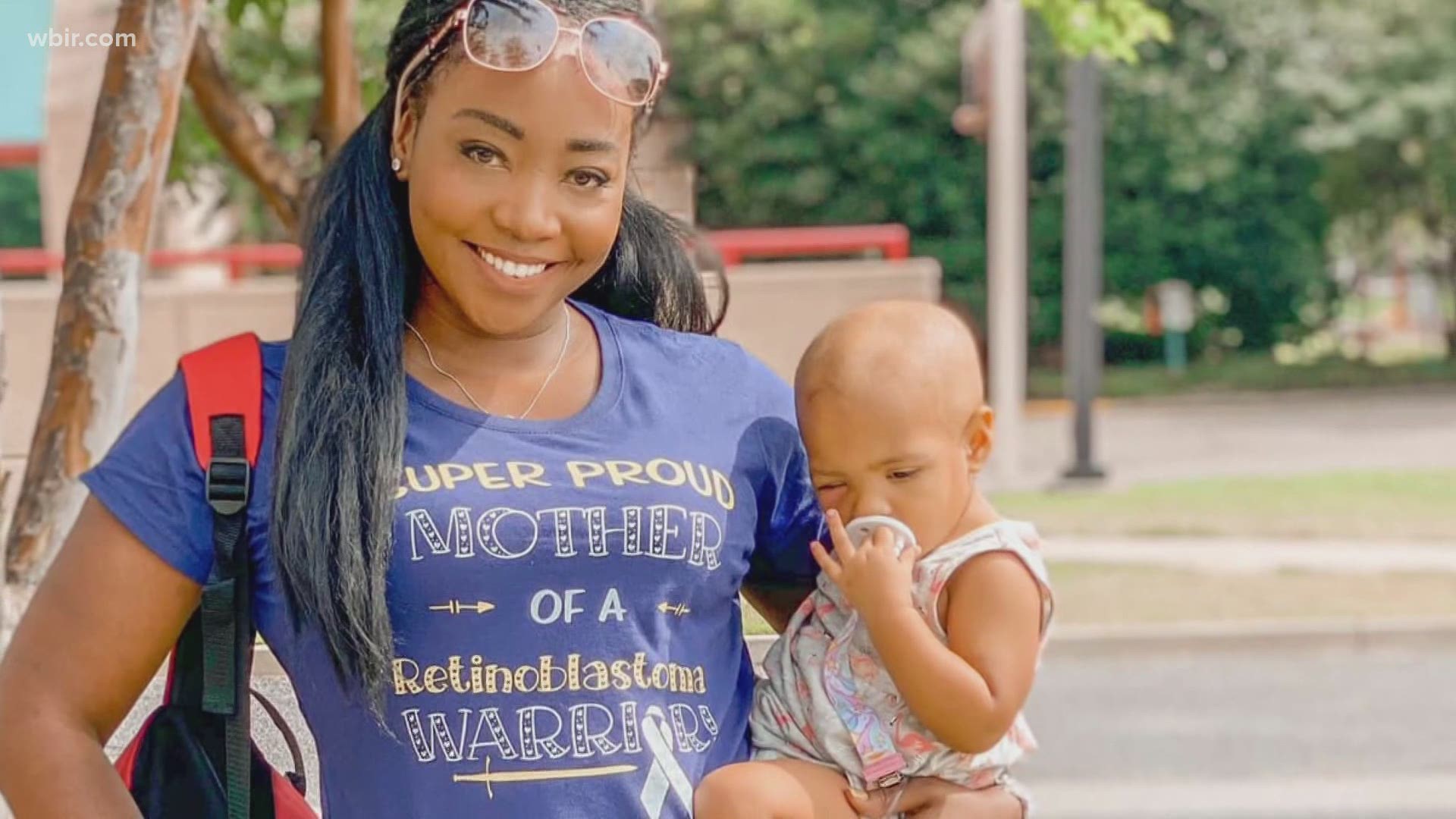 KNOXVILLE, Tenn. — Following a gut feeling led a Knoxville mom of five to find out her youngest had cancer.

She's now encouraging other parents to trust their instincts and pay attention to even the smallest signs.

"It's a hard feeling to explain because my heart dropped," said Jasmine Martin. In July, she took a photo of her 17-month-old, Sariyah, and had no idea what would come of it.

"I'd seen it before and it was small but on this particular day it was huge," the photo showed a big glare in her daughter's eye. She rushed her to the pediatrician.

"I said could this be cancer and the pediatrician told me no."

Even though that's what she hoped was true, Martin didn't believe it.

"By the grace of god a friend from work saw the pictures and she sent them to an eye doctor who said I need to see her in my office first Monday morning."

On that Monday, she found out Sariyah had a cancerous tumor.

It's been almost two months since the life changing news turned their world upside down. "The swelling from the chemo is going down in her eye, she's doing good."

It's been a difficult journey, but it's given Martin time think about what if she didn't trust her gut. "If the first doctor doesn't see anything wrong but if you still have that feeling, get a second opinion."

She's hoping other parents stay alert and aware about possible symptoms in their children.

Sariyah is currently undergoing chemotherapy at St. Jude's in Memphis. Her tumor was removed in August, but there's still a long journey ahead.

You can read more about Sariyah's journey here.

East Tennessee Children's Hospital doctor Ray Pais said they usually seen around 50 new cancer patients a year. While he did not see the Martin's, he has seen similar situations. "They come into the ER and think their kid just has a bloody nose and they have leukemia. Suddenly their world is turned upside down and it's the worst day of their life."

He notes not every small symptom means something could be worse, but agrees with Martin for parents to always be vigilant.

43 children in the country are diagnosed with cancer every day. More than 80% of U.S. childhood cancer patients now become long-term survivors.