"Hundreds of Satanists will now be descending on Scottsdale for an entire weekend," the temple posted on Instagram. 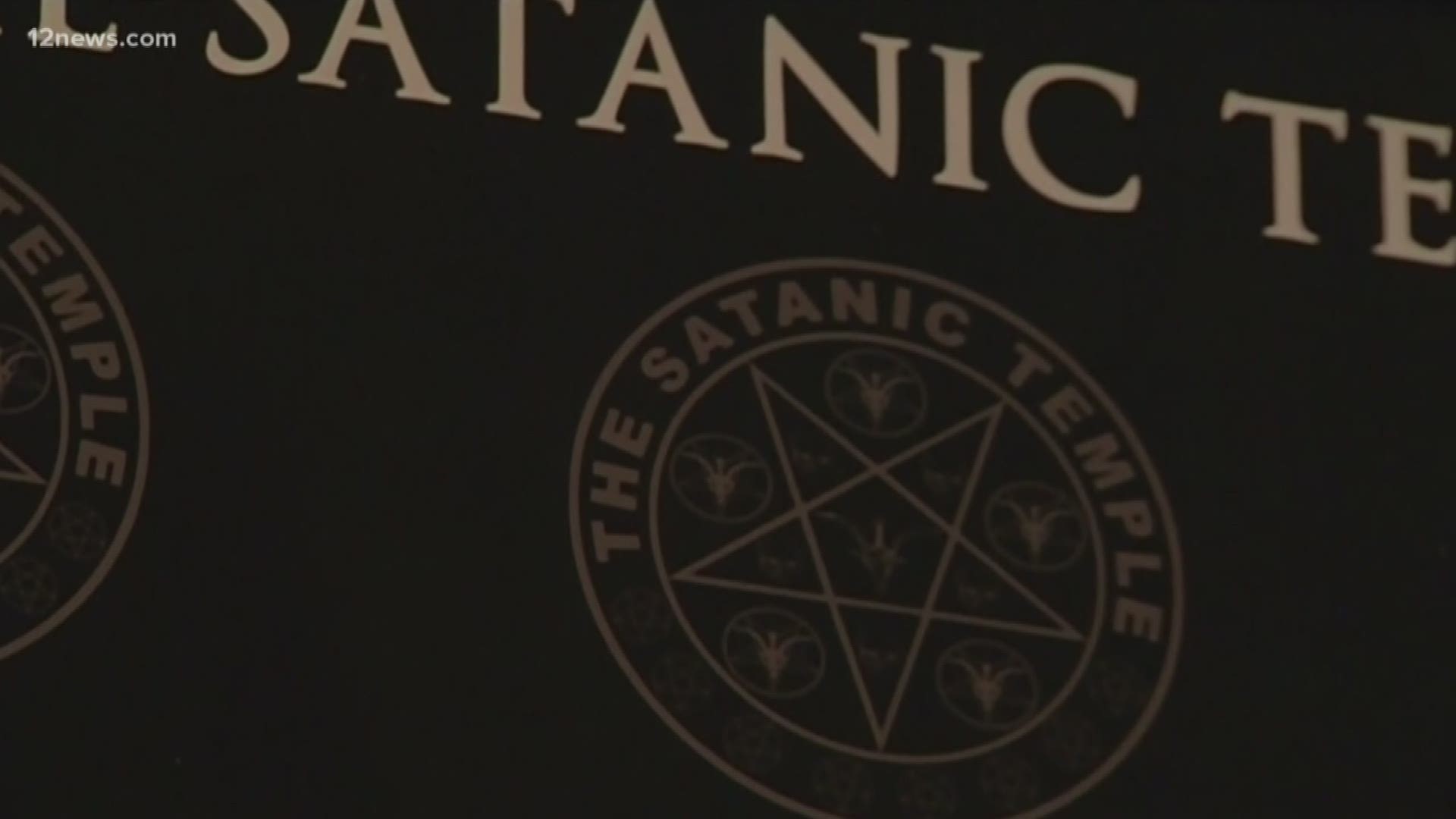 SCOTTSDALE, Ariz. — Editor's note: The above video aired during a 2018 broadcast.

The Satanic Temple of Salem (TST) announced Tuesday that the temple's first national conference is coming to Scottsdale next year.

The conference, called "SatanCon," will be held in the Valley on Feb. 11 through Feb. 13, the temple's Instagram post said.

According to the organization's website, TST's mission is "to encourage benevolence and empathy among all people, reject tyrannical authority, advocate practical common sense and justice, and be directed by the human conscience to undertake noble pursuits guided by the individual will."

SatanCon's choice of Scottsdale is a response to the struck-down lawsuit between the temple and Scottsdale's city council last year.

"The Satanic Temple recently sued Scottsdale, AZ, for refusing to allow the organization the opportunity to deliver an invocation before its city council meetings."

"Even though the city had never rejected anyone else’s request, and both Scottsdale Mayor Jim Lane and Councilwoman Suzanne Klapp celebrated their efforts to prevent The Satanic Temple from delivering an invocation, the 8th Circuit Court of Appeals ruled that the city did not engage in unlawful discrimination."

TST attempted to appeal the ruling earlier this year due to evidence being excluded from the trial, court documents show. A judge rejected the appeal saying that the evidence would not have altered the outcome of the case.

The convention will be held at The Saguaro with the theme, "Lupercalia in Scottsdale," the SantaCon website said. Lupercalia is a TST holiday that congregation members observe as a "hail yourself" day.

"Attendees will enjoy lectures and panels presented by our campaigns and congregations as well as entertainment and a Satanic Marketplace," the temple's website said.

Get the latest Arizona political news on our 12 News YouTube playlist here.