MORGANS POINT RESORT, Texas — It's the time of the year when millions of people are striving to create healthier habits. In this week's Your Best Life, 6 News Anchor Leslie Draffin met a military veteran who said yoga helps her do just that.

Amanda Kemberling wears multiple uniforms. First is the devoted yogi who teaches up to 10 classes a week.

"I think yoga is something that is more than just, you know, you get on the mat, you do some stretches and you get off. You learn a lot about self-regulation, breathing techniques, ways to calm the body, and then have that reflect into the mind," Kemberling said.

Then there is the 1st Lieutenant Field Artillery Officer with the National Guard. Kemberling said she has deployed five times to Iraq, Afghanistan, Qatar, Kuwait, and Jordan.

Kemberling enlisted in the Nevada National Guard 10 years ago and eventually commissioned as that state's first female combat arms officer.

"I enlisted right after high school, and I haven't really regretted it much since," she said.

Kemberling started practicing yoga in 2012 when a friend suggested she try it out.

"A friend of mine, who I actually knew through the Army, told me I should check it out because I was really stressed out. Just managing a lot of things, you know, going from being, you know, a college student to then being a private, and just the stress of all the things going on there. 'I think this will help you,' and it did," Kemberling said.

While her career has taken her all over the world, yoga always brings her home.

"Yoga in my life has just been a consistent. Despite all the change and moving around, I've always had it,” Kemberling explained.

Now, she’s teaching it to others in hopes of helping them too.

"When I was stressed out, I had the tools to be able to calm down to come back to a comfortable place. Different breathing techniques, different, you know, calming stretches movement. It was really beneficial to me," Kemberling said.

Kemberling teaches yoga at several studios in Central Texas. This is her schedule:

She also teaches several monthly classes at Butterflies Prospering Wellness company in Killeen. You can find out about their class schedule on their Facebook page. 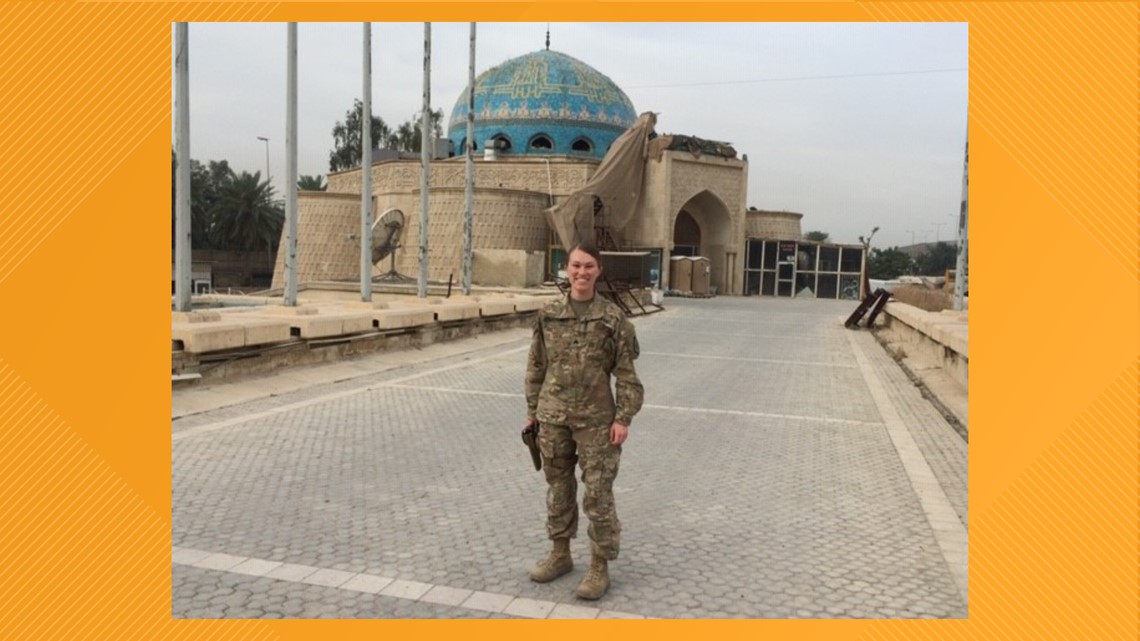