EQ2 is a direct primary care based on memberships, where the relationship between doctor and patient is the number one priority. 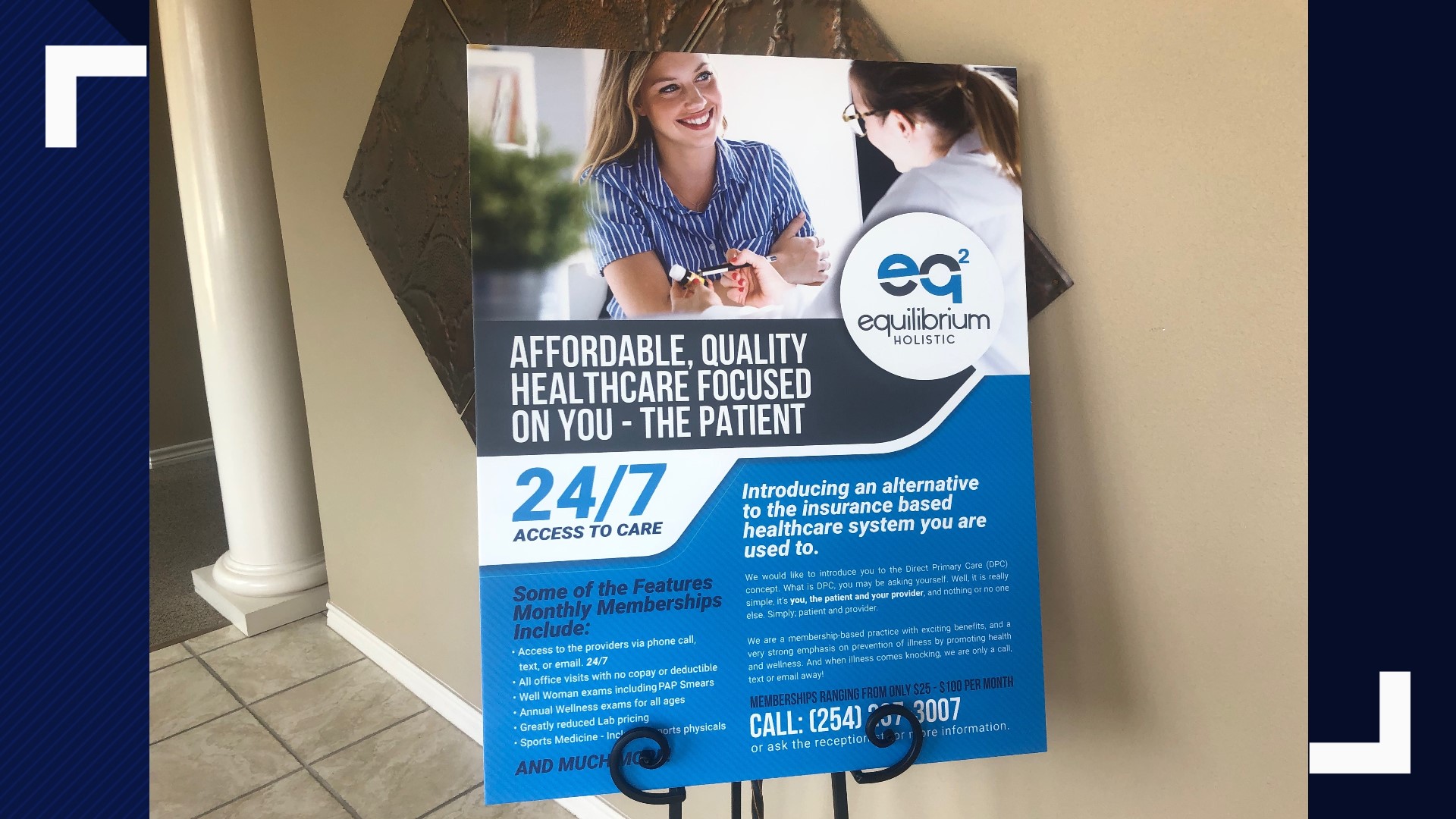 TEMPLE, Texas — A new kind of medical care is now available in Temple. In this week's "Your Best Life" Leslie Draffin took a look at Equilibrium Squared Holistic Health to find out how it's innovating healthcare for patients in Central Texas.

“I would say this is this is the best kind of healthcare that you can get,” Jannette Miller, a local pastor, said.

Miller has been a member of Equilibrium Squared Holistic Health, or EQ2, for about two months.

“I like it because it allows me to really take charge of my own health," she said. "But to do that in partnership with people who actually have knowledge that I don’t, and the skills that I don’t.”

EQ2 is a direct primary care based on memberships, where the relationship between doctor and patient is the number one priority.

"You come in here and they listen to you, and then they add their knowledge and experience to your knowledge and end of yourself," Miller said. "They treat your whole person, and not just your symptoms and they allow you to really take charge."

Dr. Ryan Fowler, who's been practicing medicine for 16 years, opened EQ2 with his partner Kelli Dudley in December.

He said his mission is to remove all barriers between him and his patients.

Miller said that's exactly how it feels at EQ2.

"It’s so empowering, and to me honestly just having a conversation with them makes me feel healthier which makes a difference," she said. "It’s really body, mind and spirit. It’s all of that connected."

Membership prices vary based on patient age, but for that base fee you get 24/7 access to your medical professional.

“Pretty much 24/7 access to me and Kelly by phone, by text and eventually doing some house calls," Fowler said. "We get people in the office when they need, but so much stuff can be taken care of over the phone with pictures and videos."

"We have really cost-effective labs, we do them out of the office and can get great turn around on that," he said. "We can do small surgical procedures here or suturing, removal of bumps, lumps and eventually more things depending on where we go."

During the first consultation, patients go through a long list of questions with Dr. Fowler, something he said is key to treating the whole patient.

“I think what it really starts with is listening to people and getting to the root of whatever their problem is, and that takes time, and it takes effort," he said. "The body wants to be healthy and it wants to be optimal. It’s just our current environment doesn’t give it that ability, and so if you’re able to tweak the environment by supplements or changing habits or diet I think you can really make a huge difference in people’s lives."

People like Miller believe this type of healthcare can change our community for the better.

“I honestly believe that this will encourage people to go to the doctor more because some people avoid going because they are either afraid of expense or they are afraid the doctor will ask them to do something they don’t want to do," Miller said. "For me, sometimes I wouldn’t go because I didn’t like going and they weren’t listening to me. I know more about my body, and my health, and my life, and all of my past, and my stress levels and all those things than they could ever know unless I tell them. And so the fact that they listen and then they help you form a plan is just to me the best.”

Eventually, Dr. Fowler hopes to grow into a one-stop shop for holistic care. He said right now his goal is just to make people healthier.

“I don’t want people to be sick," he said. "I want to see someone running and playing sports and doing whatever they want to do without pain or issues and have a happy successful life.”

You can find out more about EQ2 here.