What started as a small idea out of San Antonio has now gone international. 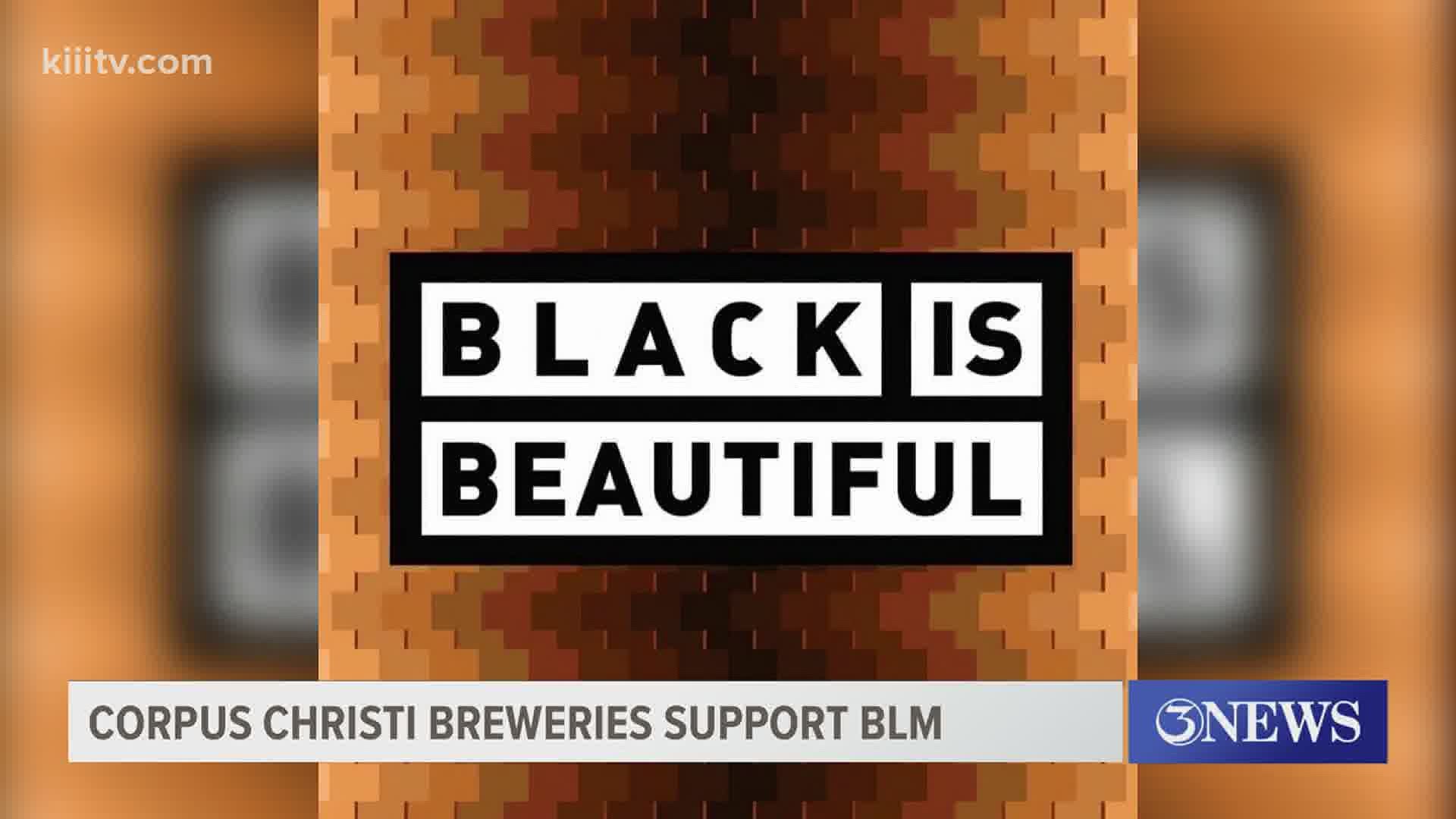 CORPUS CHRISTI, Texas — To continue bringing awareness to racial injustice, breweries from across the world are showing their support by crafting a new beer called 'Black is Beautiful.' 3News visited with local breweries who decided to join the support.

What started as a small idea out of San Antonio has now gone international.

Richard Matthews and Eric Jolly are local brew masters who joined the cause. It was created by Marcus Baskerville at Weathered Souls Brewery.

"Right now, we have all fifty states and there's a current list, and this is as of right now, there's 913 total breweries doing it and 17 countries," Jolly said.

Nathalia Cavazos is co-owner of Rebel Toad Brewing Company; it's another one of the three local brewers in the Coastal Bend to add the new beer to their menu.

"As soon as he posted the initiative, it was a no brainer for us that we wanted to be a part of it and do what we could," Cavazos said.

While all brew masters know it's just making beer, they hope it can also raise social awareness.

"Breweries have always been very proactive when things happen in the community and it's just a really good way to love on our neighbors," Matthews said.

The creators at Weathered Souls Brewery are also asking for the proceeds from the Black is Beautiful beers to be donated to charities that support equality. All three of our local brewers have chosen organizations.