The company released information on the recall, saying it was over concerns of plastic. 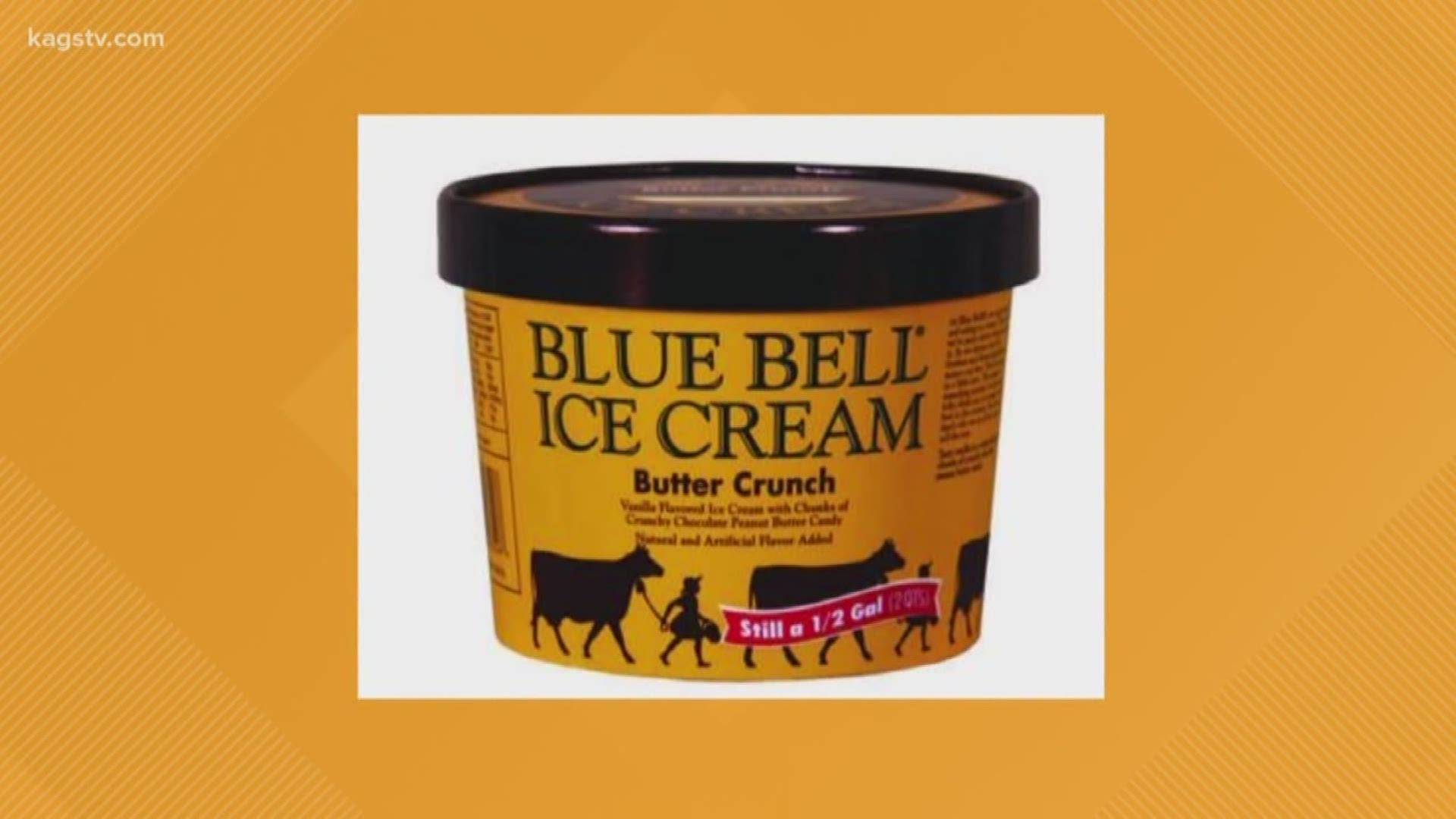 BRENHAM, Texas — Blue Bell Creameries is issuing a recall on a flavor of its ice cream due to concerns there may be plastic pieces in the product.

The recall is for half gallon Butter Crunch ice cream produced on August 26 at its Sylacauga, Alabama plant.  The code on the top of the packaging lid is 082621222.

Company officials said the recall was issued after it was notified by someone who bought the ice cream there was a piece of a plastic tool in the product. After an investigation, officials said they found the broken tool and realized a small amount of the product had been affected.

Credit: BLUE BELL CREAMERIES
Blue Bell Creameries has issued a recall for select half gallons of its Butter Crunch ice cream. The affected product has a number at the top of the packaging lid, 082621222.

The company is recalling all of the product flavor made that day out of caution and safety of its customers.  No one has been hurt at this time and the company said it is cooperating with the FDA on the recall.