Restaurant ready for grand opening, but there's a big problem: 'Jobs are there, but worker's aren't'

Mia's Table, part of the Johnny Carrabba Family of Restaurants, is one of many businesses across the country with dozens of open positions, but no one is applying. 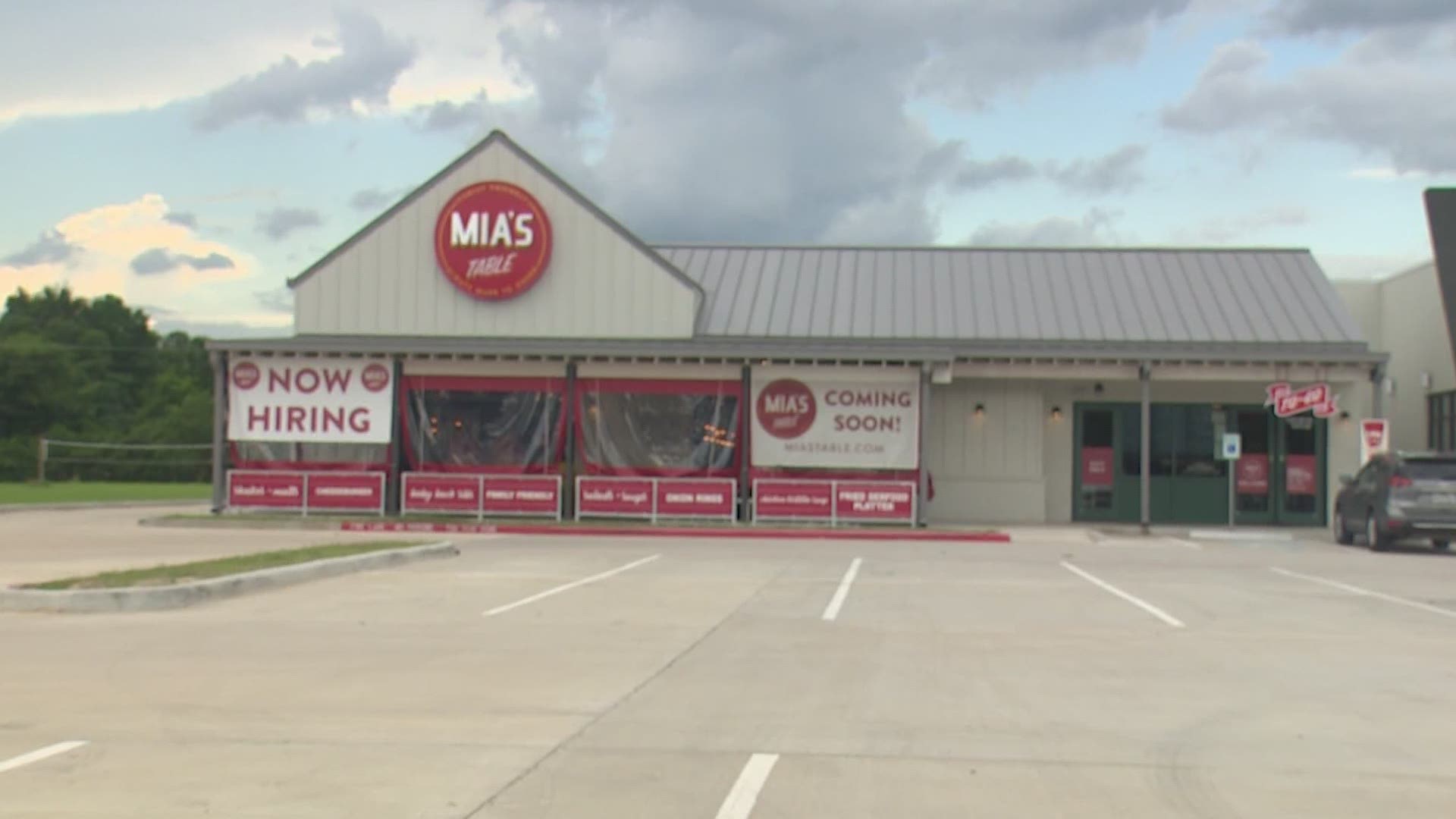 CYPRESS, Texas — Mia's Table in Cypress has been ready to open since May 1, but the "coming soon" sign has not been able to come down.

"We've been ready to go for six weeks," owner and founder Johnny Carrabba said. "They call me, at least once a day and say, 'when are you going to open?'"

Carrabba said that for the first time in 45 years of business, opening a restaurant has hit an unexpected roadblock.

RELATED: US jobless claims drop to 385,000, another pandemic low

"It's puzzling, it really has me thinking what in the world is going on," Carrabba said. "That's the sad thing. The jobs are there."

But the workers are not. The restaurant is spotless, tables are set, lights are on, menus are up, but there are not enough people to fire up the kitchen.

"That kitchen right there, we don't do anything without that engine back there," Carrabba said.

They need 30 people cooking up food to open and have only managed to hire seven.

"You'd almost think there's no one out there to work," Carrabba said.

And it's not just restaurants feeling the worker shortage. Carrabba said he sees it in his suppliers, too. Deliveries are late because they can't hire enough drivers.

"It's trickling down to everybody," Carrabba said. "If you drive around town, everyone has signs and most businesses are offering bonuses."

Mia's Table is doing the same, offering $250 as a signing bonus for all new hires. They're trying everything they possibly can to get people to work.

Carrabba doesn't know for sure how long the worker drought will go or when Mia's Table in Cypress will finally open.

He admits it's an optimistic guess from a business owner who wants to dish out jobs.

"There's no shortage of opportunities, but you have to work," Carrabba said.