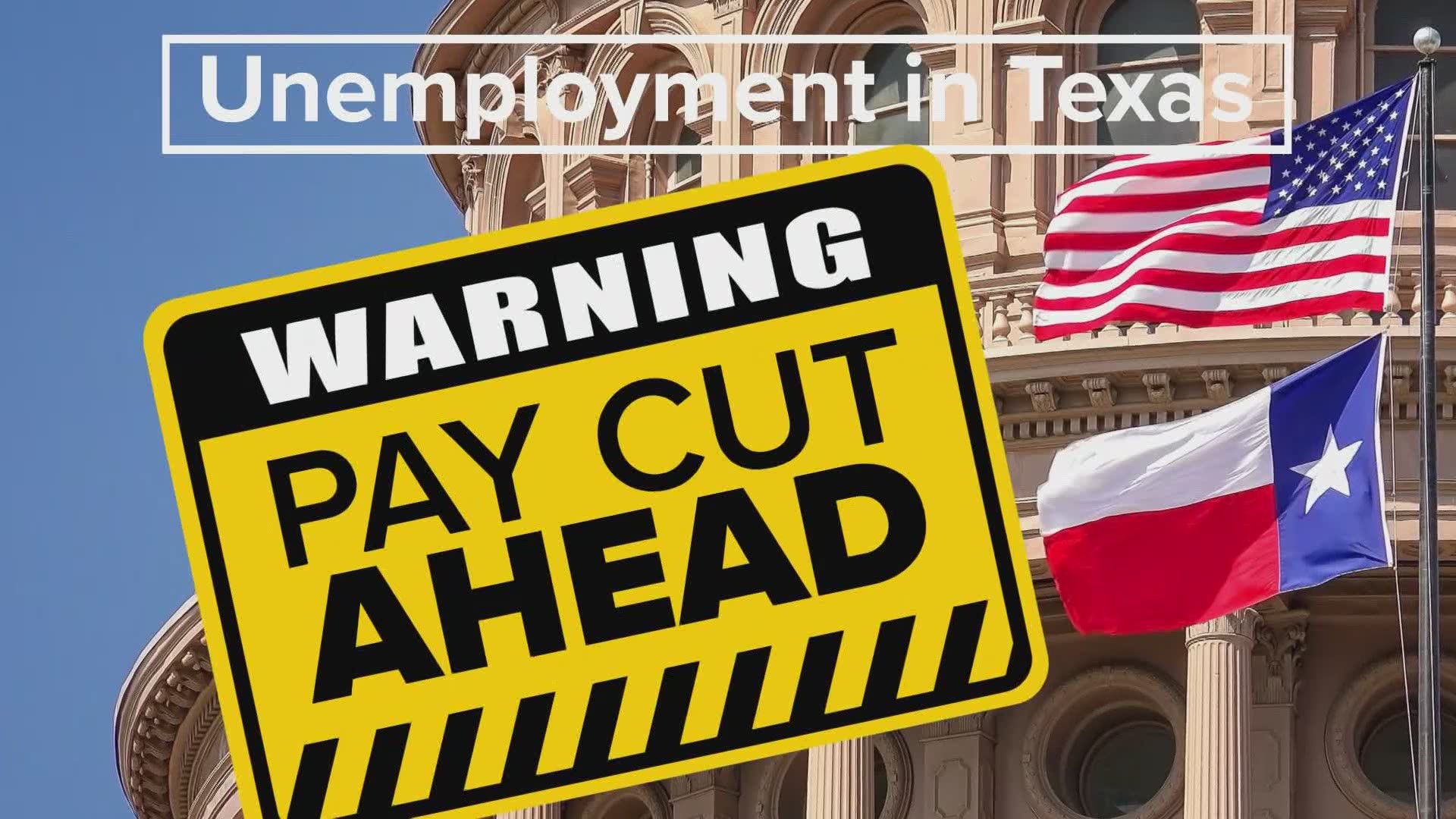 DALLAS — Reminder: If you are receiving unemployment in Texas, you are getting a pay cut later this week. Gov. Greg Abbott is pulling Texas out of the federal $300 weekly benefit on June 26.

Some on unemployment will lose $300 per week. Others will lose their entire weekly payment. That includes people who are getting unemployment only because of expanded eligibility under federal pandemic programs and those who are now getting federal additional weeks of benefits. The Texas Workforce Commission confirms:

RELATED: VERIFY: Yes, the IRS is mailing refunds to some taxpayers who claimed unemployment benefits

The extra $300 weekly unemployment payments approved by Congress and President Joe Biden is scheduled to last into September. But Abbott says plenty of jobs are available in Texas, so he is canceling the extra federal money early in order to push more people to get back to work.

RELATED: Fear of COVID-19 will no longer be acceptable reason for Texans on unemployment to turn down jobs

It’s unclear if that will happen so easily. Career platform Indeed recently found that in some states where the federal payments were about to be ended early, the number of job searches actually declined.

If you are planning to search, Indeed also found that job postings in D-FW are up 33.7% from the number of openings just before the pandemic.