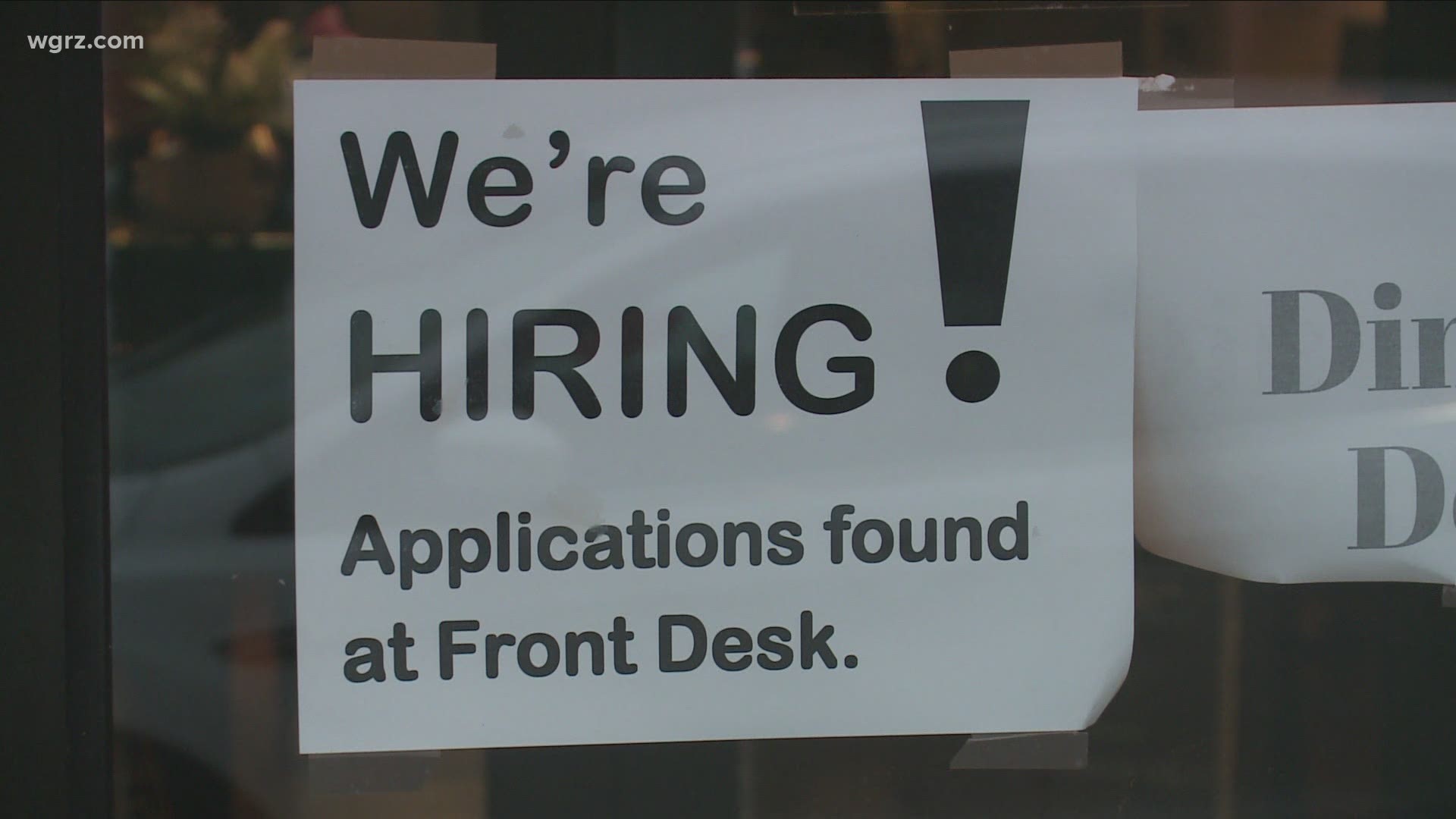 Business leaders say while it is definitely a factor, this shortage actually goes way beyond the oft heard explanation that enhanced unemployment compensation may be keeping some would be previously laid off workers to just stay home.

"If you go back to pre-pandemic there were a lot of open jobs that were difficult to fill in a lot of different industry sectors," Gallagher said. "That has now basically, basically resurfaced with some added pressures."

Gallagher brought up some additional points.

"You have daycare issues with moms who don't know if their kids are gonna be in school full time or not so they haven't returned to the workforce."

There is also the graying workforce according Gallagher who mentions, "Accelerated retirements in some key fields like manufacturing and education — healthcare. People who were on that retirement bubble and thought 'oh, I'll work a couple more years.' With the pandemic - they're out."

And again she says larger corporations are hurting with workforce gaps.

"M&T with recruiting for their Tech Center," Gallagher said. "Moog recruiting talent for their shops. They are working hard to get talent and these are premium employers. So employers are doing a lot of things including increased wages and flexible hours."

Also Gallagher says it's a double edge when it comes to that remote workforce element.

"We have some employers that are saying gosh - this is great," Gallagher said. "I can now with remote work - I can recruit talent that I can't find here in the region and they can work for my company and they don't have to move here. But the reverse is also true. We're hearing from some employers whose very good talent is being picked off by New York City and other places where people can stay in Buffalo and earn a better wage."

Going back to smaller businesses, the Ted's Hot Dogs restaurant chain was running in person interviews Tuesday as they hoped to find 65 new staffers. This happened after they had to actually close down one location for lack of workers.

Ted's Hot Dogs Human Resources Director Sara Erb told 2 On Your Side, "Crew members, our food truck all of our stores. It's been really a big struggle the last couple of months to really try to hire because we're getting back to those normal levels you know after COVID and we're kind of getting back to those full dining rooms."

Erb spoke about their recruitment efforts.

And now they're looking at certain incentives like flexible hours, cash bonuses for current workers to refer a new prospect, and allowing gratuities from customers who appreciate the staff, which is a break from the traditional fast food environment

"We have started tipping - allowing tipping of our employees so they can get that great benefit of customer service we're giving," Erb said. "Food discounts, we have all sorts of benefits for eligible employees."

And as it turns out Ted's is also tapping a younger hiring pool as Erb says, "We hire 14 and above. We get a good mix of high school students coming in. They can come start work for us, get trained and when they come back year after year they can do more and more and work more and more. And we just love having them start."