UPS said it anticipates crushing demand over the next month, expecting "a peak within a normal peak compounded by another peak." 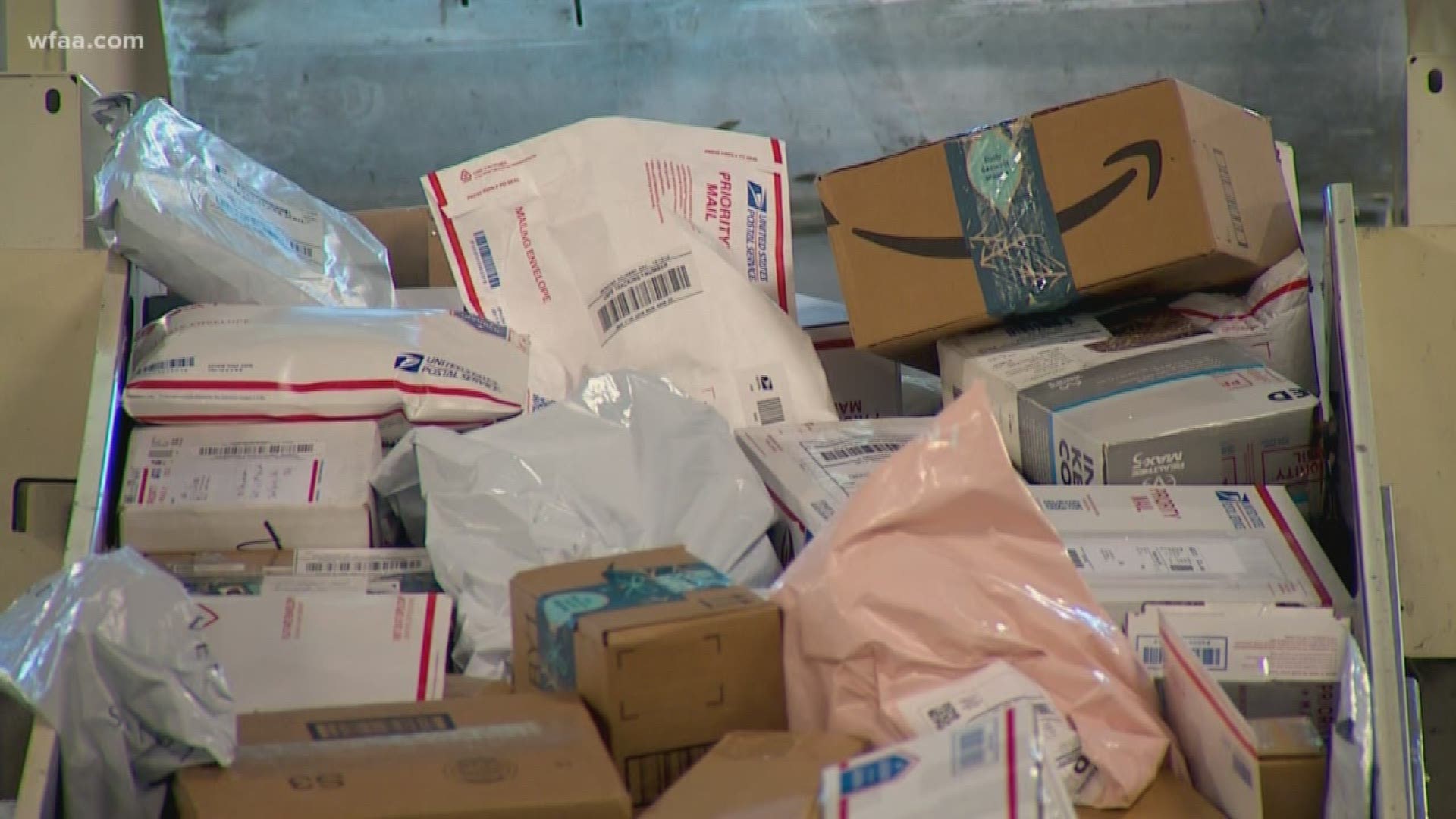 DALLAS — Don’t wait until the last minute to complete holiday shopping, experts warn, because the supply chain is unusually stressed this year and millions of packages might not arrive on time.

“We’ve been watching this pain for months,” said Aaron Armistead, a vice president for NFI Industries, a privately-owned transportation services company with thousands of tractor trailers and over 50 million square feet of warehouse space.

But over the next month, three specific issues could create uncertainty, Armistead explained in this week's episode of the Y'all-itics podcast.

First, there’s already a back-up in the supply chain as businesses try to increase their inventories after the economic slowdown caused by COVID-19. Second, the virus has fueled a surge in e-commerce. And third, simply add in a typical holiday shopping season.

Combined, Armistead said, it means the supply chain is unusually stressed this year.

To listen to the full conversation on this week's episode of Y'all-itics, subscribe wherever you get your podcasts:

Another logistics consultant estimates that three billion packages will be sent in the U.S. this fall. But because of the stressed supply chain, up to seven million a day could arrive late.

“I think the conditions are definitely there for disruption,” Armistead added.

Fearing a barrage of late arriving packages, Armistead said he and his family completed their Christmas shopping long before Thanksgiving to ensure theirs arrived on time.

For the rest of us, it’s not too late, he said, but don’t delay.

Some companies are imposing delivery surcharges this year and refusing to guarantee on-time delivery.

Last Friday, for example, a typical semi-truck trade route between southern California and Chicago cost three times its normal rate to move products and retailers were paying it, Armistead said. That added expense reduces the profit for retailers or might mean that consumers will pay more.

The alternative, Armistead noted, is to have no product at all.

UPS said it is trying to quickly increase its workforce, anticipating a crushing demand over the next month.

“We really expect this to be a peak within a normal peak compounded by another peak,” said Milton Bennett, UPS Human Resources.

“We expect, as always, that number typically will double as we get into the peak season,” Bennett added.

But the numbers are dramatically higher than UPS expected.

“We still have 1,200-plus jobs remaining,” Bennett explained. "So, here in the Dallas Metroplex area, I’m just going to key in on areas like Dallas, Keller, Justin and even if you push up the tollway in Plano, we’re putting on many, many more driver helper positions.”

Most of the jobs open now are seasonal like driver helper positions, and package handlers, Bennett said, but 40% turn into full-time opportunities.