Gas Buddy: Gas could reach as low as 99 cents a gallon in some parts of the US

An ongoing oil price war and the weakened economy due to COVID-19 are driving prices down. 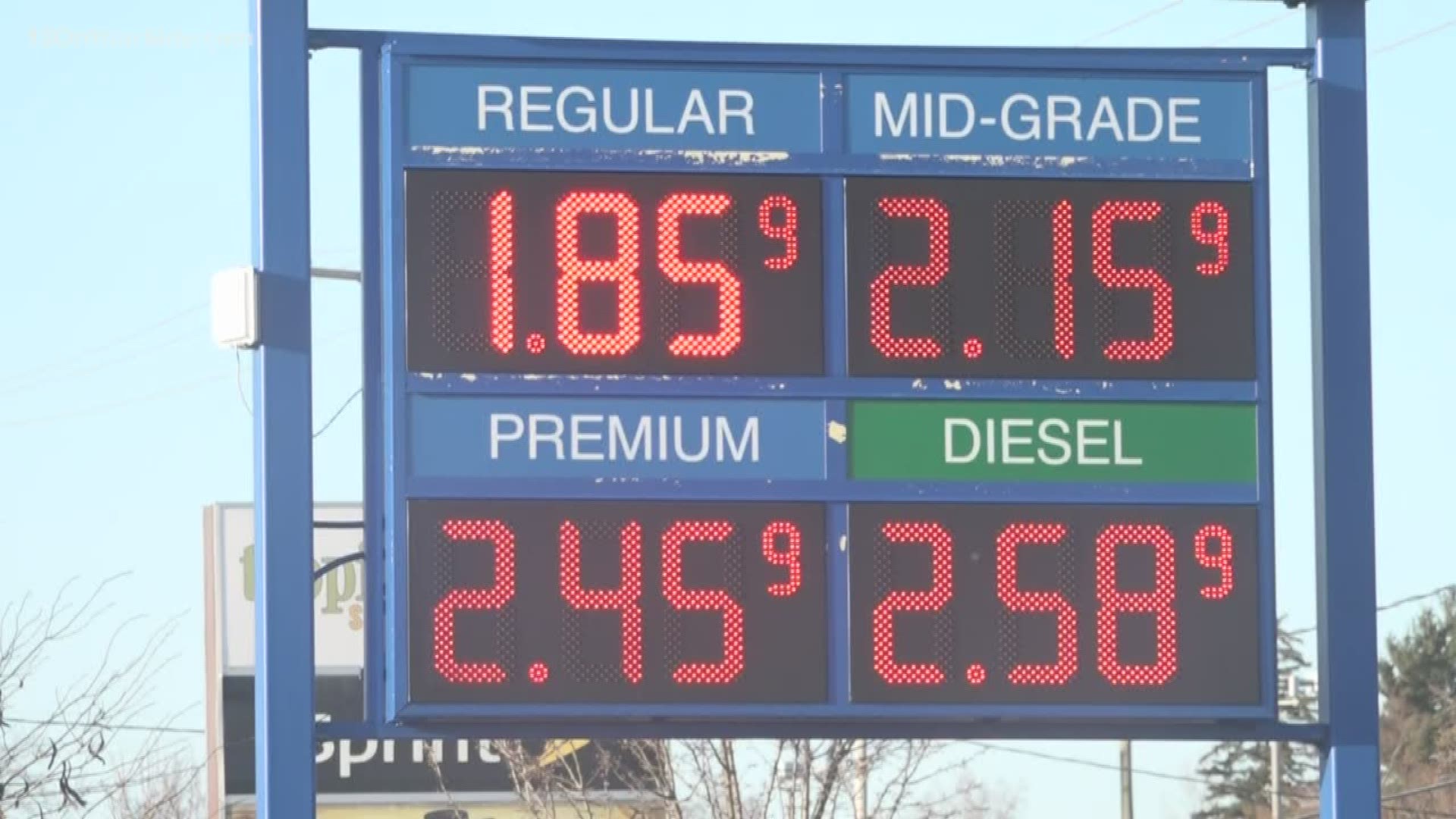 HOUSTON — As of Wednesday the national average was $2.22/gallon and the Texas average was $1.93/gallon, according to AAA.

But that price will likely be going even lower, according to a spokesman for GasBuddy. Patrick DeHaan tells WZZM oil prices have recently dropped to the lowest cost in ten years.

"You ain't seen nothing yet. There’s more downward potential in the days and weeks ahead. We could go down another 20, 40 cents a gallon," he explained.

RELATED: How will collapsing oil prices affect Texas? It depends on these two factors, experts say.

Why are oil prices falling?

Analysts atttribute the sudden drop in the price of oil, which is not good news for Houston's economy, to a price war as well as the weakened economy due to COVID-19/the new coronavirus.

"We’re not driving as much and that is happening around the globe. Italy, France on lockdown, the Chinese cities were locked down. This is all meaning lower oil demand," he explained.

There is also tension in the industry with leaders arguing over production levels.

"There was a fist fight, essentially a cat fight if you will, between the largest oil producers, Saudi Arabia and Russia. Instead of cutting production, they boosted production, and that’s what’s giving us with low-price environment. But if it wasn’t for coronavirus, they wouldn’t have had to have those conversations," DeHaan explained.

He added that the lack of demand created a "speedway effect" in which gas stations get competitive to match the lowest price.

"The speedway effect is really bringing prices down much faster here in the Great Lakes than anything else... That could actually push us deeper into more discounts and could push prices to that 99 cent a gallon mark," DeHaan told the Michigan TV station.

While lower prices may be good news for drivers, DeHaan said it could be a sign of what's to come for the economy.

"It’s the sign of a struggling economy, and the real collateral damage could be tens of thousands or hundreds of thousands of jobs in the oil and gas industry that are suddenly at risk, because oil prices haven’t been this low in 10 years," he said.

(WZZM contributed to this report.)

RELATED: How to file for unemployment in Texas if your job is affected by coronavirus