After an ongoing battle to stay open in an increasingly streaming-heavy world, the store is permanently shutting its doors. 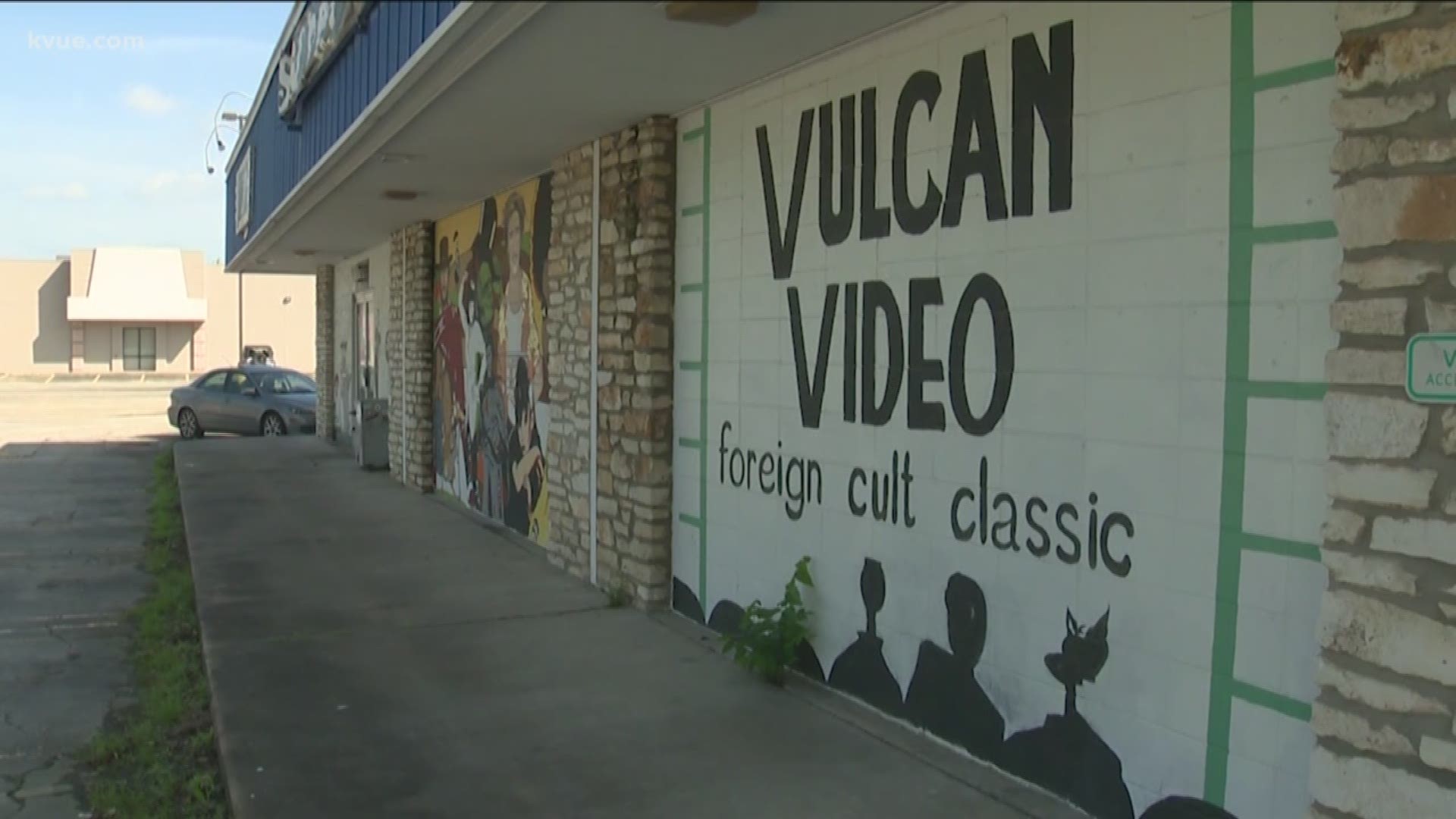 Co-owner Dian Donnell informed employees in an email that the video store is permanently closing, she confirmed to KVUE on Tuesday.

According to our partners at the Austin American-Statesman, in the email, Donnell cited the coronavirus pandemic, saying that Vulcan Video's operators have "closed the store, and we have no way of knowing when it will be safe to open again, for both employees and customers."

Donnell also wrote, "Despite the community support and the enduring value of our film collection, the business, as it is, does not generate the income to support itself. It's the perfect storm to call it a day."

The store first opened in 1985. Donnell started it and later co-owned with her son.

“I started it actually in 1985, and it was back when there wasn’t too much going on. VHS had just come out and you couldn’t really find good movies," Donnell said. “The DVD thing came along and so we had to totally replace all the VHS with DVD.”

On March 22, Vulcan Video announced that March 23 would be their last day open until further notice. On March 24, the store's website stated that customers should keep the items they had rented until after April 13 or until the "Stay Home, Work Safe" order was lifted.

The store posted on Facebook Tuesday, saying in part, "If you currently have movies rented from us, stay posted on where to return them once it is safe to do so."

“Thank you to all the customers because they made this happen. If they hadn’t come in and rented movies, it wouldn’t have lasted at all," Donnell told KVUE.

'People want to show their love and pride for places like this': Vulcan Video gets support from the community

The pandemic's effects were the final blow in an ongoing battle Vulcan Video has been fighting to stay open in a streaming-heavy world. Last summer, staff started a GoFundMe campaign to encourage fans to donate to help them keep trekking and cover basic expenses like rent, utilities and wages. The campaign ultimately raised $32,942 of its $35,000 goal.

"The epitome of a mom-and-pop shop," Matt Taylor, Vulcan Video's operations manager, told KVUE in July 2019. "This is my, like, home in Austin."

The store started off at a location just behind Guero's on Elizabeth Street near South Congress Avenue. That location closed in 2015. The North Loop location closed due to rent increases in late 2017, according to the Statesman. The store moved to its final location on Russell Drive just off Ben White Boulevard in 2016.

In November, Vulcan Video announced it was under new management.

Donnell told KVUE there is no word yet on what they will do with the store's massive collection of movies but in some way, they hope to keep the collection together in Austin. Donnell also said she and her son don't own the building where Vulcan Video is located, so the space will go back to the landlord.

Travis County has second-highest number of COVID-19 cases per 10,000 people among Texas' most populous counties